Editor's Message: Where Do You Get Your Wood?

Editor's Message: Where Do You Get Your Wood?

Ever wonder where other CMs buy their lumber?

According to SBCA’s 2018 Financial Performance Survey, on average lumber accounts for 39.1 percent of the total cost of goods sold. Given the component manufacturing industry’s reliance on this raw material, SBC Magazine recently conducted two surveys of component manufacturers (CMs) to better understand who they buy lumber from and what grades they typically buy. Let’s look at what respondents said about their purchasing decisions. 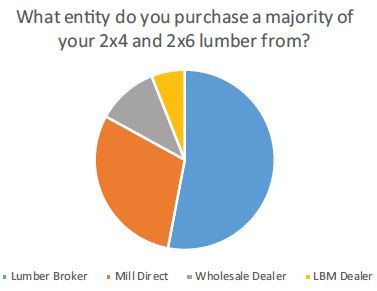 CMs vary their purchase source only slightly for wide (2x8, 2x10 and 2x12) lumber, with lumber dealers or building material suppliers being the main source. Fifteen percent purchased from that group, while 45 percent still purchased from a lumber broker, 25 percent bought directly from the mill, and 15 percent went to a wholesale dealer. 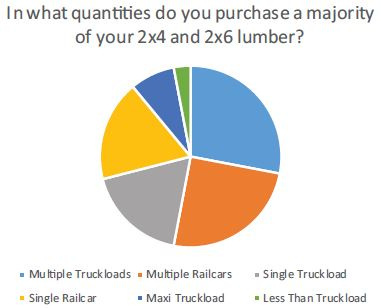 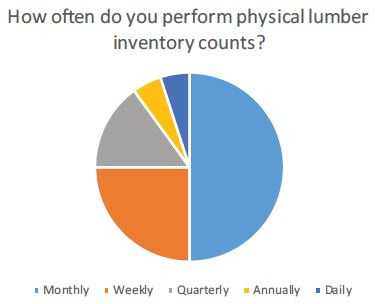 Finally, the survey shifted a bit to ask CMs how they track the lumber inventory they’ve purchased, both what they use to track it and how often they verify their inventory numbers. Most CMs have embraced the power of digital records, with 37 percent using Microsoft Excel or Google Sheets, another 37 percent using some other proprietary software like Epicor’s BisTracks or Inuit’s Quickbooks, and four percent using a bar code scanning system. Twenty percent of respondents rely on a paper-based system to track their lumber inventory, while one percent use an office whiteboard and one percent don’t track their inventory at all.

Fifty percent of respondents conduct a physical lumber inventory review once a month, while another 25 percent do it weekly. Fifteen percent said they do inventory once a quarter, while five percent are at either end of the spectrum doing it either annually or daily.

If you have additional insights to share on this topic or ideas for future polls, please let us know at editor@sbcmag.info. 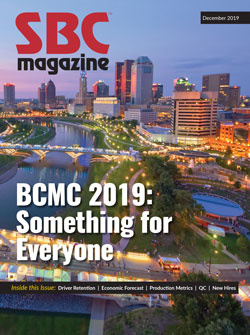 Will You Pay for Construction Issues that Aren’t Your Fault?
Can You Afford to Lose Everything?
Stop Hiring New Truck Drivers
Will We See Housing’s ‘Hiccup’ Next Year?
Quality Decisions Need Quality Data
Getting the Most Out of Your Truss Designs
Fun at BCMC
What Framers Think of Your Wall Panels
Designing Beyond the Defaults
What Purchasing Agents Are Probably Saying Behind Your Back
Do National Builders Want CMs to Be Commodity Suppliers?
Job Satisfaction: The Right Jobs for the Right People
Developing Staff: Production to Technician to Project Manager
How Can You Quickly Get Nine Quality Employees?
Better Performance Through Production Metrics
Small Ways to Encourage Important Safety Reminders

Editor's Message: Where Do You Get Your Wood?
President's Message: We Need Your Voice
CM Perspective: Trusses Do Matter!
Parting Shots: Ready, Set, Trike!