Component manufacturers (CMs) regularly receive calls from customers citing issues with trusses sagging. After going out to the jobsite and running a string line from one end of the truss to the other, they typically find the issue had nothing to do with the trusses. When comparing the floor to a laser level, the typical cause of the customer’s call can be found in the concrete. If the foundation isn’t right, everything sitting on top of it is going to be wrong as well.

This concept is similar when applied to our companies. While focusing on lean, we have a tendency of focusing solely on production. Yet production is just like the trusses sitting on top of a poor foundation, it can’t really be fixed if the underlying concrete is off. Lean shouldn’t just happen in the shop, and it shouldn’t necessarily start with process improvement. Most times, lean should start with a change in the company’s foundation—its culture—and focus on getting everyone to think about it differently. 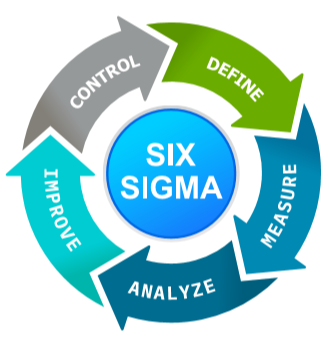 Victor Sanchez is the director of operations and continuous improvement for Trussway. He’s been in the components industry for five years, but he’s been practicing Lean 6 Sigma for 18 years in other industries. Victor states, “People usually think of improving process and streamlining when they think of Lean 6 Sigma. The part that people usually don’t think about is the personnel side that plays a big part in lean.”

“Waste is all around us and yet we don’t see it,” Victor explains. “Think of how many times you find yourself doing any of the following actions ‘asking questions, answering questions, wandering, wondering, guessing.’ Every time we do these actions and many others like them we lose speed. All the information transferred from one person to the next needs to be 100 percent complete and accurate. It typically isn’t operating that way. Yet when you go to fix it, your first reaction is to focus on the people, when really we should focus on the processes people are using.”

How do we fix these foundational issues that can waste so much time every day? Victor tells us that “you need an owner and/or leaders who understand improvements do not come for free. There needs to be dedicated time set aside each day for managers and employees (about 33 percent of the company) to be trained on Lean 6 Sigma and then to implement it by starting to work on improving processes and the lean company culture.”

Victor adds that at least 33 percent of the company needs to be trained and invested in the lean way of life, and that this will snowball into another 33 percent of the company wanting to help and be a part of the positive and productive change. “There are three keys to making lean work, companywide,” he explains. “One, you need all of your leaders invested. This means the CEO down to every manager. Two, you must allow your employees to implement their ideas, let them fail, and try again. It is very important to allow managers to implement their ideas or the ideas of the employees who work for them.”

“People are most invested when it is their idea because they want to make it work. When they fail, and they will, they will learn from the process they put in place and the new process they come up with will take that failure into account,” says Victor. “Three, continuous improvement is a must. Lean isn’t something you do once and it fixes everything. Lean is about constantly assessing, learning, improving, and growing. It is like taking a shower. Nobody says taking a shower is useless because they tried it once and it worked for a few days, but then after that stunk again. We must shower every day and we must work on lean every day.”

If lean concepts are going to be truly successful, Victor says they need to be applied to the company’s foundation first. Once it takes hold there, you can build upon those concepts in all other departments. Victor’s last and most important point is that lean should be a consistent focus that is worked on every day. “If we aren’t growing and improving each day, we are falling behind,” he says.

There Are No Bad Ideas

In 2015, I was the plant manager for Trussway in Fort Worth where I implemented a methodology called Visual Workplace.* I personally trained 33 percent of our employees. Part of the training was to identify what makes you lose speed:

Very quickly the employees started to come up with ideas such as boards, indicators, and schedules to deliver information to the lines. They set up alignment sessions to get priorities straight, improving communication in all kinds of ways.

All of this was done VISUALLY. I didn’t want anything on computers, nothing on screens, I didn’t want to “look for” it in a file. MAKE IT VISUAL! People started testing their ideas and improving them as needed.

On day one, the line supervisor said to me, “Victor, every time a roof line has any kind of problem, the line stops. If they need me or need the material handler they stop production, look for the person they need, sometimes even leave their work station to go find me and ask for what they need. There is a lot of waste in this process.” He asked me if I’ve been in one of those restaurants where they give you a buzzer to let you know when your table is ready and told me he needed one like that to improve his process but, he says, “I need it where multiple lines can let me know when they need my help. There is a device that does exactly that and you can get on Amazon for about 40 bucks per line. Can we try it?”

My response was “Absolutely! We can get these devices and try them out. How many do you need?” However, I also asked that in the meantime he thought about the possible reasons employees needed to get ahold of him so often. “We need to fix that, too,” I told him. “When can we get together to see that list?”

The devices were installed and people were using them constantly, but after 8-10 months we no longer needed them. The reasons for calling the foreman in the first place was greatly reduced to the point the team itself decided these cool devices no longer added value. They were simply a means to achieve the real goal.

More improvement ideas kept coming and were implemented to the point that every Monday, part of the supervisorsʼ routine was to take me to go see the new ideas a group or individual implemented over the weekend. Did that cost money? Yes, a little, but you would not notice it on my P&L or in my direct/indirect man/hours.

The team became more productive in regular time making the ROI well worth it. Once this is achieved, you have reached a critical mass. It’s important to remember there will always be 20-33 percent of the company that will resist, and that’s okay. Lean just isn’t for everyone.

*The complete methodology can be found in the book Work that Makes Sense by Gwendolyn D. Galsworth.

About the Author: Ashley Stroder grew up in the structural building components industry and now collaborates with CMs and suppliers to cultivate positive and productive solutions to industry pain points. 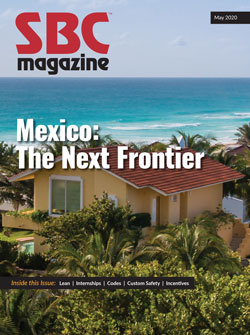 Lean Isn’t Just for Production
Turning Cold Calls into Component Careers
MEXICO: A New Frontier for Truss Manufacturing
Make the Building Codes Work for You
Bolster Your Bottom Line Through Safety
2-4-6-8: How Do You Appreciate?