Is 'Building Resiliency' Becoming a Movement?

Mother Nature is teaming up with a collection of green building advocates and industry groups to propel a movement that home builders generally support but that they also fear could give rise to onerous new codes as well as rules favoring certain construction products. 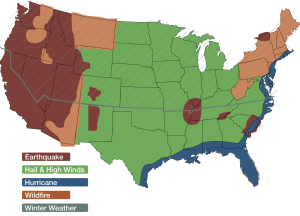 The movement goes under the general label of “resiliency” and refers to a building’s ability to withstand natural disasters like hurricanes, earthquakes, tornadoes, wildfires, and flooding. It also can extend to events like severe winter storms. The threats are nationwide, but so are resiliency’s benefits: One oft-quoted study by the Federal Emergency Management Agency suggests that for every dollar spent on disaster mitigation, society saves four.

In some ways, promoting resiliency is nothing new; building codes have been updated for many years largely to help homes resist bad weather. But what is new is the increase in government and group efforts over the past year to work more diligently on the idea of resilience and promote its benefits. Among the examples:

The National Association of Home Builders (NAHB) was one of those signatories even though the association had no formal position at the time on resilience; it could do so in part because the commitments were so general. But a few weeks later, on June 7, NAHB’s board of directors crystalized the group’s viewpoint with a resolution that promoted “implementing market driven solutions … while preserving housing affordability.”

Gary Ehrlich, NAHB’s senior program manager for construction codes and standards, says the resolution is meant in part to empower the NAHB to promote certain kinds of resilience initiatives while fighting others. “Specific industries are pushing [resilience], and to a certain extent from our perspective they’re pushing it for their benefit,” he told PROSALES in an interview. “They’re not necessarily market-based solutions. They’re not thinking in terms of homeowner affordability or being able to remodel a home.”

Ehrlich didn’t cite any particular industry as arousing concern, but when potential implications of resilience arise, concrete often gets mentioned. The Portland Cement Association has created a document on standards for resilient buildings that concludes with a picture of a concrete block building standing amid general destruction. The caption beneath declares: “It can be done? Why not on a larger scale?” Meanwhile, the National Ready Mixed Concrete Association website urges members to promote H.R. 2241—legislation the group says it created and drafted—to provide tax credits to owners and builders who use resilient construction techniques. To get the credit, a home must show the FORTIFIED designation and be built according to 2009 International Building Code standards.

Even if the resiliency movement never leads to fights over materials, it is likely to set architects, city planners, and related officials to thinking about how a house performs under less-than-ideal conditions. Nonprofits like the Resilient Design Institute (RDI) already are at work on this question.

“If your house loses power for three weeks, is it going to keep you and your family safe?,” asks Alex Wilson, a winner of the Hanley Award for Vision and Leadership in Sustainable Housing who has since created the RDI. “People might be able to deal with 100-degree temperatures for a few days, but probably not for one or two weeks. We can design homes today in Vermont where you could shut off all heat and survive the winter using well-insulated building envelopes and passive solar gain, but we don’t know how far we have to go to achieve goals like these. At the Resilient Design Institute, we’re digging in to what the goals really are and how to get there.