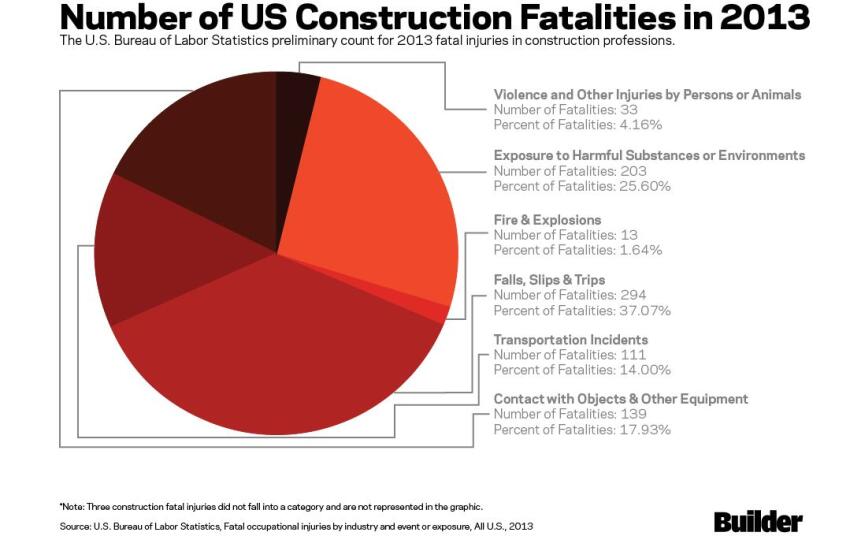 The highest number of fatal construction injuries, at 294, was due to falls. Next on the list were transportation incidents, which includes roadway injuries, injuries from other modes of transit, and occupational injuries from being struck by a vehicle. Of all occupational fatalities in 2013, 17 percent involved contractors.

Here is a look at the decrease of industry-wide fatalities and rate of fatal injuries per 100,000 workers: 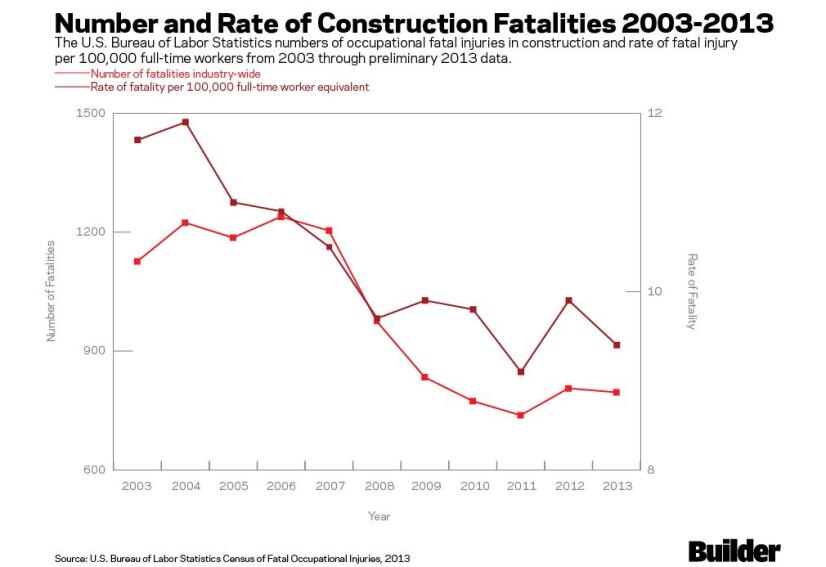 While construction persists as the most dangerous line of work, the industry has made significant safety progress over the past decade.