Today, the AIA Committee on the Environment (COTE) released "Lessons from the Leading Edge," a quasi-meta-analysis of its flagship initiative, the Top Ten Awards. Since 1997, the program has recognized up to 10 projects annually that fulfill COTE’s mission to enhance the built environment's design quality and performance.

Led by Perkins Eastman chief sustainability officer Lance Hosey, FAIA, the COTE Advisory Group researched and reviewed the past 189 winners to ascertain the state of sustainable design in architecture. Specifically, the group wondered if and how design strategies and building performance have evolved since the program’s founding; whether Top Ten projects have become more diversified in program, size, and geographic location; whether sustainable design practices have become more mainstream in the profession; and how COTE can further sustainable practices in design. Several of the report’s observations follow.

The West Coast has dominated in the winner’s circle, hosting more than a third of Top Ten projects in total. California alone has 41 awardees, or 22 percent overall. The 127 firms behind the 189 successful projects range from single practitioners to giant behemoths. Of the firms, 28 are repeat awardees, with San Antonio–based Lake|Flato and St. Louis–based HOK leading the way with eight wins each.

Of the 13 Top Ten projects that have also won an AIA Institute Honor Award, which recognizes design excellence, all were awarded after 2004, “implying that the two standards could be progressively aligning,” the report suggests. Lake|Flato and Los Angeles–based Brooks + Scarpa each have multiple projects accruing both a Top Ten and an Institute Honor award. 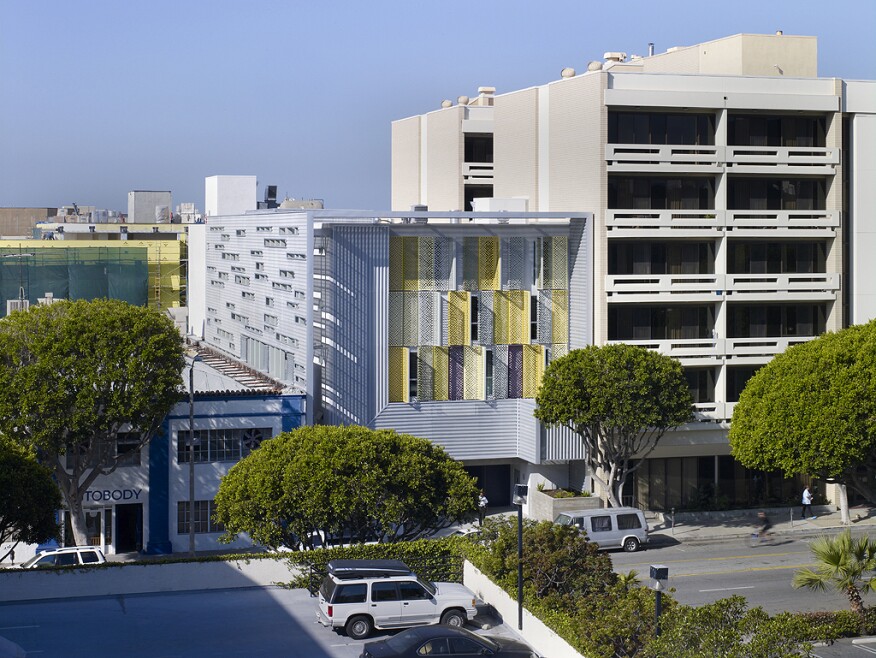 Overall, the Top Ten projects have demonstrated continuous improvement in predicted building performance year after year based on a review of COTE’s 10 indicators of sustainable design. These measures include regional or community connectivity; the application of bioclimatic design strategies; water and energy consumption; materials specification and construction practices; and the commitment to follow up on projects post-occupancy.

The report concludes by recommending topics for further study, including design solutions for the healthcare market, the health impact of materials, and perhaps the holy grail of sustainable design, identifying more cost-effective strategies to improve building performance.

Though the retrospective report identifies general trends from a narrow cross-section of buildings, it expands upon the usefulness of a typical awards archive by asking whether Top Ten winners continue to raise the bar on integrating architectural design and building performance and how they can encourage the rest of the profession to follow closely behind.