Last fall, my company was asked to investigate a roof leak originating from a cupola atop an attached carriage-house garage. From the exterior, nothing appeared to be wrong with the cupola or the surrounding roof. But the inside was a different story. According to the homeowners, there had been gradual, periodic leaking around the interior light well since the home’s construction. After a particularly bad storm last summer, the water staining worsened, prompting them to remove the damaged drywall—exposing open-cell-foam-filled stud bays and water damage to the framed enclosure. That’s when they called us.

The house was fairly new, approximately 10 years old. Above the garage was a guest bedroom with a cathedral ceiling that reflected the roof’s four valleys. At the peak, the cupola, with its four awning windows, served as a light well. On our initial walk-through, the clients informed us of the leaky cupola’s history. The original builder had blamed the window manufacturer for the leak, and the manufacturer had blamed the builder. After a lot of finger pointing, the builder agreed to “remedy” the problem by retrofitting a piece of ¾-inch quarter-round trim around the windows on the exterior, rendering the awnings inoperable. The feuding parties moved on—without having solved the problem.

During our inspection, we discovered the following: reverse-flashed roof-to-wall flashing; missing flashing where the cupola’s upper portion transitioned to its wider, lower base; and poor trim detailing, which relied on paint and caulk to keep the elements out—they quickly failed, allowing water to pour in. So, as far as flashing was concerned, the workmanship on the cupola was a whole bowl of “wrong.” 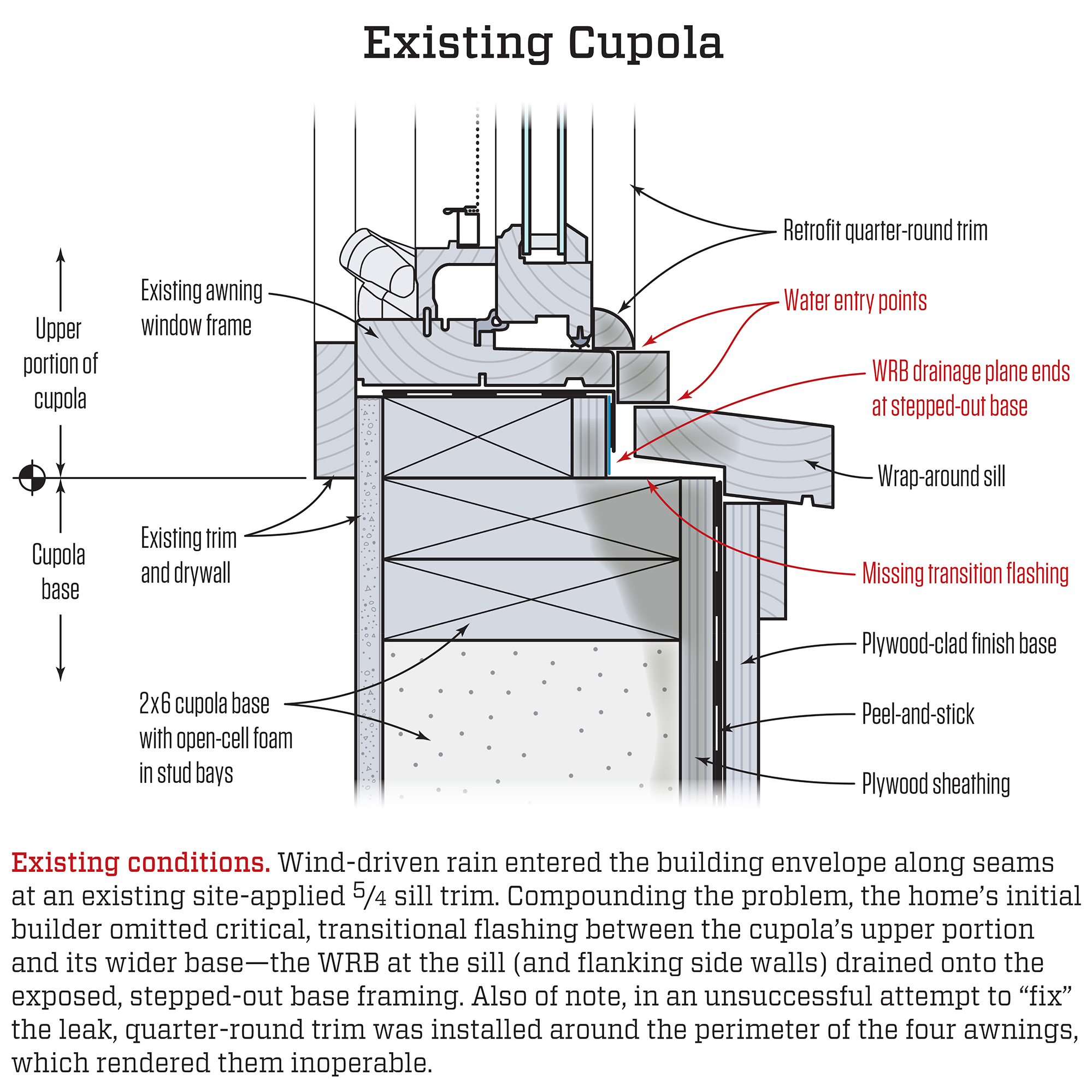 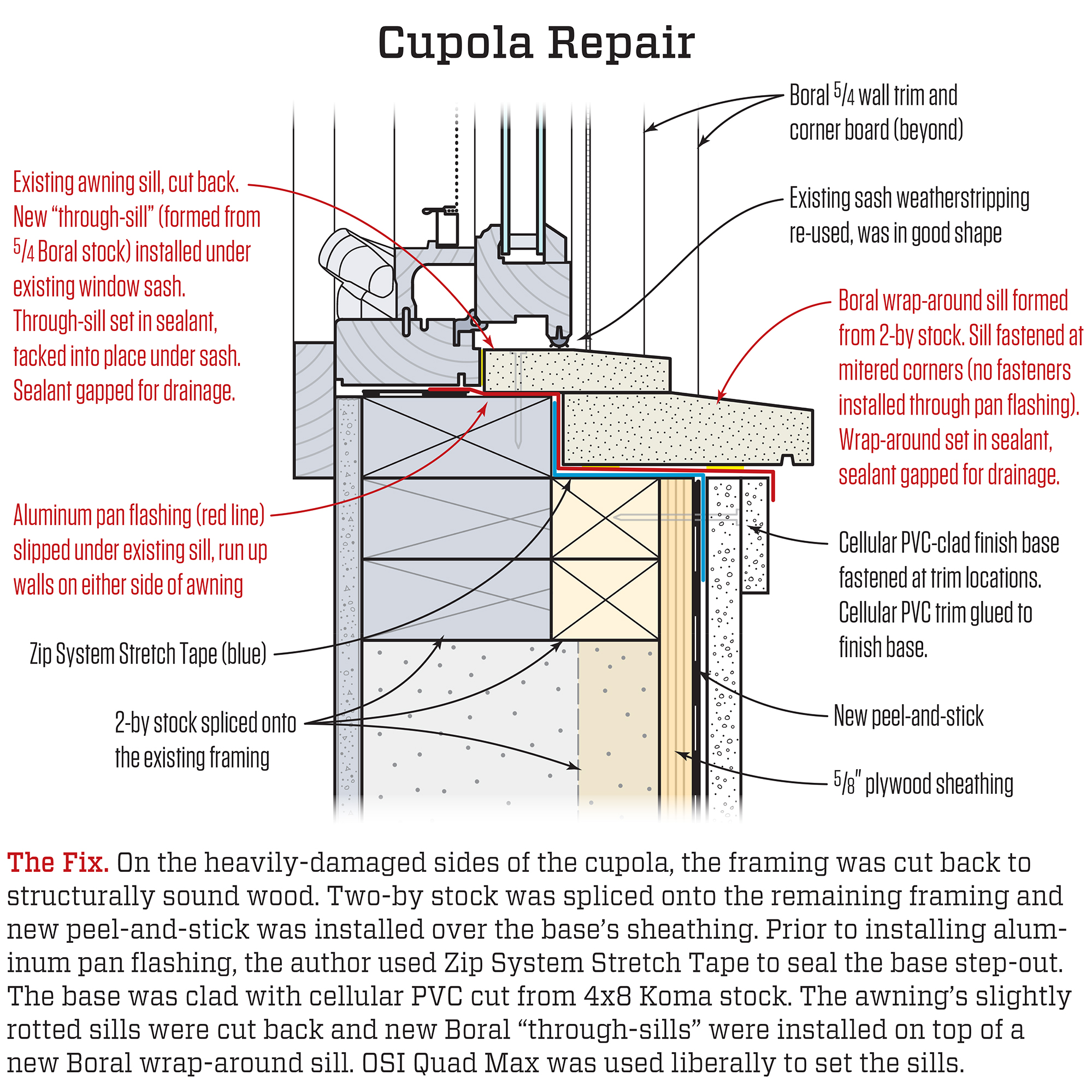 For the repair, we knew each layer of new trim had to be designed to shed water away from the cupola and under each layer we needed to install an appropriate flashing.