Retired neurosurgeon and former Republican presidential contender Ben Carson has reportedly accepted the role of the next secretary of the U.S. Department of Housing and Urban Development, the federal agency tasked with helping people secure affordable housing in an age where a dearth of homes on the market have led to skyrocketing rents and prices. 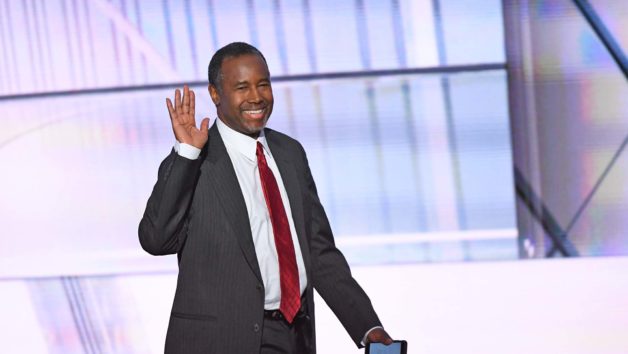 There had been no announcement of Carson’s acceptance as of Monday afternoon, and his spokesman Armstrong Williams declined to comment to realtor.com® about the appointment. According to a story on Housing Wire, sources say the deal is done and that an announcement is forthcoming.

If he accepts the spot, Carson will have a key role in crafting and ushering through policies that could affect the housing market long beyond the next four years of President-elect Donald Trump‘s administration. And those policies will also play a role in determining the futures of the millions of Americans who depend on HUD, ranging from the poorest Americans seeking subsidized housing to first-time buyers shopping for mortgages.

Like his would-be future boss, the doctor who grew up in Detroit is better known for a long and storied career in an unrelated field—in Carson’s case, brain surgery—than for the government portfolio he would oversee. This is a marked departure from the last two HUD secretaries, who brought housing and urban renewal experience to the position.

So what would Carson mean to HUD? His proposals from the campaign trail offer a few hints, which might spell bad news for mortgage interest deductions and a HUD fair housing rule designed to better integrate communities across racial and economic lines.

“After serious discussions with the Trump transition team, I feel that I can make a significant contribution particularly to making our inner cities great for everyone,” Carson posted on his Facebook page last week. “We have much work to do in strengthening every aspect of our nation and ensuring that both our physical infrastructure and our spiritual infrastructure is solid.”

Housing experts are trying to determine what Carson’s appointment would mean for the agency, which oversees an annual budget of about $50 billion. Some believe a reprioritization of HUD in the new administration is in the works.

“If [housing was at] the top of some policy agenda, I would think [Trump] would want to put someone in charge who has a real record in dealing with these issues,” says Rachel Meltzer, an urban policy professor at the New School in New York.

The current agency chief, Julián Castro, is a former San Antonio mayor who helped revitalize the Texas city’s downtown, earning him accolades for urban development. His immediate predecessor, Shaun Donovan, who was in the position from 2009 to 2014, had been the commissioner of the Federal Housing Administration and the New York City’s Department of Housing Preservation and Development before his appointment.

But housing neophytes have held the position in the past as well. Steve Preston, who served from 2008 to 2009, came from more of a finance background, having been the administrator of the Small Business Administration, a government agency.

During his run for the Republican nomination, Carson gave some indications of his views toward U.S. housing policy.

He pledged to eliminate home mortgage interest deductions when he was running for the Oval Office. But these deductions, which allow homeowners to subtract what they pay off each month from their taxes, are unlikely to be abolished, most experts believe.

“You’d be taking away a tax break that benefits higher-income homeowners,” says Meltzer.

Carson also supported scaling back and eliminating various federal programs he deemed “wasteful, inefficient or unnecessary” in a six-page document outlining his positions during the race. He indicated he would support privatizing Fannie Mae and Freddie Mac, which insure mortgages.

That would “severely limit” the number of mortgages available and the lowest rates borrowers can get—unless those same mortgages were guaranteed by the U.S. Department of the Treasury, says Peter Orser, acting director of the Runstad Center for Real Estate Studies at the University of Washington.

“Without these agencies to support first-time home buyers, buyers have [few] other solutions, because the private market doesn’t have the lending capacity, the rates will not be as low, and it could be harder for borrowers to qualify for loans,” Orser says.

Carson is also no proponent of a HUD rule, the Affirmatively Furthering Fair Housing, which requires certain communities that receive HUD grants to assess and address problems with residents of all races, nationalities, disabilities, and income levels to ensure they receive equal access to housing.

“This is just an example of what happens when we allow the government to infiltrate every part of our lives,” Carson told Iowa radio host Jan Mickelson in June 2015 in response to a question about Iowans allegedly having to recruit poor people from Chicago to qualify for Section 8 housing.

Carson expanded his position further by stating the rule would “fundamentally change the nature of some communities from primarily single-family to largely apartment-based areas by encouraging municipalities to strike down housing ordinances that have no overtly (or even intended) discriminatory purpose … all in the name of promoting diversity,” in a July 2015 piece he penned for The Washington Times.

But doing away with the rule has its risks, says Solomon Greene, a senior fellow at the Urban Institute, a nonpartisan research institute based in Washington, DC.

“The fears are that we have been making slow but important progress in this country toward ensuring our neighborhoods, cities, and regions are more [racially] inclusive and integrated,” Greene says. “But it could change and turn around.”

What the future could hold for affordable housing

“Dealing with the affordable housing crisis in the U.S. is a critical issue facing our country,” says Scott Muldavin, chair of the Counselors of Real Estate, a Chicago-based group of industry professionals who provide real estate advice. “The winds are blowing against government subsidies in housing.”

Creating more affordable housing isn’t a problem that the next HUD secretary will be able to tackle on his or her own. It will require the president and Congress to work with state and local governments to come up with solutions, he says.

“It seems that housing affordability is going to be in for a difficult stretch, given the Republican Congress and new administration’s general position on reducing the size of government,” Muldavin says. But “the one potential positive is Ben Carson is a caring person. And if he can fight the battles in the most important places, he might be able to move the needle a little.”