Editor’s Note: As of November 22 OSHA has extended the compliance date to December 15. The agency’s final rule is scheduled to be published in the Nov. 24 Federal Register.

In May 2016, OSHA published its new recordkeeping rule, officially named “Improve Tracking of Workplace Injuries and Illnesses.” Among many revisions, the rule dictates that employers must submit their work-related injury and illness records to a new OSHA website. This data is then published into the public domain.

Why the OSHA Recordkeeping Changes?

At the time, then-Assistant Secretary of Labor David Michaels explained that the new rule would capitalize on the fact that employers do not want to be perceived negatively or as poorly managed: “Our new rule will nudge employers to prevent work injuries to show investors, job seekers, customers, competitors, organized labor and the public that they operate safe and well-managed facilities,” he said.

It’s true that reputation is pivotal for any organization; we don’t need to look far for confirmation. BP saw its market value drop by 52 percent following the Deepwater Horizon disaster of 2010, which cost the company $105 billion and prompted its first loss in 18 years ($17 billion loss in 2010, Q2.) Sales at BP gas station in the United States. fell up to 40 percent due to backlash against the company, which is still recovering seven years later.

OSHA’s heart is in the right place. It’s correct to say that public scrutiny is sometimes the kick that companies need to improve, but will the benefits be worth the challenges?

OSHA’s new e-recordkeeping rule went into effect on Jan. 1. However, roll-out has not been smooth sailing for the administration. The submission deadline originally was set as July 1, but in May, the requirement was suspended indefinitely. The deadline then was moved to Dec. 1, with the new OSHA portal set to launch on Aug. 1.

Complying with the new rule will not be an easy ride, either. A lack of guidance for employers has cast uncertainty over how EHS professionals can accurately comply with such changes. Details of the regulation are available on the OSHA website. Here are some of the main challenges we’ve identified:

1. Over 450,000 extra companies are now required to report incidents annually.

That’s a lot of new responsibility. The challenge here lies with the many organizations that never before had to submit this kind of data. If not doing so already, such companies will now need to maintain a robust incident management solution to make sure they have the correct data to pass on. This change potentially could require significant investment.

2. Lack of context can dilute the significance of the data.

In order to protect anonymity, data published by OSHA will not include contextual information. However, without the context for each incident, a fair and balanced assessment of an employer’s work environment may be impeded. This is the most disputed problem with the rule.

For example, OSHA issued an interpretation letter in May 2016 stating that an injury that occurs while an employee is intoxicated still must be recorded on the log. This is because it does not meet any of the reporting exceptions provided by the new recordkeeping standard.

Further still, if two companies have two injuries each, it won’t be made known that one company has 200 workers and the other has two workers, skewing the figures.

Concerns exist that this ambiguity may influence incomplete or false conclusions about the employer, or indeed about the solution. In the case of most large organizations, incident management processes will be in place to thoroughly investigate occurrences, which should always be followed up with corrective and preventative actions. The new e-recordkeeping rule may encourage smaller organizations to be as rigorous in their investigation and prevention efforts, but lack of context will remain a necessary part of the “bleached” OSHA log. 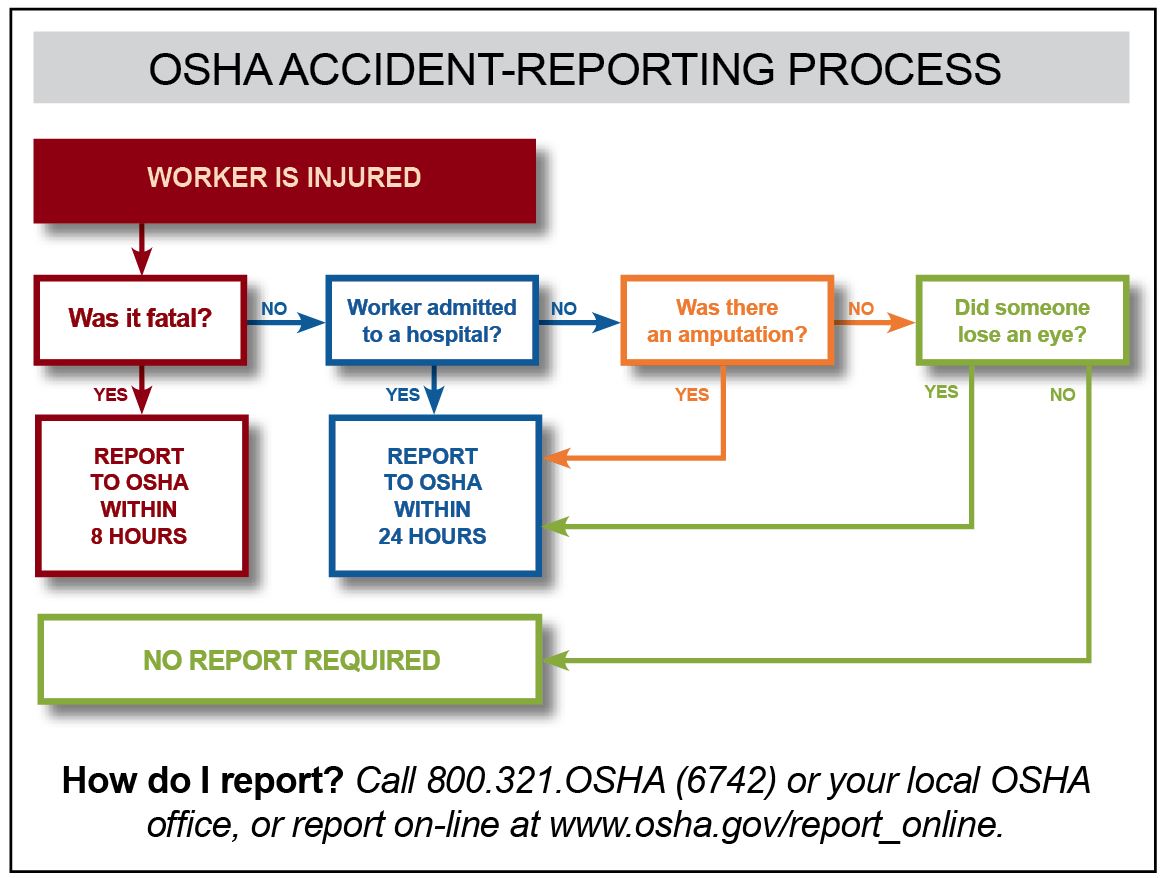 The data submission process involves four steps: (1) Creating an establishment; (2) Adding 300A summary data; (3) Submitting data to OSHA; and (4) Reviewing the confirmation email. The secure website offers three options for data submission. One option will enable users to manually enter data into a web form. Another option will give users the ability to upload a CSV file to process single or multiple establishments at the same time. A third option will allow users of automated recordkeeping systems to transmit data electronically via an application programming interface (API.)

If opting for the manual entry, as is perhaps seen as the easiest option for many small organizations, personnel will be challenged in ensuring fields are mapped appropriately and that no accuracy is lost in translation. Manual data entry will take up a large chunk of EHS professionals’ time.

The best way to submit data to OSHA would be through an API that connects automated environmental, health and safety (EHS) incident management systems with the new OSHA portal. However, this raises challenges for EHS software vendors and EHS managers alike. Vendors should be considering their abilities to integrate with the new portal, as this would be a significant advantage, and managers must get familiar with a new process.

4. Managing the uptake in data.

A challenge for OSHA employees, rather than EHS managers, will be the sheer volume of data that will need processed. Despite this, no new staff on-boarding efforts have been announced, with Michaels saying in 2016 that the administration had enough staff to work through the data.

We already have seen the submission deadline pushed back multiple times and employers have received little guidance on how to comply, suggesting there may be a lack of resources in the relatively small-budget administration to wholeheartedly support this regulation.

5. A mixed reaction from the EHS community

The new OSHA recordkeeping rule is controversial for three reasons: the investment required by small companies that currently do not have the resources to easily comply; the false conclusions that may be drawn from incomplete context; and the room for error in manually copying data into the new system.

The EHS community response has been mixed. The National Council for Occupational Safety and Health (National COSH) hailed the rule as an “important step towards transparency” and OSHA is confident it will facilitate better benchmarking. However, critics include past-president of the American Society of Safety Engineers (ASSE) Michael Belcher, who claimed it is a “step backward for safety professionals,” as it focuses on lagging indicators.

Compliance and improvement are two different things. For the latter, efficient incident management processes that make use of leading indicators will be pivotal. Results remain to be seen, but in the meantime, organizations must face up to the challenges of complying with the new OSHA recordkeeping rule.

As Supreme Court Justice Louis D. Brandeis once said about transparency: “Sunshine is the best disinfectant.”

About the Author: Hannah Stewart is part of the marketing and engagement team at Pro-Sapien Software. She has a keen interest in technology advancements and enjoys engaging EHS professionals in conversations about how the profession will be affected by such changes. Working with Pro-Sapien on community engagement, Hannah heads up the Pro-Sapien events schedule, has launched its partnership program and manages communications with new business opportunities. She can be reached via email at hannah.stewart@pro-sapien.com or by phone on +44 (0) 141 353 1165.