It follows then that the only way to truly benchmark test data is to have all the test data generated by one test facility because there can be significant variation between test facilities. To get direct and reliable comparative test data to generate standard factors for OSB equivalency, a single test facility must undertake the following testing approach:

When getting involved in a testing project, SBCRI begins with the premise that much of what has been published could have test facility effect or code provisions could have bias in some manner. Not knowing actual benchmark test comparisons can then lead to test results that appear to be non-competitive, when they actually are.

SBCRI has undertaken a wide array of benchmark comparison testing, where the only thing that changes is the sheathing material application. The following photos provide some examples: 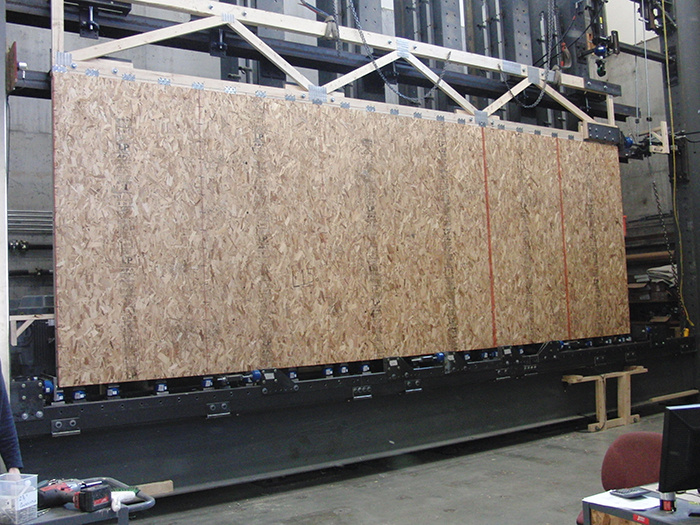 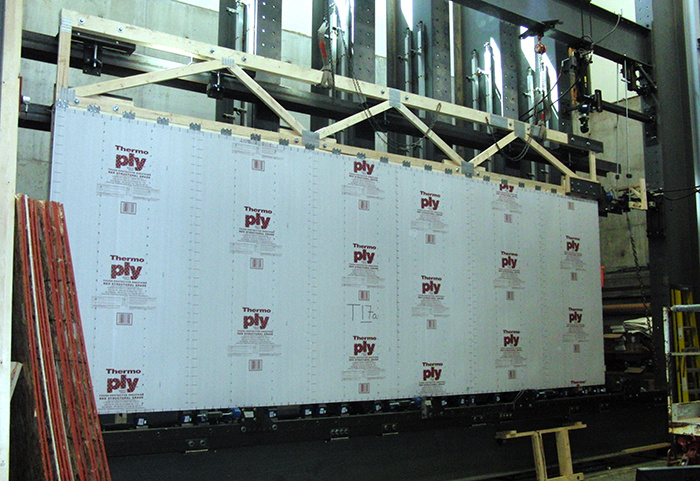 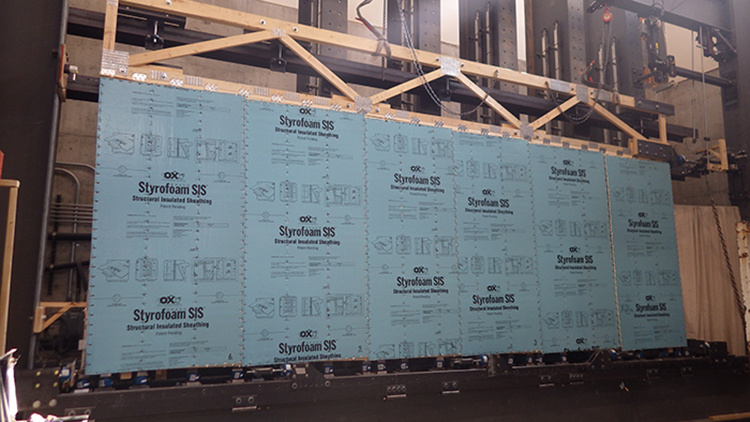 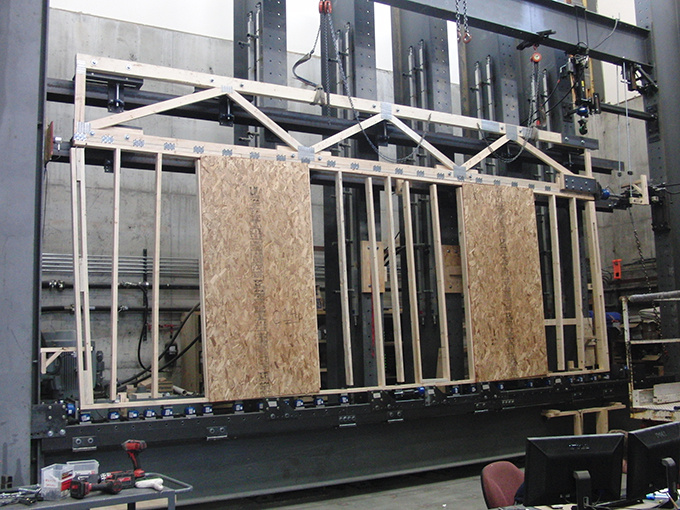 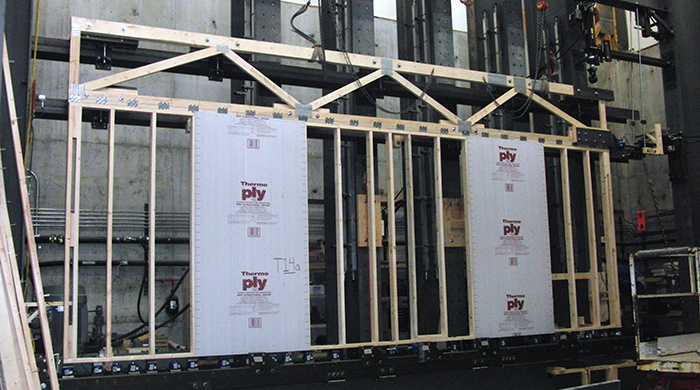 By taking this science-based approach (the control being OSB and subsequent tests being direct and identical comparisons to OSB), SBCRI can accurately understand performance based on benchmark comparisons because everything else is equal.

When laboratories undertake testing that is only about an individual product and do not undertake benchmark comparison testing, it is easy to skew test result reporting to arrive at the answer the testing group wants to provide.

There’s a good reason why the Edward Demming said, “in God we trust, all others bring data.”

Some key questions when evaluating any reported data are: Did they use a science-based approach with respect to their testing? What is the performance of the control specimen compared to the test specimen? If the testing does not take this approach it’s important to ask why not? Is a true benchmark comparison not desired?

It may not be in the product manufacturer and/or test facility’s best interest to perform a benchmark comparison test. This, however, is the only way to generate accurate standard equivalency factors.

SBCA believes in comparative benchmark testing to establish accurate standard equivalency factors. By taking this tact, SBCA is fighting hard for a free and fair market place that has access to accurate and transparent information, which facilitates good decision making. Transparency not only serves the best interest of all of SBCA members, it benefits the entire market because it generally allows the products that are most effective at meeting market needs to win.

For more in-depth knowledge on this topic, please review this collection of published articles.