Editor's Note: Constraints on domestic softwood lumber supply may become worse over the coming years if the southern pine beetle population grows as feared. This underscores the importance for component manufacturers to continue working hard to pass through their lumber costs and make up the margins they lost in the first half of the years.

The ambrosia beetle has been chewing up the prized red bay trees on the South Carolina coast. The aphid-like woolly adelgid is killing the majestic Eastern hemlocks in the mountains.

A fungus is infesting beloved dogwood trees across the state.

So many pests are killing so many iconic Southern trees that it's easy to overlook the most destructive one of all: the Southern pine beetle. 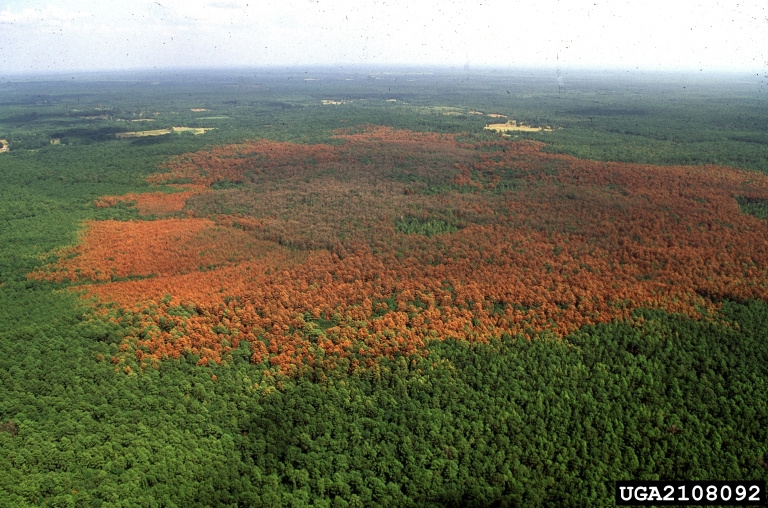 But it's back. And forestry consultants have begun to alert their clients.

"The more eyes you have looking, the more apt you are to find something before it gets serious," said Dan Sheffling of the Summerville-based Sabine and Waters Inc. consulting firm.

After 15 years of lying low, the pine-chomping pest is resurging, feeding on acres of trees that were weakened or knocked down by recent storms, fires and a two-decade long, off-and-on-drought. Infestations have turned up in Oconee County and along the Savannah River.

The last time the beetle cropped up, in 2000, it caused about $1.5 billion in damage across the Southeast,  Clemson University reported.

"In history, whole forests have been taken down by pine beetles," said David Jenkins, the S.C. Forestry Commission's forest health coordinator. This time, infestations are cropping up on acres all over the Southeast .

"It's in our future in the next couple of years," he said.

The pine beetle ranks with the bol weevil as a legendary scourge of the region, even though the beetle is no larger than a gnat. Healthy pines in a well-managed forest don't have much to fear from it.

But trees wounded by the elements and those stunted by lightning or fire, are at risk.

"It grows in the sick trees, the population builds up to impressive numbers, then it moves into healthy trees," Jenkins said. "You can peel the bark back and see the larvae in the trees."

Pines on residential property aren't likely to get infested unless they are adjacent to a larger infested forest, Jenkins said.

Fighting the beetle involves the same strategy as stopping a wildfire: Isolate the infested area by thinning trees and cutting breaks between the sick and healthy trees.

The commission and private foresters have stepped up aircraft monitoring and ground inspections and are so far containing infested sites, Jenkins said.