When it comes to building new homes, much of North Carolina is still digging out of the recession.

Despite what looks like explosive growth from a Triangle perspective, the rest of the state is only about two-thirds recovered, as measured by the number of building permits issued: The 101,018 permits issued statewide in 2006 dropped to 33,728 in 2010, according to the U.S. Census. Last year, permits were up to 65,009. 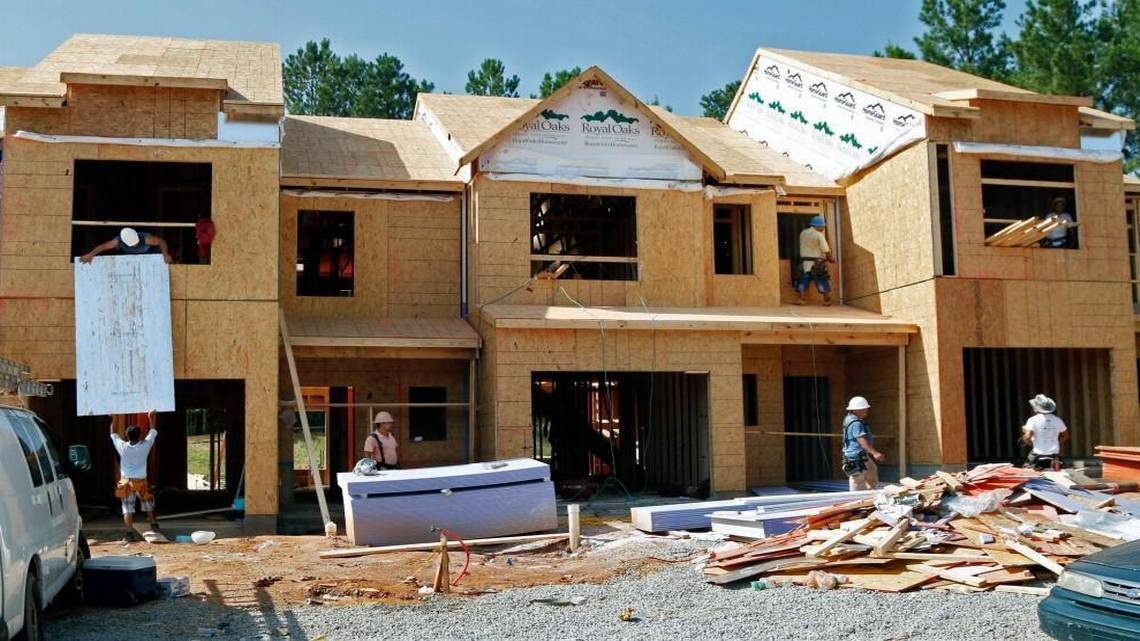 Once the industry curtailed the number of houses it was building, it also lost builders: More than one-third of the N.C. Homebuilders Association dropped out, said Michael Carpenter, executive vice president and general counsel for the group. Carpenters, plumbers, electricians, building materials suppliers and immigrant laborers lost their jobs, as did local building inspectors.

"We don't have the tradespeople to do more homes than are being constructed now," Carpenter said. "If we had the availability of trade labor we could catch up. We're building at full capacity and can't meet demand."

New legislation sponsored by Rep. Mark Brody, a Republican from Monroe who is a construction contractor, aims to alleviate at least one of the holdups homebuilders now face.

Builders contend that some local governments have been slow to make inspections, which impedes a project's progress.

"We've had jurisdictions, quite frankly, that haven't staffed up as a result of the recession, and in some cases are not equipped to provide timely inspections," Carpenter said. "It's a disservice to homeowners."

Brody's legislation is aimed at putting more houses on the market quicker by allowing homebuilders to hire their own inspectors from a statewide pool if cities or counties aren't inspecting fast enough. The pool already exists but is currently only available to cities and counties.

House Bill 948 would require someone in the inspection pool to be assigned if the city or county can't do the inspection within two business days. It would also take away cities' and counties' authority to approve those inspections.

The inspectors' pool would be supervised by the state Department of Insurance. It would be staffed by licensed inspectors who are recently retired or not working full time. Inspections would be done at the builder's expense.

It would also hold accountable builders who accumulate 20 or more framing violations by requiring notification to the insurance department.

Brody said the program could result in "tens of millions of dollars across the state in construction savings" for builders and homebuyers.

"We would like inspection departments, as much as humanly possible, to work at the speed of industry," Brody said. "We know it's not possible to match it, but try to move as quickly as possible. "

In recent years the Triangle real estate market has been hurt by a lack of available homes for sale, but the inventory has been slowly increasing, and the number of building permits has climbed. After bottoming out at 5,635 permits in 2009, the number jumped to 13,362 last year, surpassing a pre-recession high of 13,118 in 2005, according to data from The Market Edge, a regional reporting service for the construction industry.

Despite those increasing numbers, officials with the three largest municipalities in the Triangle say they are not having delays because of a shortage of inspectors.

Durham reports it has been gradually hiring back inspectors since the recession and has kept up with increasing workloads. The city had 46 employees in the years going into the recession, starting with 2006, and reduced the staff by 10 positions.

It currently has 50 inspector positions funded, and there is a request for three more staffers that will kick off a new "express service" initiative similar to what Raleigh and Cary have, a spokeswoman said.

Raleigh currently has 46 inspectors, and its chief building official, Leon Skinner, thinks that's adequate, noting it can handle next-day inspections. The city doesn't have personnel data from 2006 because of departmental restructuring.

Cary's inspections and permits director, Ken Hawley, said the town has more building code officials now than it did in 2006 and its 30 officials are enough staff to meet demand. Cary does next-day inspections 85 to 90 percent of the time, he said.

Representatives of an architectural organization, the state insurance department, cities and counties who attended a House committee meeting on the bill Wednesday said they have concerns.

One concern was whether it would create a conflict of interest by allowing the engineer or architect who designed components or elements for the house to also inspect them, as stated in an early summary of the bill. Subsequent summaries and versions of the bill did not include the language that allowed the same professional to sign off on their own work.

Brody said it has been the practice for a long time to allow engineers to inspect components and elements. The General Assembly passed legislation in 2015 clarifying and putting into law the authority to conduct private inspections.

Brody says engineers and architects would have limited inspection authority. They could only inspect elements or components of a building, which include footing trenches that are used to construct foundations. Excavating footing trenches are prone to weather delays and so builders need to get them approved quickly so the project can move on.

Other concerns raised included the two-day turnaround requirement, liability questions, how inspection fees would be set and whether local governments would have enough say in building code issues. Those who attended the meeting said they are optimistic that their concerns can be resolved as the bill moves forward.

Scott Mooneyham, a spokesman for the N.C. League of Municipalities, said Thursday the proposal could help alleviate construction delays due to an overall shortage of labor.

"The League is supportive of legislative efforts to help all parties address this shortage," he said. "Creating a separate pool of licensed building inspectors within the Department of Insurance, if done properly, may well represent a better way to address any backlog of home inspections than the system of private inspections created under 2015 law."

The House approved the bill Friday on a vote of 98-1, with Greensboro Democratic Rep. Pricey Harrison casting the only no vote. It now moves to the Senate. Brody is hoping to move the bill through the legislature during this short session so it can go into effect this summer.