Editor’s Note: The following article summarizes a move by the fire service industry to curtail the use of wood in framing larger apartment buildings in New Jersey.  This is an effort SBCA has been opposed to through several legislative NJ sessions and, thankfully, this legislation has repeatedly failed to gain traction with lawmakers. For more information on SBCA’s position on this issue, see the Construction Fires Topical Library. 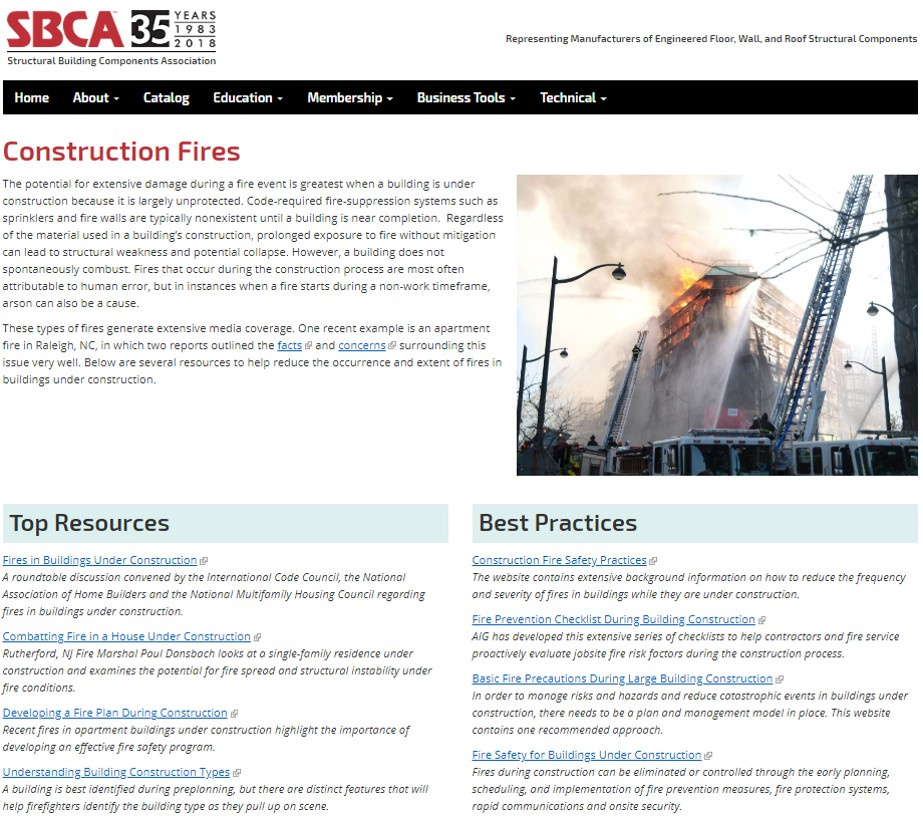 It’s happening more and more in New Jersey. A building catches fire and by the time firefighters arrive, the structure is either completely engulfed in flames or it's already burnt to the ground.

Now, efforts are moving forward to address the root cause of the problem.

Legislation has been introduced in the state Senate and Assembly that would change several construction codes and require more steel, concrete and fire-resistant wood be used instead of just lightweight wood and other combustible materials when larger apartment buildings and structures are constructed.

Experts agree this would significantly slow the spread of any fire.

Ed Donnelly, the president of the New Jersey Firefighters Mutual Benevolent Association, said this is really an issue of common sense.

He explained when buildings made of lightweight wood and pre-fabricated material catch fire, flames race through the entire structure and the building will rapidly collapse.

“Most of the material is glued together, so the old hammer and nails is not used anymore, and under extreme fire conditions that material deteriorates and collapses almost immediately," Donnelly said.

Kevin Lawlor, a spokesman for the Build with Strength Coalition — an organization made up of construction unions, fire service personnel, insurance groups, community groups and elected officials — said when developers build multi-family dwellings they’re not focused on the integrity of the structure.

“The developer mindset is to get 'em up, and get 'em up quickly, and the sooner that you can have people in a building paying a mortgage or paying fees, rents or whatever the case may be, the sooner you can start making a profit on your investment.”

He said over the past decade there have been dozens of big fires where entire complexes have been destroyed because the material used to construct the buildings was so combustible.

He pointed out many new buildings look nice and sturdy from the outside but looks can be deceiving.

“They’re made out of stick wood framing and when those things start to light up, it’s a lumberyard on steroids, and there becomes a much larger fire than had started in one particular unit," he said.