Weathering Trusses, Exposing the Effect of Time and Nature 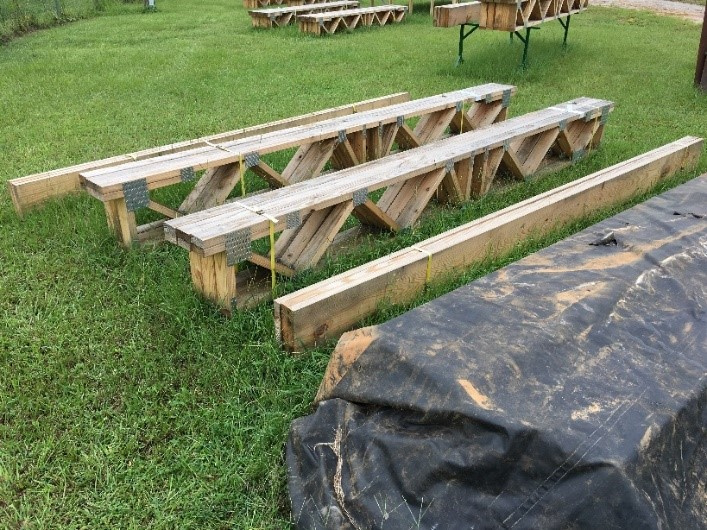 How does weather affect the performance of a truss? Based on a visual inspection of the lumber and the plates holding the truss together those who know what to look for, such as manufacturers or framers, can get a general idea of what toll the weather has taken on the truss. However, they are likely unable to drill down into exactly how these trusses will perform. There are a variety of situations that could potentially affect the truss’s performance. To determine the effects of weather on a truss, SBCRI is working with CMs from around the country to provide data, leading to an improved understanding of trusses exposed to weather. 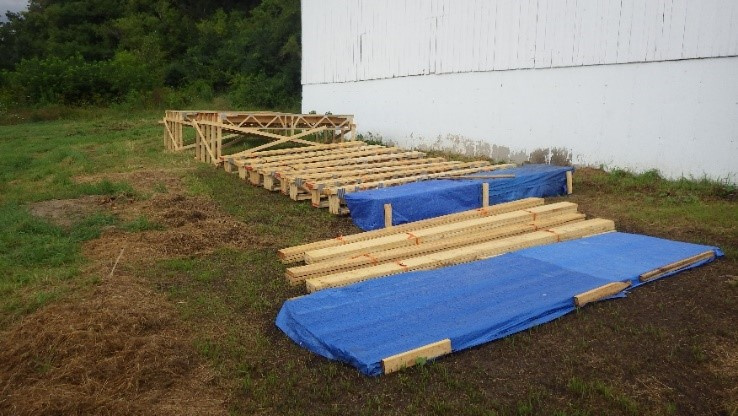 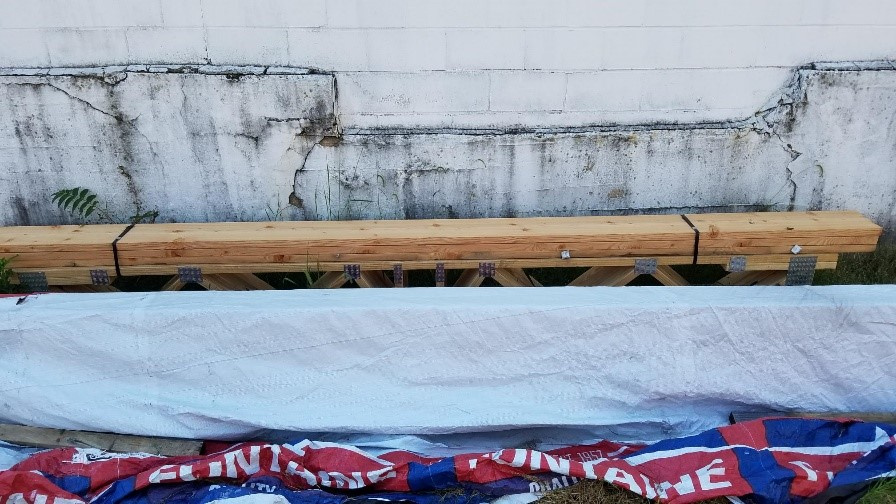 As Jim Finkenhoefer mentioned in his President’s Message, it is not uncommon for jobs to go on hold, or for trusses to be stored incorrectly on the jobsite. This causes trusses to be left out in elements, sometimes much longer than trusses were ever intended to experience. Whether it is due to a change in plans, a job going on hold, or a builder who is not ready to install the trusses once they arrive, trusses left exposed to the elements will eventually be installed with the assumption that the truss condition is adequate.

When the question comes up about whether the trusses are still okay to install, CMs must answer based on truss appearance. There may be many options on how to handle the situation, but in general the options are to accept the trusses as-is, rebuild the trusses, or get an inspector on the site to provide a go/no go letter. The question then is who will pay for this additional time and cost. Without definitive data to help make the decision on which option to take, it is difficult to be certain that any decision is the correct one. This uncertainty due to lack of information is what SBCRI is looking to eliminate. If enough data can be gained from a large enough test sample, recommended best practices can be developed that will provide counsel with respect to the appropriate action to take. Done well the discussion can move from one person’s opinion to a more science driven evaluation and implementation process. 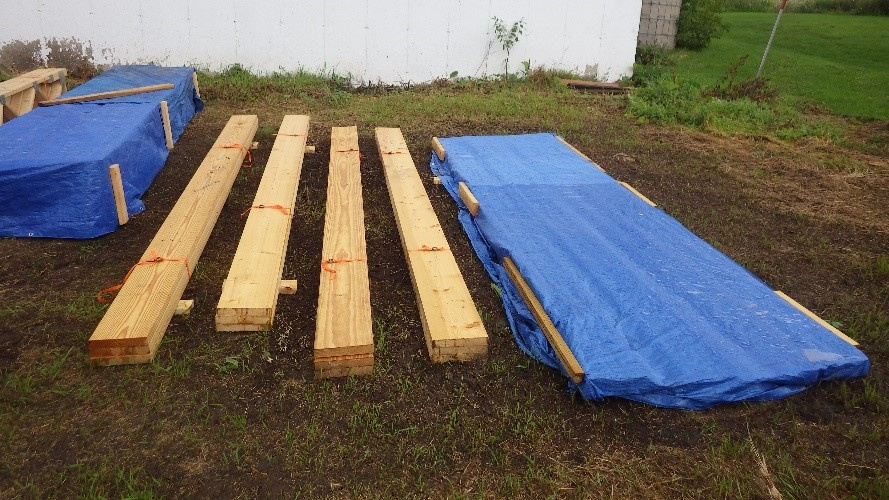 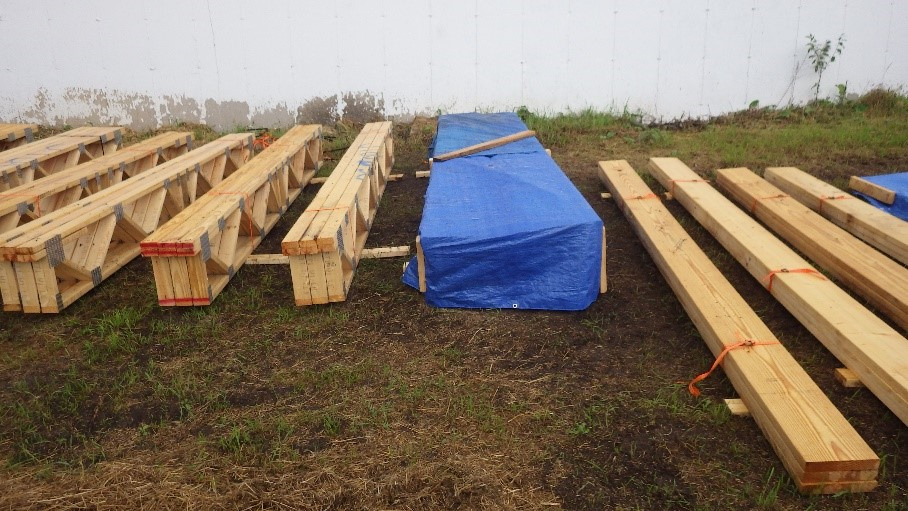 SBCRI is taking the approach of involving component manufacturers from a range of climate zones with varying lumber species, and storage methods. This variation in climate gives a weathering sample that is representative of the climates throughout the U.S. Utilizing different storage methods will also provide data on how different storage methods may affect truss performance. In addition to the trusses, 2x10 Joists have also been exposed to the weather following the same methods as the trusses. Since joists are subject to the same types of weather and storage that trusses are, it makes sense to understand their weathering characteristics as a point of comparison.  Will storing joists and trusses on dirt vs. on stickers over concrete give a noticeable difference in performance? What about joists and trusses that are covered with sheathing but not completely enclosed as would be seen in a partially enclosed building? These are questions worth gathering more information about, and also questions that will be covered in greater depth in upcoming articles.