At Autodesk University in Las Vegas this week, company executives introduced a number of concepts that reveal just how far technology is progressing. This includes bringing gaming software into design tools or using these tools to improve the environment. During a meeting with journalists on Tuesday, Autodesk president and CEO Andrew Anagnost and a handful of his senior executives explained the near future of design technology. 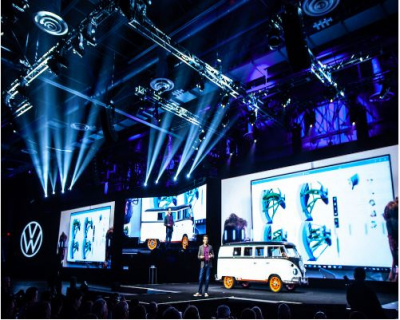 Construction is one of the last industries to adopt advanced software tools. That’s about to change. There’s a quiet-but-steady move toward bringing automation to construction. “People are trying to do stand-up automation at the construction sites. In 10 years, we’re going to see plenty of these stand-up factories,” said Anagnost. “The biggest thing that is restricting this is regulations. The technology is moving faster than those regulations. It’s not like they’re trying to hold us back.”

Anagnost noted that Autodesk is already pushing to help construction companies shift away from age-old practices. “We’re working on the policy side as well as the relations with unions,” said Anagnost. “That’s where the heavy lifting will be in moving automation to the construction site.”

Some of those construction processes are already changing. This is reflected in a Marriott hotel going up in a tight spot in Midtown Manhattan. The hotel is getting put together in modules that are manufactured offsite and brought to Midtown by boat, then put together like large Lego pieces. “At some point we will get into a model where the modular work is done close to the site. Right now they’re bringing these things in by boat – which in itself is an efficient way to move modular items,” said Anagnost. “But the modular manufacturing will move closer to the sites as modular building factories become more common. What we don’t want to do is create buildings based on modules that need to fit on a railway car.”

For additional information on Autodesk University, read the full article.

Posted on December 5, 2019 in Housing & Construction