Polyurethane production volume over the same period has volume has increased by about 2.4-4.4 percent, and is now around 8 billion pounds. The first time the production has the past the pre-crash level of 2006 of 7.6 billion pounds.

This growth is being driven by a few undeniable consumer trends. These include: Personalization from clothes to cars, to furniture; Continued urbanization; greater investments in personal technology and personal comfort; greater environmental awareness; and, a greater interest in to prevention in health and wellness.

Many of these trends rely on polyurethane innovation in part or all of the solution. 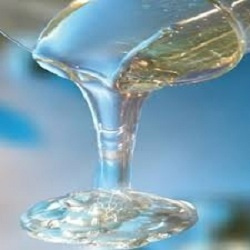 Spray foam insulation is a very strong in the North American market. It is increasingly replacing traditional insulation in construction and now accounts in the U.S. for over 40 percent of the market.

The industry drivers which have created this fast-growing business for us are: new residential construction; residential remodeling; and, replacing other insulating materials like fiberglass and cellulose.

In addition, the materials have advantageous cost-in-use performance especially, the water-blown polyurethane spray foam. This has better cost-in-performance than almost any other material and means it will keep growing in the insulation market.

One of the largest challenges we have as an industry is the shortage of toluene diisocyanate.

A tale of mishaps

Through a series of mishaps in our industry, and because the newer plants are of very high scale, production has been disrupted. This had a big effect in terms of availability and pricing. Shortages which were supposed to last 2-3 months have lasted 18 months. To some degree, these shortages have dampened growth in some segments.

Major operating issues, and the delayed start-up of both Sadara and the BASF plant in Germany have really created the shortages. We do feel that new capacity will come on stream and that this will gradually correct itself, barring other unforeseen surprises.

For MDI the trend is similar to TDI. With new capacity coming on stream in 2019 and the demand growth for MDI-based polyurethanes far exceeding that of TDI. There is a constant need for new capacity. The suppliers understand this, and building bigger, better plants, more efficient plants that will help our industry as we have the feedstock to continue to grow around the world.

Let me say a few words about trade rules. The chemical industry in the U.S and China are in the line of fire between the two countries. China is the third-largest country for chemical exports behind Canada and Mexico. It is important to know that exports of chemicals to China total $50.1 billion while imports from China totaled $80.2 billion.

In June, the U.S. reset the tariffs and announced a new 25 percent tariff on polyurethanes, PVC and lubricating oils. For now, it is hard to see what the outcome will be, but there are a few possible scenarios clearly this will change shipping routes.

The markets are very efficient, and will find a way round obstacles, although this will increase costs. But, in one scenario this will increase costs and force a delay or abandonment of millions of dollars of chemical facilities investment in regions because the supply would not be at the right location. The major risk of tariff increases may also lead to broader trade wars.

But, the North American polyurethane foam industry it is blessed with low cost feedstocks, a history of innovation and large-scale. That combination promises to help us to grow for decades to come.