Drying a Wall to the Interior and Exterior, Vapor Barrier Placement

Chris Byers has a long history in the green building industry and currently works as a Commercial Solar Developer at Namasté Solar. Throughout his career he has assisted in the development and construction of over 24 MW of projects since 2016. Byers has designed and managed solar projects in the United States, Haiti, and Kenya. Because of this, it only seemed suitable that Byers himself take the same approach to sustainability that he has always advocated for when creating his own home. Recently, we had the opportunity to speak with Chris in order to learn more about the team’s approach to the building envelope. 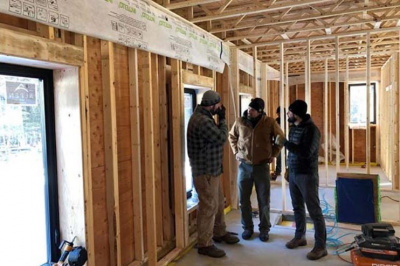 The team Chris assembled included the Philadelphia based firm, Bright Common Architecture & Design, which is no stranger to working with 475 products. Chris’s home was designed by Jeremy Avellino of Bright Common and Jessica Jolin of Mobile Studio Design . The design was brought to life by the general contractor, Eric Favreau and his company Spindrift Carpentry, and Jon Riley with Casco Bay Insulation, who completed the interior air barrier and insulation.

The project team decided to go with designing a double-stud wall with a CDX sheathing at the exterior. In order to combat the risk of condensation on the inside face of the CDX, they went with the go-to, INTELLO PLUS as the smart vapor control layer and primary air barrier, placed inboard of the insulation. Inboard of the INTELLO PLUS is a framed service cavity for electrical wiring and plumbing, reducing penetrations in the control layers and protecting the inboard air and vapor control. 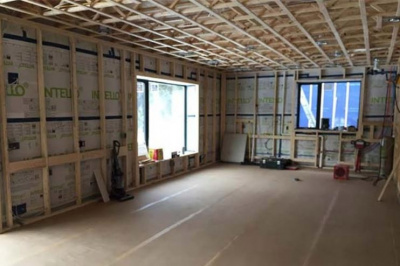 Because you can never have too many air barriers (as long as they let the vapor dry out!), they chose to tape the sheathing seams with TESCON VANA, in addition to installing SOLITEX MENTO 1000 as the airtight and vapor open WRB. Chris said that the SOLITEX MENTO 1000 was especially durable, and he knows it will stay durable over time. As for the tape, according to Chris,“The TESCON VANA tape was super easy to work with, and stuck really well to the CDX.”

After selecting all the materials, the team decided to further optimize the assembly performance by creating a ¾” rain screen on the exterior using strips of locally sourced pine. They were pleased to know that the wall assembly can dry to the exterior, as well as the interior. Since the team used dense pack cellulose, which is hygroscopic, Chris knows moisture won’t build up. Furthermore, by creating drying capabilities in both directions, Chris states that they were able to reduce the risks of highly insulated enclosures. They wanted a wall design that would be, “dynamic, and handle the multiple temperature shifts and climate changes we incur in Maine.” 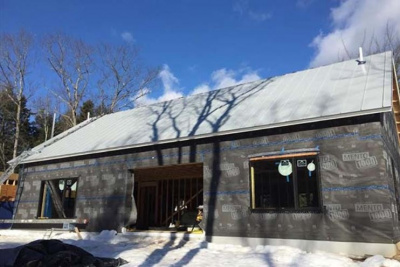 At windows they utilized EXTOSEAL ENCORS self-healing, form-fitting, tape at the sills, with vapor open CONTEGA SOLIDO EXO tape at the exterior jambs, and TESCON PROFIL split backed tape at inside corner connections at window interior.

Chris also explained to 475 that the INTELLO PLUS air barrier was connected to the sub slab vapor barrier providing uninterrupted vapor control. Above, the ceiling trusses act as uninsulated service cavities with taped sheathing above and insulation above that in the gabled attic. Finally, Chris noted that an energy recovery ventilation system was installed: “another key part to making the house healthy and balanced.” The final result is an elegant low-energy home that should perform for the life-time of the occupants and of the building itself. 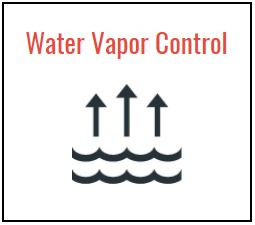 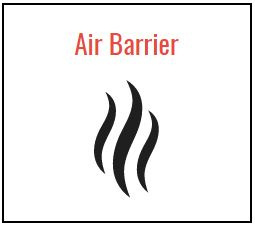