How and Why is Truss Weather Testing Done?

We’ve previously explained why it is important to increase our understanding about how trusses are affected when exposed to weather, and the various steps taken to put together a testing plan. This plan needs to benefit all CMs and gather accurate data for each truss location. With all aspects of previous data, location planning and weather monitoring decided upon, the final decision to make was how the trusses were going to be set out.

The trusses needed to be stored in a way that closely replicates real world conditions, in order for the testing to gather data that could be used to: 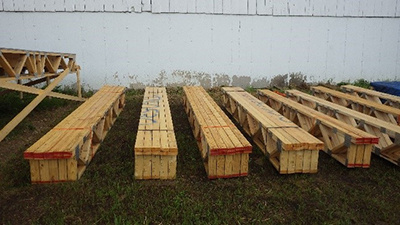 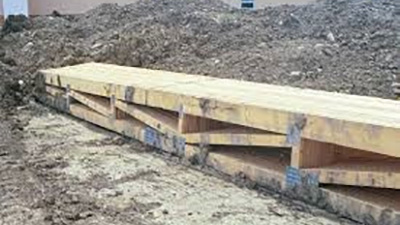 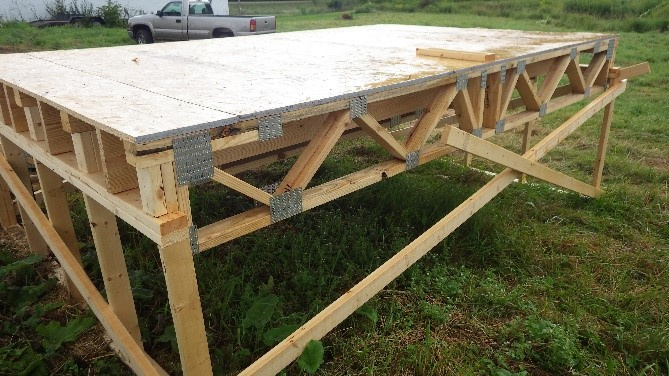 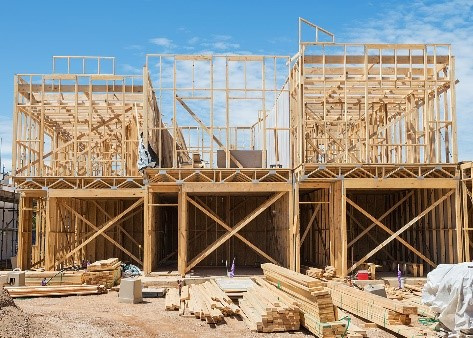 Trusses tightly wrapped under a tarp

These five conditions were vetted by the SBCA E&T committee based on the recommendations of SBCA/SBCRI staff as close comparisons to the various exposure conditions trusses experience. The one exposure setup that does not correlate to storage is the sheathed setup. This condition instead mimics trusses that have been sheathed, and then left in a partially completed condition for three months.

During the storage recommendation discussion with the E&T Committee, the merits of additional test conditions were debated. Out of that meeting, a few additional storage conditions were introduced. The trusses on dirt and trusses set on 2x4 stickers over dirt would include tarping so that fully exposed and fully covered conditions could be compared.

BSCI currently calls for trusses to be loosely wrapped in tarp to allow airflow. This tight wrapping would mean trusses will be left in a warm, humid closed system during the weathering period. This condition promotes the growth of mold and fungi that can cause decay. Given concerns about mold and decay, the goal of this work is to have actual exposure data to analyze and draw conclusion from.

Another change made to the original testing plan was to include two sets of trusses at each location to be stored for longer periods of time. These longer storage trusses would allow information to be gathered and correlated to the first round of truss testing. The final addition to the testing plan was 2x10 joists to provide another point of comparison. Including 2x10 joists in the test plan allows us determine if a weathering has an effect on solid-sawn joists that is different than trusses.

Once the testing is completed, the biggest challenge will be to develop recommendations that are not only backed up by sound science and the data collected, but will also be something everyone storing trusses and dimensional lumber can easily follow.