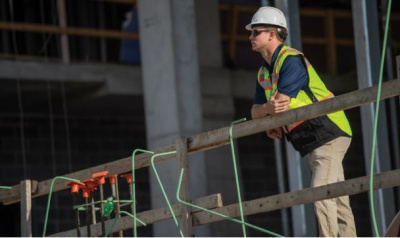 "ABC is proud to honor members like CBG who prioritize world-class safety," said Greg Sizemore, vice president of health, safety, education, and workforce development at ABC. "As an industry, it is our responsibly to make sure construction workers go home in the same – or better – condition than when they arrived every day. CBG's safety leadership is helping us get to our goal of zero incidents on construction jobsites."

Metrics such as the aforementioned augment the company's overall safety statistics, which eclipse industry standards. Logging more than four million project hours, CBG finished 2018 with a recordable incident rate of 0.56 as compared to the industry residential average of 3.90 and a lost time rate of 0.17 versus the industry benchmark of 2.50.

"Everyone played a part in our success; with sharp reductions in workers compensation, general liability, and builders risk claims over the last year," said Dan Blankfeld, national director of safety at CBG. "This benchmark represents why CBG is best-in-class for production, safety, and quality."

Through ongoing training and leadership to its staff and labor force, CBG is committed to setting the industry standard for safety at jobsites. CBG is also dedicated to achieving a balance between safety and productivity, leading to a Zero Injury culture on every project. Although CBG enforces OSHA regulations, it has implemented standards that far exceed those of OSHA.

Posted on May 21, 2019 in Press Releases, Sponsored Headlines