Editor’s Note: The article below announces 84 Lumber’s plans to open its largest storefront to date in Chesterfield, Virginia.  The article also points out that the company will convert a door shop in the region into a component manufacturing facility.

Building materials supplier 84 Lumber is making a big splash in the Richmond area. 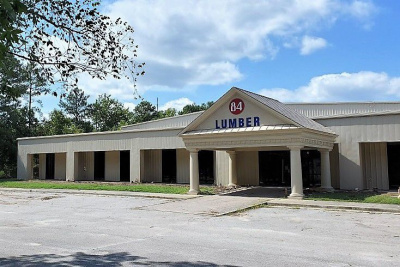 The current lumber yard store, which opened in 1977, is at the southeast quadrant of Chippenham Parkway and U.S 1 just off Interstate 95. That location, which will close when the new one opens, is about 2.5 miles north of the new larger store.

The door shop, which is off Parham Road, is where the company makes interior doors and does other interior mouldings and millwork.

That space will be turned into a manufacturing facility for components used to build a house, such as roof trusses and wall panels.

That should open sometime during the third quarter of next year.

“Over the last five years, we’ve been growing our business in Richmond," he said. "Opening this new, larger facility is the next step in 84 Lumber’s evolution in our Mid-Atlantic division. We may have started out small, but we are now a major player and look forward to expanding by adding more services, product offerings and component capabilities.”

The current store off Chippenham Parkway is basically a large lumber yard.

But most of the new location is underroof to handle a variety of functions, from making interior doors and windows to other special order products, he said. It will have six metal sheds in the back to store lumber.

The building originally had been used by N.B. Goodwyn & Sons lumberyard and showroom. That company sold the building about a decade ago and moved the lumber yard but kept its showroom there until a couple of months ago when it moved to 2550 Bellwood Road.

Cicero said consolidating the locations into a bigger spot will allow 84 Lumber to supply more local builders. "We have grown leaps and bound there and we feel like it is a really really good market for us," he said.