Editor’s Note: While this topic is important to discuss year-round, September is suicide prevention awareness month, a dedicated time to raise awareness on the subject and connect individuals having suicidal thoughts to resources and treatment services. Check out these Suicide Prevention Resources.

People injured at work are more likely to die of suicide or a drug overdose when the injury requires at least a week off, results of a recent study led by researchers from the Boston University School of Public Health show. 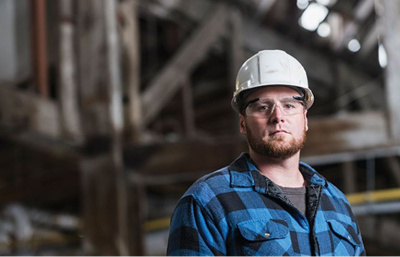 The researchers reviewed workers’ compensation data collected between 1994 and 2000 for more than 100,000 injured workers in New Mexico and linked it with the workers’ Social Security Administration earnings and mortality data through 2013, along with National Death Index cause-of-death data through 2017. They found that 36,034 of the workers sustained a lost-time injury between 1994 and 2000. Lost-time injuries were defined as requiring more than seven days off the job or resulting in permanent disability.

“These findings suggest that work-related injuries contribute to the rapid increase in deaths from both opioids and suicides,” senior study author Leslie Boden, a BU professor of environmental health, said in a July 22 press release.

Suicides and opioids may be driving the recently reported three-year decline in U.S. life expectancy, the researchers noted. Boden said recommendations that could help workers after an injury include “improved pain treatment, better treatment of substance abuse disorders and treatment of post-injury depression.”

The study was published online July 12 in the American Journal of Industrial Medicine.

Posted on September 10, 2019 in Housing & Construction