BMC Stock Holdings (BMC) reported Q2 2020 sales of $979.89 million, an increase of $33.5 million, or 3.5% year over year. Sales were bolstered $40.9 million through acquisitions, and $19 million due to commodity price inflation. BMC closed a location in Arkansas, which resulted in a net sales loss of $5.8 million, and experienced other organic sales declines of $20.5 million.

Similarly, BMC reported an increase of EBITDA at $90.3 million, largely due to improvements in operations, headcount reductions, and temporary actions due to COVID-19. BMC’s President and CEO Dave Flitman said, “We are pleased that our team’s efforts enabled us to generate strong net sales growth in Millwork, Doors and Windows, our Pro-Remodel and Multi-Family segments, as well as outperform the market in single-family starts, all of which resulted in record net income, Adjusted EBITDA, and Adjusted EBITDA margin, for the quarter.”

Component Sales Down Slightly Due to COVID-19 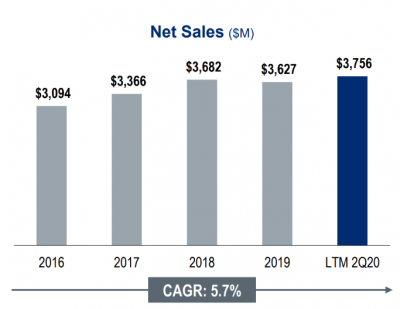 Component sales were $164.5 million for the second quarter, representing 16.79% of BMC’s overall sales for the quarter. This is a decrease of 0.62% compared to the prior quarter, largely due to the temporary shutdown of component manufacturing facilities is Pennsylvania, California, and Washington due to executive orders in those states. “Early in the second quarter, some construction activity was paused due to the pandemic, as several of our facilities in California, Washington and Pennsylvania suspended operations due to state or local mandates. As a result, this impacted our growth rates with single-family homebuilders and in structural components, as that product category is purchased almost exclusively by our single family homebuilder customers” adds Jim Major, Chief Financial Officer of BMC. 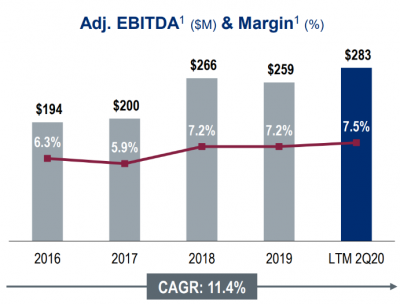 BMC remains in a strong cash position with total liquidity of $615.7 million, which includes $253.4 of cash and equivalents and $362.3 million of borrowing availability under an asset-backed revolving credit facility. “Cash provided by operating activities increased $84.5 million to $136.1 million, primarily due to changes in working capital. We finished the quarter with lower-than-expected inventory levels due to higher customer demand and longer lead times to receive products from suppliers,” added Major.

Major noted an 80% increase in the dimensional lumber index between April 10 and July 31. He expects the rapid increases in lumber to put short-term pressure on gross margin percentages while reducing year over year SG&A expense as a percentage of sales as operating expenses are leveraged over a higher revenue base.

Dave Flitman drew focus to BMC’s ongoing mergers and acquisitions (M&A) “although the pandemic initially slowed things down from an M&A perspective, we are now ramping up our conversations with private distributors. Our pipeline of acquisition candidates has never been stronger, and inorganic growth through M&A remains a very important pillar of our business strategy.”