Do it Best Getting More Aggressive with Acquisitions

Do it Best Corp. is taking a more aggressive approach to growth through acquisition. The Fort Wayne, Ind.-based co-op Thursday announced a joint venture with one of its members: Nation’s Best Holdings, a 10-unit retailer with a variety of brands and a thirst for growth.

“In the highly competitive home improvement business environment, growth is an absolute imperative,” said Do it Best President & CEO Dan Starr. “We are committed to fueling growth in ways that drive sales today and position the cooperative for sustained growth over the long term. To continue that momentum, Do it Best entered into a joint venture with Nation’s Best Holdings.” 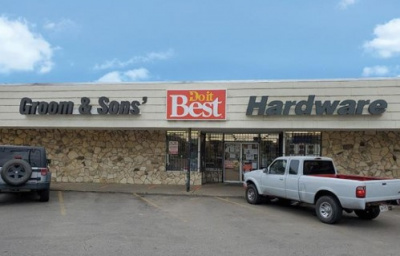 "We are committed to fueling growth in ways that drive sales today and position the cooperative for sustained growth over the long term."

The company’s most recent acquisition is Hall’s Hardware near Pensacola Beach, Fla.

The investment in Nation’s Best Holdings aligns Do it Best with a retailer committed to building a nationwide network of independent stores. 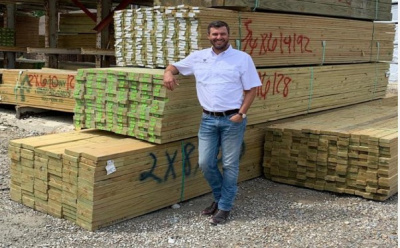 Nation's Best was founded by Chris Miller, above, in 2019.

Nation’s Best was founded in 2019 by Chris Miller, a former president of Parker’s Building Supply. “From my many years at Parker’s Building Supply, I experienced the Do it Best commitment to help members grow,” said Miller. “We were able to successfully expand our hardware and lumber businesses in Texas and California back then, and I know Do it Best is my first and best choice partner today to help us grow Nation’s Best.”

Do it Best’s joint venture invites comparisons with other hardware wholesalers’ efforts to support retail growth in ways that also boost and protect wholesale sales.

Memphis, Tenn.-based Orgill’s Central Network Retail Group division with a local-branding approach has grown from zero locations to 113 in less than 10 years. And Westlake Ace Hardware, has grown from 85 stores to more than 130 stores since it became a wholly owned subsidiary of Oak Brook, Ill.-based Ace Hardware Corp. in 2012.

In the building supply landscape, the list of fast-growing entities that are competing for acquisitions in the LBM space includes US LBM Holdings, Kodiak Building Partners and American Construction Source.

At Nation’s Best, the mindset is to grow by acquiring hardware and lumber businesses around the country, regardless of the business’ current wholesaler affiliation, the company says.

“This is the right move for us as we work to solidify our position as the only full-service wholesale distributor,” said Starr, referring to the company’s programs in both LBM and DIY retailing. “As this opportunity developed, we received unanimous and enthusiastic support from the Do it Best Board of Directors.”