The monthly declines are largely attributed to the slowdown of spending on single-family and improvements. Spending on single-family construction declined 3.6% in June to a seasonally adjusted annual rate of $252.6 billion, after a decrease of 7.7% in May. Private residential improvements, which include spending on remodeling, major replacements, and additions to owner-occupied housing units, dipped 0.4% to a $201.5 billion annual pace in June. Multifamily construction spending rose 3.0% in June, after a slight increase of 0.4% in May, due to prior strength of multifamily starts which is now resulting in properties put into service. 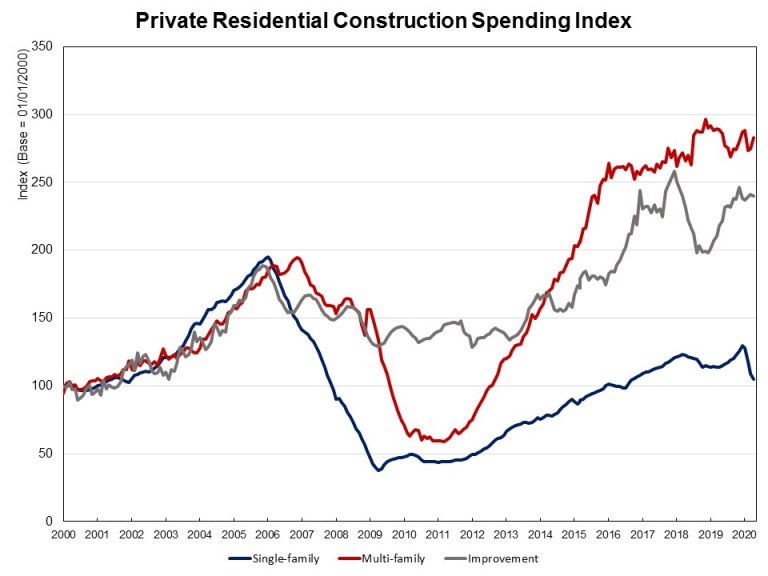 Spending on private nonresidential construction declined 3.2% in June on an annual basis to a seasonally adjusted annual rate of $467.7 billion. The annual nonresidential spending decline was mainly due to less spending on the class of manufacturing ($7.3 billion), followed by the category of educational ($5.0 billion), and lodging ($4.9 billion). 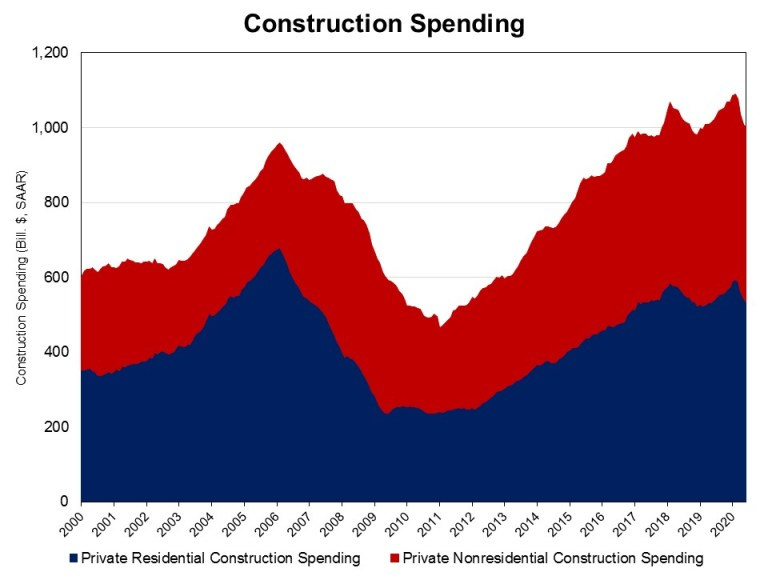 Posted on August 7, 2020 in Housing & Construction