Over the last several months, the light-frame wood construction industry has witnessed unprecedented increases in softwood lumber costs in all markets amongst all grade and species combinations. Lumber markets pundits will point to the COVID-19 pandemic as the root cause to the rapid rise in pricing. This is due to the fact that early this spring, North American lumber mills slashed production fearing a significant decline in single-family home construction due to the pandemic based on a presumed quell in demand.

However, the exact opposite occurred. As Americans were “quarantined” to their homes as a mitigation strategy to slow the spread and flatten the curve, homeowners took to their local building material dealers and home centers to work on home improvement projects. Stuck in their homes, capable DIYers started building decks and other projects spiking demand for treated and dimension lumber. Home sales also remained robust as interest rates approached historically low levels and many quickly realized that their current living conditions were not conducive to work from home and quarantine situations. 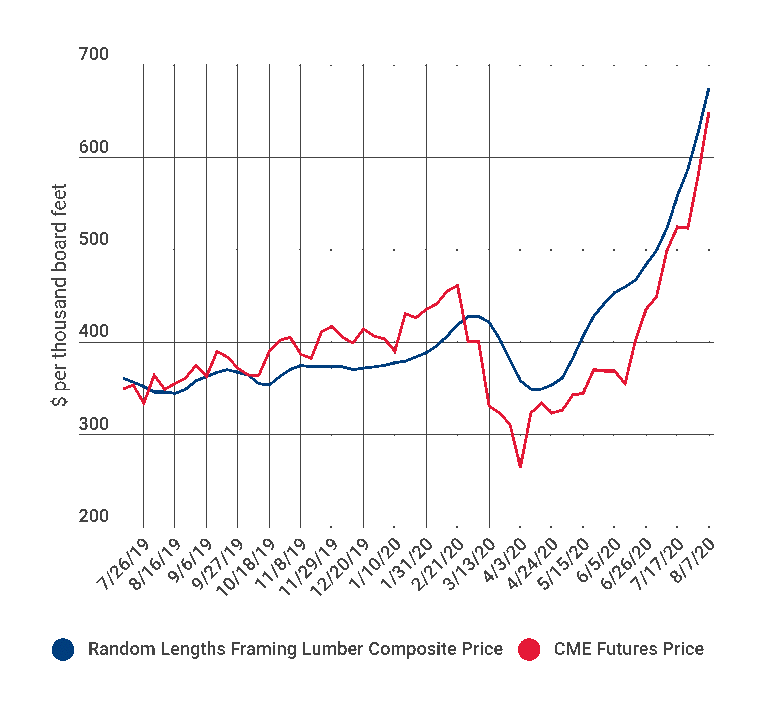 As a result, lumber was under produced the first few months of 2020 while demand increased sharply, causing a run on markets unseen in recent memory. Reduced supply and increased demand results in higher prices in any commodity market. Lumber mills are claiming to produce as much lumber as they can, given a reduction in capacity from mill shutdowns due to low prices in 2019, but are not likely to catch up to current demand until seasonal conditions or fundamentals curb demand. To add to the complexity, many mills have faced COVID-19 infections that caused a reduction in their work forces further dampening production. 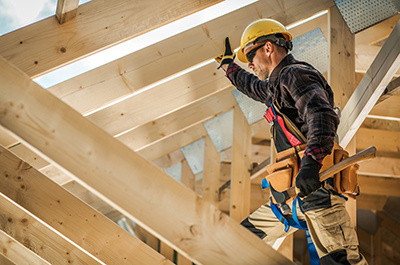 The effects of historically high softwood lumber prices are felt throughout the construction supply chain. NAHB recently sent a letter to the White House urging domestic lumber producers to ramp up production to ease growing shortages and to encourage work with Canada on a new softwood lumber agreement. Housing, and component manufacturing as a key supplier to home construction, has been a bright spot for the U.S. economy during the COVID-19 pandemic. SBCA supports NAHB’s efforts to encourage the White House and broader U.S. Government to take action to ease pricing and increase access to softwood lumber.

Lumber pricing at these levels, as a key input and primary variable expense to component manufacturers (CMs), puts immense pressure on working capital, credit lines, and inbound material logistics. Additionally, simple availability of lumber is an issue. Without ample supply of lumber, CMs will be forced to turn away work, jeopardizing the near- and long-term viability of their businesses. These problems are heightened for smaller CMs who have less access to capital and are forced to increase inventory turns to compete in their markets now that their working capital can only purchase half or a third as much inventory as it could a few months ago.

SBCA encourages all North American lumber mills to do whatever they can to increase production in hopes of easing lumber costs, expanding access, and bringing stability to lumber markets. Without some type of relief, CMs stand to lose market share amongst themselves and potentially to alternative products that don’t utilize wood fiber further jeopardizing the viability of softwood lumber in light frame construction.

Posted on August 17, 2020 in Most Popular Articles, Housing & Construction