According to a recent EHS article about drug testing policies as they relate to the legalization of marijuana, “In a 2019 National Safety Council (NSC) survey, 81 percent of employers were ‘concerned’ about the drug having a negative impact on their workforce.” As a result, NSC President and CEO Lorraine M. Martin called for researchers to develop new ways of detecting cannabis impairment, saying, “In order to protect our employees and those around them, we need to acknowledge the impairing effects of cannabis. We urge employers to implement policies stating no amount of cannabis consumption is acceptable for those who work in safety-sensitive positions.”

The reason cannabis puts safety at risk is because tetrahydrocannabinol (THC) is a psychoactive agent that could affect a worker’s motor skills and cognitive ability while performing various tasks. The phrase “safety-sensitive positions” is key when it comes to cannabis use. This phrase includes construction workers and other jobs that require a high level of safety awareness.

Ken Shifflett, owner of Ace Carpentry, Inc. in Manassas, Virginia, shares a concern on drug testing for THC. “There’s no benchmark on how high a person is on marijuana and that’s a real problem,” he says. “Yes, it’s in their system but there’s no way to know if they smoked it this morning on their way to work or if it was at a party a week ago. We work in a very dangerous environment, so as an employer I don’t want anyone impaired on the job.”

Ken’s views are shared by more and more employers as additional states have legalized cannabis without a way to accurately measure impairment. A drug test that is positive for THC simply indicates the presence of the drug, not impairment. This means companies should focus instead on the possibility of impairment. Consequently, company drug policies need to align with their safety requirements especially with regard to employees in safety-sensitive positions: no amount of cannabis should be acceptable.

Below is an example from SBCA's legal counsel, Pagel, Davis & Hill, of a substance abuse policy where marijuana use is allowed by law but employees are prohibited from being under the influence of marijuana while on the job. Please note that it is important to have your company’s legal counsel review your drug and alcohol policies before implementation.

The National Safety Council (NSC), a nonprofit public service organization promoting health and safety in the United States, released a policy statement in October 2019 expressing its stance on marijuana in the workplace relating to safety sensitive positions. The NSC pointed out that employees who tested positive for marijuana had 55 percent more industrial accidents, 85 percent more injuries, and 75 percent greater absenteeism compared to those who tested negative.

Unlike alcohol, currently no test is available to gauge the level of impairment of an individual who tests positive for the use of marijuana. Since the amount of tetrahydrocannabinol (THC) detected in the human body does not directly correlate to a degree of impairment, the NSC advocates that no level of marijuana use is safe or acceptable for employees who work in safety-sensitive positions. THC is the main psychoactive compound in cannabis that produces the high sensation.

Based on this guidance from the NSC, the Company prohibits marijuana use for employees in safety sensitive positions, even where law (state, county, or city) allows medical and/or recreational marijuana use and may limit employers’ right to test for marijuana.  An employee who is in a safety sensitive position and tests positive for marijuana will be subject to the same disciplinary actions as outlined for any other drug covered under this policy.

Regardless of whether or not an employee is in a safety sensitive position, all employees are prohibited from being under the influence of, or being impaired by, marijuana while on the job. To determine impairment on the job from marijuana or any other substance covered under this policy, the Company may utilize reasonable suspicion testing as outlined in this policy (read more here). 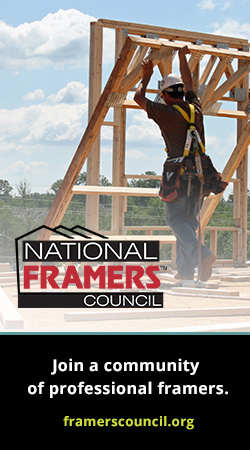 For more information on this topic, check out these resources: