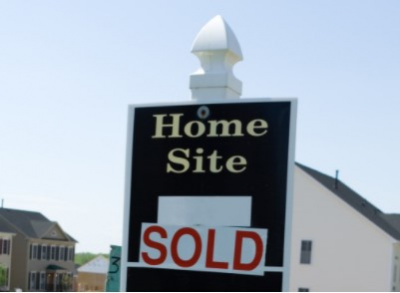 The share of new homes sold in October that had not yet begun construction was higher than at any point since 2005 – a sign of both continued homebuilding and market health to come, and of builders’ savvy response to pandemic-influenced market factors.

Unlike the Great Recession that preceded it, the housing market has been a true bright spot throughout the COVID-driven recession, and nowhere is that more apparent than in recent new home sales figures. Low mortgage interest rates, a growing need/desire for more living space in a work/school-from-home world and a wave of young adults aging into their prime homebuying years have all helped fuel a surge in home sales since the spring. And an ongoing shortage of existing homes on the market has made newly constructed homes especially desirable. Slightly more than 1 million new homes were sold in both August and September (at a seasonally adjusted annualized rate), and almost 1 million were sold in October, capping the strongest three-month stretch for new home sales since 2006. 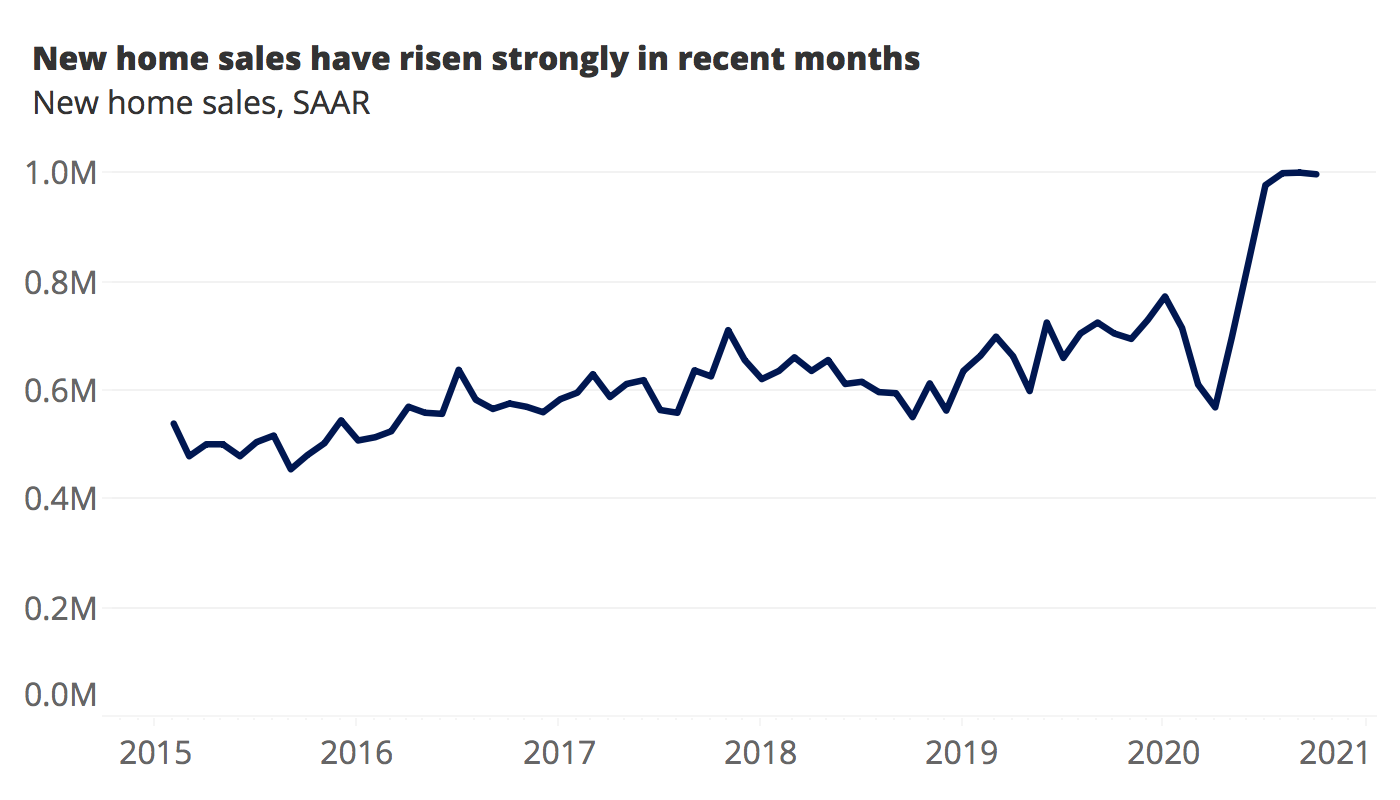 But in many cases, purchasers of these new-construction homes were not handed the keys to a move-in ready property – in fact, the home they were buying existed, quite literally, only on paper. Construction work had yet to begin on well over a third (38.5%) of new homes sold in October, roughly double the April rate and up 10 percentage points from the same month in 2019 to the highest level since 2005. The fact that so many buyers are eager to purchase homes that they have only seen in blueprints only reinforces the observation that demand for housing is very strong. 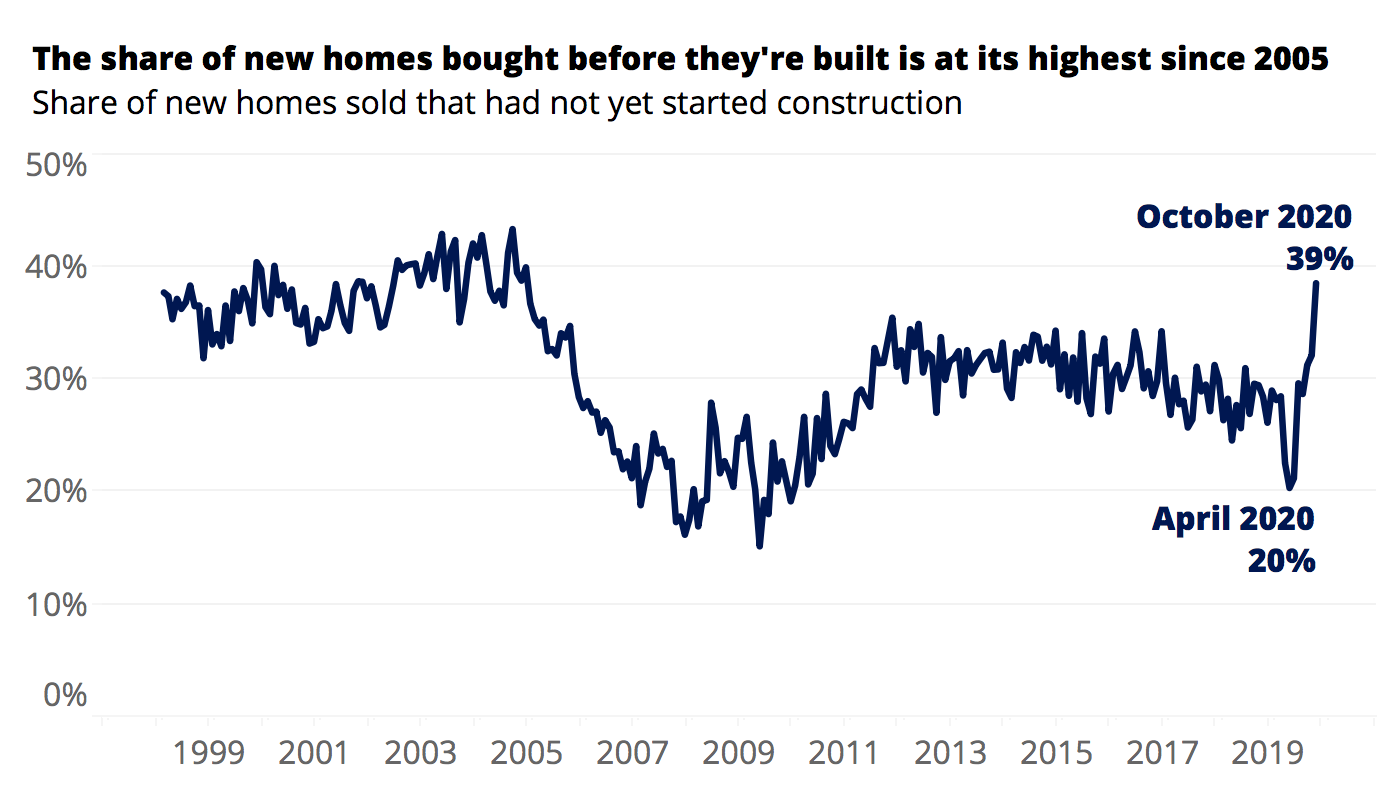 The growing trend of homes being bought before they’re built also speaks to homebuilders’ smart navigation of pandemic-driven uncertainty and volatility. Overall homebuilder confidence is at all-time highs, as are builders’ expectations for home sales volume in the next six months. This confidence comes despite significant constraints on building, including scarce available land, limited and costly labor and materials, and complicated bureaucratic hoops to jump through — not to mention broader uncertainty brought on by the pandemic. 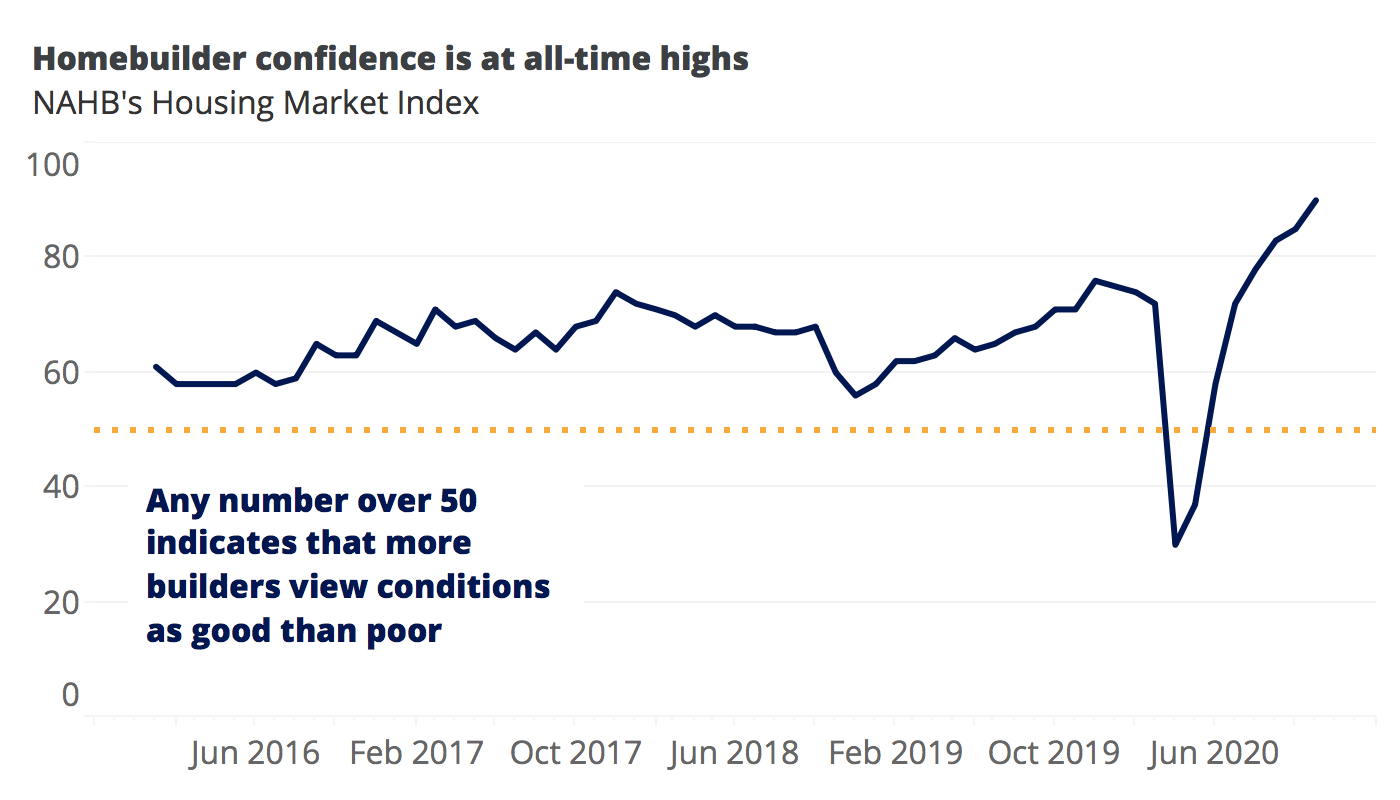 As a result, builders have become more selective in the projects they take on – clearly trying to mitigate some uncertainty by only beginning to build once a firm sales order has been received, rather than building “on spec,” starting construction first and hoping to find a buyer later. This is smart given such robust, consistent homebuyer demand. Builders are also attempting to curb uncertainty by focusing more of their efforts on single-family home building, rather than on larger, often more complicated multifamily projects. Single-family home starts through October have risen 73.6% from April lows and are at their highest level since 2007, while multifamily starts have improved by just 37.6% in that same period. It seems clear that at least for now, builders are reading tea leaves and seeing more demand for typically more-spacious and suburban single-family homes that may be more desirable in this moment for buyers seeking more space for working/schooling-from-home. 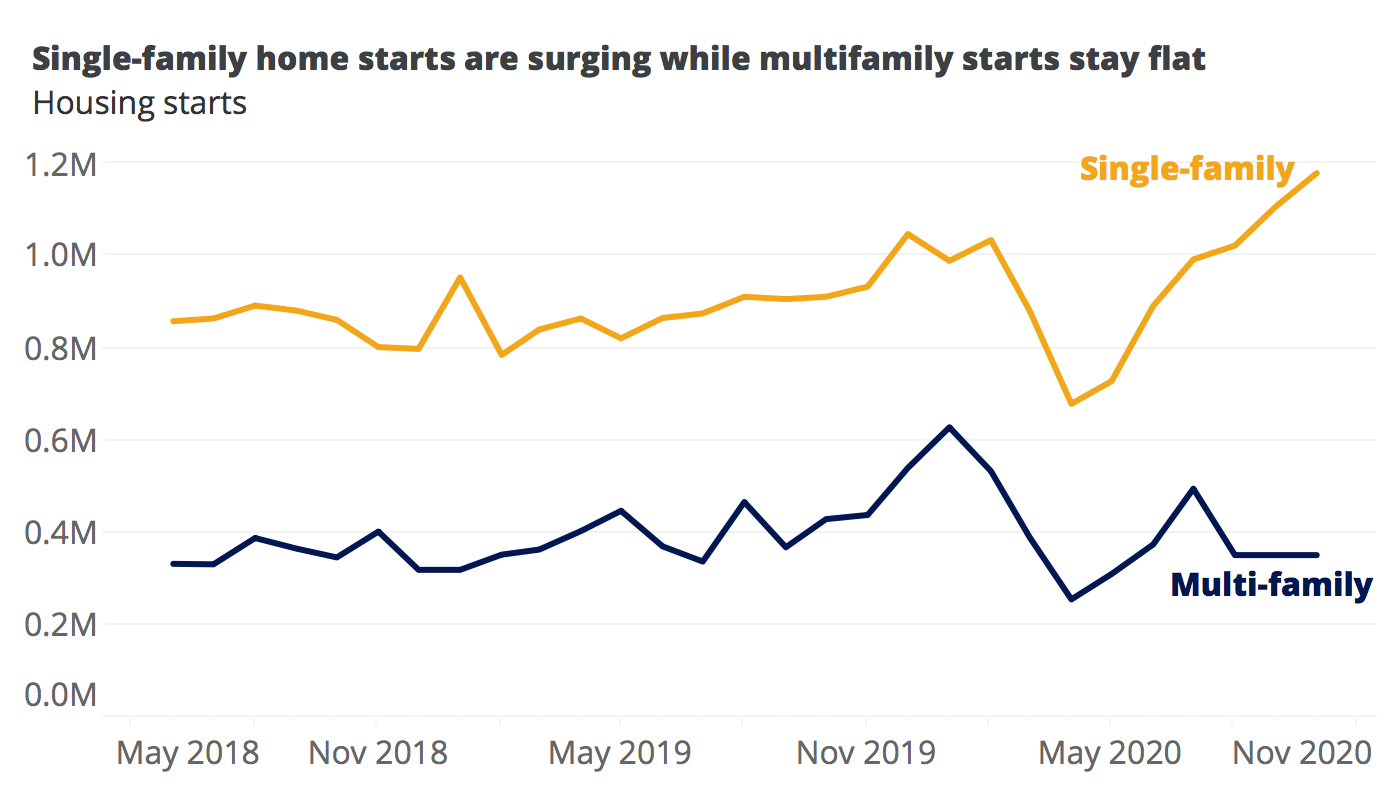 The spike in new home sales overall and the notable increase in homes being bought before they’re built also likely bodes well for the housing market and broader economy going forward. The advance purchases create a firm backlog of home construction projects that will have to break ground eventually, which means more employment stability for construction workers and momentum for the home construction industry in the coming months. It also sets the stage for a steady stream of durable good purchases – think furniture, appliances and other home essentials – to come once people do move into these homes.

Finally, the surge in homes sold before they’re started may also indicate a backlog of sellers likely to list their current home for sale in the coming months once their newly purchased home is completed and move-in ready. And with mortgage rates due to remain low, and millennials and Gen Z continuing to come of age and seek homes of their own, the demand for new homes is almost sure to continue into 2021. The market will very likely welcome any additional supply it can get.

Posted on December 9, 2020 in Housing & Construction