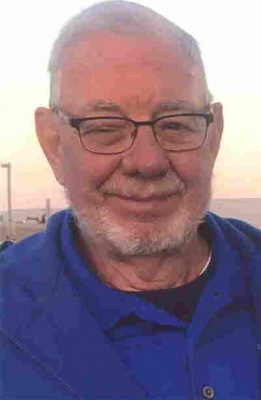 John Clifford Carpenter passed away on December 4, 2020, at the age of 76, at his country home near Hallettsville with family at his side. He ended his six month battle with cancer peacefully. John was born in Albuquerque, New Mexico on January 7, 1944 to Charles Harvey Carpenter and Lillian Rae (Griffith) Carpenter. He spent his childhood in various locations in Colorado attending schools in the Denver area. John later joined the Air Force, being stationed at Sheppard Air Force Base for most of his enlistment.

John made a career in the building industry. He managed one of the first roof truss operations in Austin, Texas and taught building trades at Austin Community College before opening his own plant near Hallettsville. Later he went to work for Alpine Engineered Products of Pompano Beach, Florida designing trusses and consulting all over the world. He was also a Founding Member of the Light Gauge Steel Engineers Association as well as being the first chairman on the Truss Design Subcommittee with the Committee on Framing Standards of the American Iron and Steel Institute.

After his retirement in 2006, he enjoyed many hours as a woodworker in his workshop making beautiful bowls and other items out of native wood. He also enjoyed reading, traveling, spending time at his family’s beloved cabin in the Colorado Mountains, and was a great story teller. John spent lots of time watching his grandsons participate in sports and loved teaching them about woodworking.

He was preceded in death by his parents, one brother Charles Carpenter, two sons, John Kevin Carpenter and Jeffrey Don Carpenter and his in-laws Mack and Beulah Wilson.

There will be a private family graveside service conducted by Brother Jim Harrington on December 11, 2020. A memorial gathering is planned for a later date to share remembrances and celebrate his life.

The family would like to thank Advanced Health Care (especially Sandra Kostelnik), Lavaca Medical Center staff, and Hospice of South Texas for their care and concern during these past few months.

John requested that memorial donations be made to Lucies Project (a dog rescue program) at PO Box 325, Sheridan, TX 77475, your local PBS station, your local Library or a charity of your choice.

Posted on December 7, 2020 in Press Releases