Editor’s Note: Framing News articles published earlier this year provide guidance to framers regarding on how cannabis legalization should affect your company’s drug policy as well as how to handle reasonable suspicion drug testing.

One big winner on election day was a dramatic expansion of the legal use of marijuana, which was granted by the voters in five states. When they are combined with the other states that already allow the legal use of cannabis in one form or another, almost 110 million Americans (more than one-third of the population) will now live in a state where marijuana is legal for adult use. 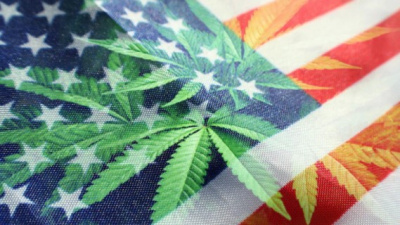 While civil libertarians and cannabis users may be overjoyed at the fact that 15 states will soon permit the recreational use of marijuana, it’s understandable that employers are concerned about the implications of this trend and are looking for legal methods that will allow them to ensure they have a safe and productive workplace.

“Employers may maintain a range of restrictions on employee possession, use and impairment by marijuana, cannabis and related products,” stress attorneys Eric J. Janson and Adam R. Young of the Seyfarth Shaw law firm. “Employers may also continue pursuing drug testing options, particularly for safety-sensitive employees, to address the hazard and ensure that no employees work under the influence of drugs.”

On November 3 in New Jersey, voters passed by a nearly 2-1 margin Public Question No. 1—a constitutional amendment to legalize the use and possession of marijuana for persons age 21 and older, and legalize the cultivation, processing and sale of retail marijuana.

“Advocates believe this may now raise the stakes for neighboring states like New York, Connecticut and Pennsylvania to similarly take up legalization bills pending in their state legislatures out of concern for losing tax revenues to what is expected to now be one of the largest marijuana markets in the country,” Janson and Young observe.

In Montana, voters narrowly approved Initiative 190 and Initiative 118, both of which will permit the use, production and sale of marijuana to adults age 21 or older. In addition, under the new law, persons serving marijuana-related sentences that are no longer crimes under these initiatives may request that their convictions be expunged or may request they be resentenced if they are still incarcerated.

After a failed attempt in 2016, the voters in Arizona finally approved Proposition 207, called the Smart and Safe Act, which permits the possession and use of marijuana for adults age 21 years or older and allows individuals to grow up to six marijuana plants in their residences.

“Importantly for Arizona employers, the new law does not restrict the rights of companies to maintain a drug-free workplace or establish workplace policies restricting the use of marijuana by employees or prospective employees,” Janson and Young point out. “Likewise, employers are also not required to allow or accommodate the use, consumption, or possession of marijuana on the job.”

South Dakota became the first state to legalize cannabis for medicinal and adult use purposes on the same day, overwhelmingly passing Constitutional Amendment A which legalizes the possession, use, transport and distribution of marijuana and marijuana paraphernalia by people age 21 and older.

The initiative, called Measure 26, also establishes a medical marijuana program for individuals with a “debilitating medical condition.” This is defined as a chronic or debilitating disease or medical condition that includes severe, debilitating pain; severe nausea; seizures; or severe and persistent muscle spasms, including those that are characteristic of multiple sclerosis.

In Mississippi, voters also overwhelmingly passed Initiative 65, which allows doctors in the state to prescribe medical marijuana for patients with at least one of 22 specified qualifying conditions, including cancer, epilepsy or seizures, Parkinson’s disease, post-traumatic stress disorder (PTSD), Crohn’s disease, HIV and more. Patients also are allowed to possess up to 2.5 ounces of medical marijuana at one time.

In addition, other states took steps relaxing non-marijuana drug laws. The voters in Oregon approved one ballot measure decriminalizing possession of small amounts of drugs such as cocaine, heroin and methamphetamine, and another one that legalizes the therapeutic use of psilocybin mushrooms. Washington, D.C., also approved measures aimed at decriminalizing psilocybin mushrooms and other psychedelic plants.

Janson and Young conclude, “While state governments will now be tasked with establishing the various regulatory frameworks needed to implement these new adult use and medicinal marijuana programs, it is undisputed that proponents of legalized marijuana had a very big Election Day and with these new ballot measures, adult use cannabis is now legal in 15 states (and the District of Columbia), and medicinal use of cannabis is legal in 35 states (and D.C.).”

While employers can still craft programs to prevent employees from entering the workplace under the influence of marijuana, keep in mind that many of these states that have chosen to legalize medicinal or recreational marijuana also have adopted laws prohibiting employment discrimination against users.

Regardless of which direction employers wish to go in to control the use of mind-altering substances on the worksite, any policies they choose to adopt must be crafted with care to avoid making what could turn out to be a costly misstep.

Posted on December 7, 2020 in Housing & Construction