That’s the word from Brian Stroik, manager of the building envelope solutions team at Tremco Incorporated. 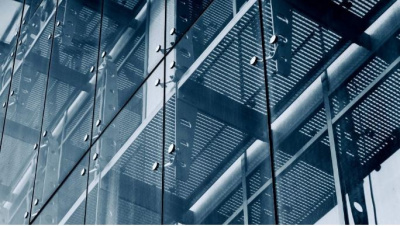 Stroik, who presented a seminar on the importance of building envelope mock-ups recently at the Buildings Show in Toronto, said tested mock-ups are critical because every building is unique. Even a chain restaurant or retail outlet with practically identical designs in the same city will face variations that impact the envelope.

The building’s site orientation, the trades involved, and the weather play significant roles in envelope performance.

One of the benefits of tested mock-ups is when time is tight, they can help speed up construction sequencing and they educate installers on proper assembly procedures, Stroik added.

“I’m not saying a mock-up will guarantee you a leak-free building but I’m saying it will help you get closer (to that goal).”

While 93 per cent of tested mock-ups fail the first time, according to 2009 National Testing Lab results, building science experts say the real percentage of failures is even higher. That is a good thing, however, said Stroik because a mock-up “is supposed to be a learning experience.”

He told the seminar audience that architects specify products from several manufacturers that comprise an envelope design but “there’s no guarantee that they will all work (together) unless they are tested (together).”

He said there can be many different wall configurations on a single project (more than 100 in some cases) so “tested performance mock-ups” should be in the architectural specifications.

Explanations for the tests and why they are necessary in specs serve as a form of checks and balances, he said, recalling a project where an architect included specs for air duct testing in a building enclosure mock-up just because he thought they qualified as an air test. “He didn’t know what he was talking about.”

While mock-ups take time to build, test, deconstruct, reconstruct and retest, over the span of a project they can save money and time, Stroik said.

He also said they don’t have to be expensive or complex. “A little mock-up” for a window with a silicone transition versus sealant from window to wall is cheap to do and helps installers understand construction sequencing.

He said the time has never been more important to do tested mock-ups because the shortage of skilled labour in Canada and the U.S. gives project owners little guarantee that the selected installers will apply the envelope correctly.

While testing specified mock-ups is typically conducted by general contractors or construction managers, Stroik said, but the costs for materials and installation are transferred down to the trades. “If it is not in the spec…not in the (architectural) details that is when it gets really expensive because guys see it as a change order.”