84 Lumber said it is hiring more than 200 store positions across the country by the end of the third quarter.

The Eighty Four, Pa.-based pro dealer operates more than 250 locations in 30 states while expanding within new and existing markets.

“Housing has proven to be more essential and important than ever before, which is why we need your help,” said Paul Yater, chief information officer and head of human resources at 84 Lumber. “If you’re in need of a job, come join us at 84 Lumber, where you can build a career!” 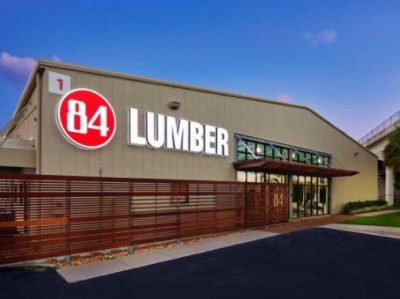 As part of the new hiring plan, 84 Lumber has set up a new retention bonus program for new Manager Trainees that sign on with the company now through Oct. 1. The program includes a bonus after 30 days of employment, another at three months, and a final bonus at the end of six months.

The bonuses are intended to help bridge new Manager Trainees into the 84 Lumber culture and incentive systems, the company said.

Yater noted that the company has piloted the bonus program since July 2019 in select markets and has seen an increase in retention rates.

84 associates start their careers at 84 Lumber as Manager Trainees before working their way up the ladder. After attending training and completing the self-paced learning program, 84 Lumber rewards employees with your first career advancement and eligibility for promotion.

The dealer said that after a short period of time, successful trainees are promoted to various positions within the company, including management roles in stores or positions at 84 Lumber Team Headquarters.

“A company is only as good as its people, and we’re extremely proud of our hard-working associates and the growth opportunities we’ve been able to open up around the country,” Yater said. “There’s never been a better time to join the 84 Lumber family, and we look forward to meeting our newest teammates in the coming months.”

84 Lumber is continuing its plans to open new stores in California, Idaho, and Michigan.

"The large majority of the positions are open for two main reasons: growth and promotion," Sarah Mellema, 84 Lumber Public Relations Manager, told HBSDealer. "We are preparing for the future with new locations on the horizon and want to get ahead of the curve!"