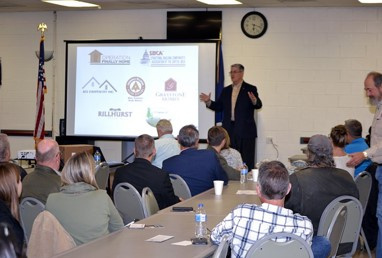 Five days before we celebrated our nation’s independence, our component Industry paid tribute to one of its intrepid defenders, Sergeant Thomas Brennan. On a secluded, treelined homesite, we presented this war hero and his family the keys to a brand new, mortgage-free home. We had honored them here at the groundbreaking one year ago, but this project was conceived years before that, and could only have been brought to realization with the leadership of Gene Frogale, incoming president of SBCA.

As Gene ascended to the presidency of our Capital Area Chapter of the SBCA, he initiated this eminently worthy, but daunting challenge of building a home for a wounded veteran in an area in the U.S. that has the highest housing costs. Gene had spearheaded our very successful golf outing each year, but realized that it would take five years of earnings from that event just to purchase a lot. In addition, the efforts of our entire national association had been required to pull off this task in past years. But in the year that SBCA had to back off on its efforts, Gene focused his efforts, and that of our Chapter, to the task. But we still needed an extra impetus to get this across the finish line. 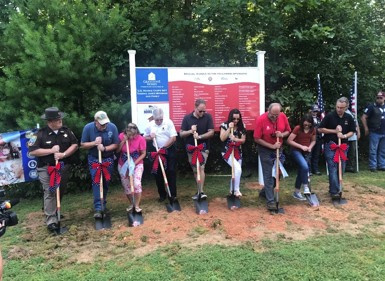 That boost came with the fortuitous addition of Kenny Shifflett to the chapter. Kenny had been a key founding member, and then the second president, of SBCA’s National Framers Council and was also a fixture in the building business in the capital area. His company, Ace Carpentry, has grown from framing single-family homes to government housing to five-story, high-density urban projects. Kenny also owned property with a builder, Anthony Clatterbuck, in a lovely Virginia piedmont subdivision. The location was ideal for a wounded veteran, a little more than an hour from Walter Reed Hospital and the commissary at Fort Belvoir. The tranquil, rolling, tree covered location would also provide a needed respite for a recovering veteran. 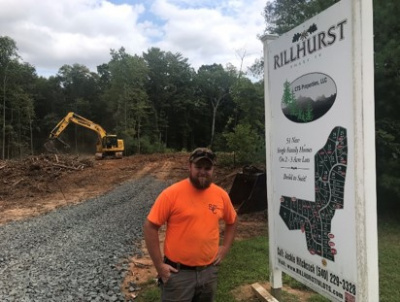 Then, about two years ago, with great anticipation, Gene announced to our Chapter, “We have a lot!” Kenny and his partner had agreed to provide a beautiful two-acre lot for a bargain price. While the chapter had nearly enough savings to purchase the lot, its members still had to raise the remainder of the six-figure cost. That’s where Gene’s business skills really paid off. Gene’s family business, Annandale Millwork, has been a fixture in the capital area for seventy years. His component business had grown remarkably over three decades in a highly competitive market. Gene and Kenny both leveraged their trade-partner relationships to the max and finally assembled a team of committed tradesmen and suppliers. The start of the project was formerly announced in April 2019 at a local firehouse, with the invaluable assistance of Operation Finally Home securing a deserving recipient. 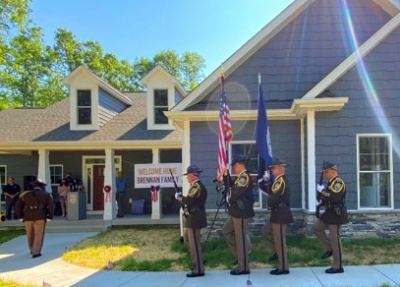 On June 30, 2020, the Brennan family and all participants returned to the site where we had met them for the groundbreaking. What had been a grassy, tree-covered lot, was now a beautiful custom home. A color guard from the local Culpeper Police Department preceded the Brennans to the front porch, and one of their own sang our National Anthem. Arrayed around the front yard were many other Culpeper police officers along with suppliers and neighbors.  After a short dedication, the Brennans finally received their keys and had their dream fulfilled.

This outstanding beneficence by our component industry honors not only a war hero, SGT Brennan, but also our commitment to the defenders our nation’s freedom. And in these troubled times, it also was touching to see the involvement of many of the local defenders of our freedom, the Culpeper Police. amongst the citizenry in attendance. Though this was our association’s finest hour, it never would have been possible without the dedication of men like Gene Frogale and Kenny Shifflett. 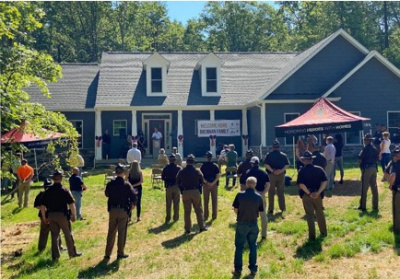