With so many builders unfairly unable to obtain a forgivable loan under the Paycheck Protection Program (PPP), NAHB, along with the HBA of Michigan and HBA of Southeastern Michigan, are moving aggressively to seek a legal remedy.

The three organizations today filed a lawsuit against the U.S. Department of Treasury and the U.S. Small Business Administration, challenging their decision to apply onerous regulations onto PPP that prevent certain builders and developers from accessing this much-needed source of funding and having those loans forgiven. 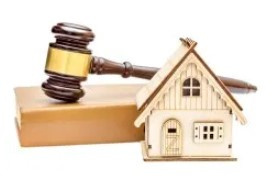 While Congress was clear in its intent to offer PPP protection to a wide range of the U.S. economy, Treasury and SBA nonetheless applied pre-existing regulations that essentially shut out a broad swath of the residential construction industry.

Specifically, SBA imposed a pre-existing regulation and guidance document that limited eligibility for certain businesses, including “passive businesses owned by developers and landlords that do not actively use or occupy the assets acquired or improved with the loan proceeds,” and “speculative businesses” that include “building homes for future sale.”

This clearly goes against congressional intent. When Congress passed the Coronavirus Aid, Relief, and Economic Security Act (CARES Act), the legislation expressly expanded the eligibility of the program to “any business concern.”

NAHB members across the nation have been prevented from seeking PPP funds because of SBA’s regulations. Those members who did receive funds faced widely inconsistent experiences. Moreover, those members who have received PPP loans may find it difficult to have those loans forgiven.

SBA’s unfair and unlawful bait-and-switch towards the residential housing industry has been compounded by inconsistent implementation of the agency’s eligibility rules. While some lenders noted SBA’s eligibility rules and declined to issue loans to excluded businesses, other lenders did not enforce these rules and extended loans to businesses deemed ineligible by SBA. These small businesses – including many home builders – applied for these loans in good faith and now fear their loans will not be forgiven because they may have been ineligible under SBA rules.

As the lawsuit notes: “These small businesses, and many others, applied for and received PPP loans under the good-faith belief they were eligible for loan forgiveness. They have since learned that, despite receiving loans and using the proceeds to keep their employees off unemployment, they are unlikely to receive loan forgiveness because, under the Exclusion Rule, they might not have been ‘eligible’ for the loans in the first instance.”

Home building is not the only industry that has been impacted by Treasury and SBA’s application of its eligibility rules. Some of these industries have filed lawsuits as well, and in one case, the court clearly held that the rules should not apply. Despite this court’s ruling, it appears that SBA, as well as the U.S. Treasury Department, will not relent without direct pressure.