SoftBank-backed construction startup Katerra has laid off more than 400 employees, one month after new CEO Paal Kibsgaard stepped into the top job. 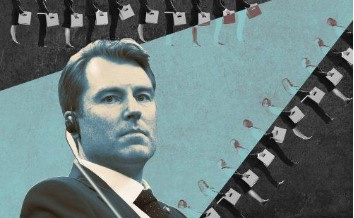 The cuts amount to 7 percent of the company’s total headcount, according to the Information. The staff affected worked in departments including human resources and civil engineering and mechanical engineering, the publication reported.

The move follows the departure of Katerra co-founder and former CEO Michael Marks, who was replaced last month by Kibsgaard, the company’s former COO. It is also one of several rounds of layoffs since last fall. The firm previously laid off 300 employees in Arizona and 58 in Seattle, the Information reported citing public documents.

Founded in 2015, Katerra received more than $1 billion in funding from SoftBank and employed more than 8,000 people as of December.

But as The Real Deal previously reported, the company struggled with logistical and technology issues as it sought to grow, and failed to complete a slew of projects.

Some of the company’s clients ended their relationship with Katerra, while other clients were found to have ties to the company’s executives.

Posted on July 2, 2020 in Most Popular Articles, Press Releases