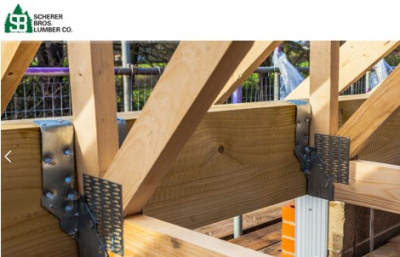 Scherer Bros Lumber started their lumber mill business on the banks of the Mississippi River near Minneapolis, Minnesota, in the 1930s and added component manufacturing operations in the 1970s because they had difficulty meeting their customers’ demand for trusses from nearby truss plants.

We recently wrote about their experience converting from their own in-plant QC process to SBCA’s Digital QC program. One of motivations for that conversion was their move to SBCRI’s Third-Party Quality Assurance (QA).*

“We had a long-standing relationship with our third-party QA inspector, but when they were acquired and the new ownership wanted to significantly increase the price we looked for alternatives,” says Jeff Burger, plant manager for Scherer Bros Truss Division. 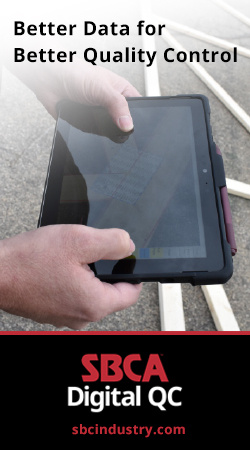 Jeff has been heavily involved in his local chapter, Structural Building Components Association of Minnesota (SBCAMN), and through it he has developed good relationships with several truss plants throughout the state. “I asked around and found that many of them were happy using SBCRI,” says Jeff. “So we looked into it and had our first virtual inspection not long after.”

That first QA inspection felt very different. “I walked around our plant with my phone in my hand and [SBCRI’s] John Arne walked me through each inspection,” says Bob Milless, Scherer Bros current in-plant QC inspector. “We talked through some of our past inspections and our QC manual and then he told me where to point the camera so he could inspect the lumber, plates and joint quality.”

As a result, Bob was heavily involved in the entire third-party inspection process. “It was very easy, and John gave us immediate feedback on what he was seeing that was either good or presented an opportunity for potential improvement.”

Both Jeff and Bob agreed that the combination of SBCA’s Digital QC program and SBCRI’s Third-Party QA give them more data points and information with which to make improvements in their processes. If you’d like to learn more about the benefits of SBCRI’s Third-Party QA program, please contact John Arne at jarne@qualtim.com or at 608-310-6702.

*SBCRI is a trade name owned by SBCA 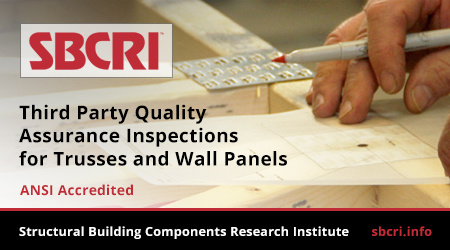