What Businesses Need to Know About PPP Extension to Aug 8

On Saturday July 4, 2020, President Trump signed a new law extending the deadline for applying for a Paycheck Protection Program (PPP) loan from June 30 to August 8. This extension comes on the heels of new Interim Final Rules (IFR) issued by the Small Business Administration (SBA) on June 22, clarifying some issues and attempting to make complete loan forgiveness attainable for most borrowers. 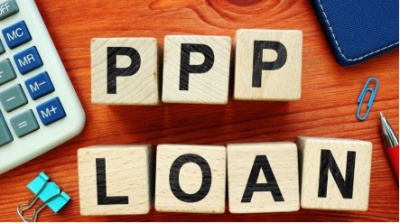 A new law extends the deadline for applying for a PPP loan until August 8. © VITALII VODOLAZSKYI - ADOBE STOCK

In addition, on July 6, 2020, the SBA and the Treasury Department released the complete database of all PPP loans issued to date—approximately 4.9 million. For loans above $150,000, the data includes company name, address, NAICS codes, demographic information, date the loan was issued, number of employees, and congressional district. For loans under $150,000, the name and address were omitted.

In a July 6 press release issued by the SBA, Treasury Secretary Steven T. Mnuchin stated, “The average loan size is approximately $100,000, demonstrating that the program is serving the smallest of businesses.” He added that, “Today’s release of loan data strikes the appropriate balance of providing the American people with transparency, while protecting sensitive payroll and personal income information of small businesses, sole proprietors, and independent contractors.”

The release of the data came at the behest of many groups and politicians seeking transparency for the $650 billion loan program created under the CARES Act. There is concern among some that the program is subject to widespread fraud and abuse, and they want accountability. Already, many companies receiving negative press coverage and fearing audits and penalties returned $30 billion in PPP funds, although arguably they received them legitimately under the guidelines.

On the other side of the debate are many business groups who want to see a “safe harbor” that all borrowers who received the loans, or at least those under a certain threshold such as $1 million, will receive loan forgiveness for portions of the loan they use according to regulations—60% on payroll and 40% on expenses such as rent, mortgage payments, utilities, and interest payments on loans.