What to Expect from the Latest Katerra Reboot 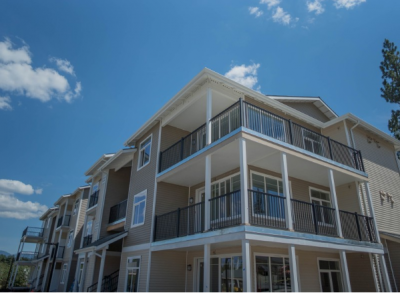 One of Katerra's completed projects.

Katerra, for one shining moment in residential construction's all too humbling history, had it all.

Early on, in 2015, the Silicon Valley upstart consisted simply, elegantly, and profoundly as Zeroes, Ones, and dollars--code and capital hungry for yield. It layered in meaningfully rigorous logic of bill of materials subcomponent sourcing streams. Unapologetically, and without a shred of self-doubt, it launched as home construction's Knight In Shining Armor, a game-changer that would "redefine the construction industry." It was engineered and capitalized, in an era of exponential technological and data leaps and bounds, to win. It subtracted obvious efficiency traps, handoff friction points, channel costs in pursuit of a heady quest: the "productized" house, live-ability as a service--minus the many thousands of dollars of money, time, effort, and materials commonly wasted or lost in today's commonly-practiced home building process.

Now, Katerra just is. A disrupter disupted by a leveling phenomenon that--as it makes its way upending a broad array of industries, businesses, families, communities, and facets of lives-as-we-knew-them--will, in the end, measure who Katerra is, as it takes a measure of each of us.

Katerra announces this week that Paal Kibsgaard has been named CEO, as it announces the exit of Kibsgaard's predecessor, the firm's co-founder and CEO Michael Marks.

Paal joined Katerra in 2019 as its Chief Operating Officer and has served on Katerra’s Board of Directors since 2016. A company statement notes, on Marks' departure:

Under his [Marks'] leadership, Katerra has grown to a multi-faceted, tech-enabled construction company with more than 6,000 multifamily units under construction and 8,000 employees worldwide. Since 2015, Katerra’s revenue has grown more than 20-fold and the company was recently named by the National Multifamily Housing Council (NMHC) as the top fifth builder in the United States.

Paal Kibsgaard said of his appointment “I’m honored to take on this new role. Five years ago, Michael Marks set forth an incredible vision for a vertically integrated company offering a comprehensive suite of building products and services. Today more than ever, we’re seeing increased demand for technological and design innovations that offer greater budget, schedule, and risk predictability. Katerra is well positioned to meet those needs and to deliver on our mission of smarter building and better communities, for everyone. I look forward to working with the rest of the Katerra team to execute this vision.”

Before Katerra, Kibsgaard was the chairman and CEO of Schlumberger Limited, a multi-billion dollar international oilfield services company. He has deep expertise in operations. During his tenure at Schlumberger, Kibsgaard also held a variety of global senior management positions including COO; president of the Reservoir Characterization Group; vice president of engineering, manufacturing and sustaining; and vice president of human resources. A petroleum engineer with a master’s degree from the Norwegian Institute of Technology, Kibsgaard began his career in 1992 working for ExxonMobil. He was named best CEO in Oilfield Services and Equipment by Institutional Investor Magazine for four consecutive years from 2016 to 2019.

Katerra's founders, bless their hearts and we wish them only the best in their future pursuits, made three mistakes every young, old, medium-aged, big, little, or medium-sized firm leader needs to learn from.

Katerra may have looked, to some in 2015 and in the few years following its vaunted beginnings, as though it had it all.

Now, it may have more. It has urgency to show who it is and why it is, as opposed to having money and capital and a good idea to show what it is.

Many builders and developers account for their case-study success stories by citing three critical factors in their success:

And, the thing is, as every home building leader knows in his or her heart, it's not at all in that order. Trusted relationships among people--with talent, with local decision-makers, with local real estate influencers, with land-sellers, with a community of skilled associates on the ground that make house- and community development such a local business--almost always come first in those leaders' minds.

Katerra, in contrast, claimed it could "transform the construction industry," based on a better way to do things that would improve productivity and make homes available and accessible to more Americans.

Now, Katerra, with an engineer at its helm, will have an opportunity to show who it is, rather than boasting what it is and how it will work to alter home construction.

Posted on June 8, 2020 in Most Popular Articles, Housing & Construction