Gene Toombs, who grew St. Louis-based MiTek into a billion-dollar company during his tenure, died over the weekend while traveling in Brunswick, Georgia. He was 79. 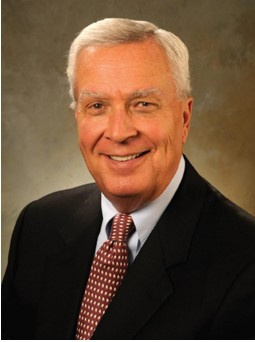 Toombs was hoping he could interest Buffett in an acquisition. He included a letter and a note, “Handle with care. Sharp edges.”

A few days later, much to Toombs’ surprise, Buffett called him, and bought the company four months later. Berkshire owned 90% of MiTek, and 55 MiTek employees bought 10%, each putting up a minimum of $100,000.

Born in Newark, N.J., Toombs accepted a position with American Can Co. and moved to St. Louis in 1970. He later worked for Boise Cascade and Sonoco Products before joining MiTek Industries in 1989 as a vice president and a president of one of the firm’s divisions. In 1993, he was named chairman, president and CEO and led MiTek until his retirement in 2012, when he assumed the role of chairman emeritus.

“Gene made you proud to be a MiTek associate and thoroughly enjoyed leading the company and guiding its worldwide growth,” said Ron Burkhardt, former executive vice president and chief financial officer for MiTek. “He was a devoted husband, father and grandfather, as well as a distinguished and dedicated community leader who generously lent his time and energies to support numerous nonprofits and philanthropic initiatives.”

Toombs had served as chairman of the boards of St. Luke’s Hospital, Junior Achievement and the St Louis Science Center. He also served as a trustee for Webster University and the Missouri Botanical Garden. In addition, he was a director for the Central Institute for the Deaf, the Regional Business Council, and was a member of the President’s Council for The Magic House of St. Louis.

“Gene was a mentor and a wonderful friend to many — always available to discuss life, family, business, leadership, health and golf in the office or over lunch or dinner,” said Tad Edwards IV, a longtime friend and chairman and CEO of Benjamin F. Edwards & Co. “Gene was a world-class CEO, highly competitive, great common sense and instincts, and most important, a friend for life.”

Funeral arrangements are pending. Contributions may be made to St. Luke’s Hospital, The Magic House or Central Institute for the Deaf.