These initiatives on state ballots will decide questions about rent control, property tax, and urban development.

Besides the presidential election, voters across the nation will be deciding state-level initiatives affecting housing and urban development. More than half of housing-related measures involve deciding tax credits—for long-time homeowners, veterans, widows, and nonprofits such as Habitat for Humanity. An amendment to the Nebraska constitution could spur redevelopment in impoverished areas. And rent control—an ever-contentious issue that pits landlords and developers against tenants—is being debated again in California.

To make things easier for you, we’ve rounded up the states’ 2020 ballot measures impacting housing and development, and explain what they mean in plain ol’ English. 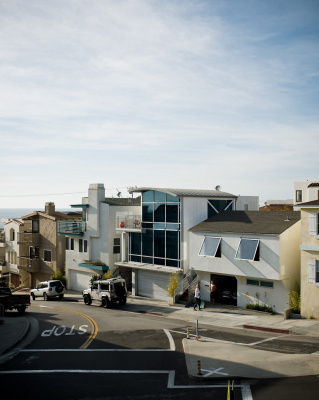 Prop. 19 overhauls a landmark decision, Prop. 13, which had a seismic effect on California property tax rates when it passed in 1978. It slashed property taxes by roughly 57% for residential and commercial properties by returning to 1975-1976 values, and promised that the annual increase be capped at 2% per year as long as folks remained in their homes. This, effectively, gave homeowners an incentive to stay put to benefit from the reduced rate. A "yes" vote on Prop. 19 would let homeowners over 55 transfer their current assessment rate to a new residence three times, and people with disabilities and wildfire victims to do so once. Realtors believe it will encourage many people to move or trade up.

To offset the fiscal impact of those tax breaks, Prop. 19 also bars children inheriting property from keeping the low tax rate if it is not their primary residence—i.e. if it’ll be rented out. Funds will go toward cities, school districts, and fighting wildfires.

Another key measure on the California ballot is Prop. 21, which would allow local municipalities to establish rent control on residential buildings over 15 years old. There’s no question that California rents are super high: Harvard University’s Joint Center for Housing Studies found that in 2020, 53% of California renters are cost-burdened. 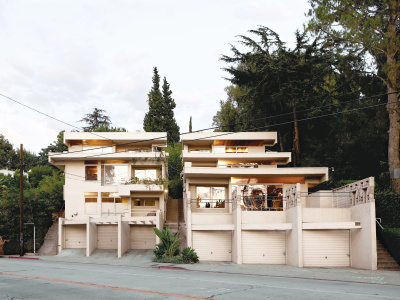 But Trinidad Ruiz, a tenants’ rights activist working with the Yes on 21 campaign, says current protections in cities like Los Angeles don’t go far enough. The organization recently helped a 79-year-old renter who was being harassed by her landlord in order to free up her unit and double the rent. Says Ruiz, "She’s paying $890 a month for a one-bedroom in Echo Park," a community where most apartments that size go for $2,400.

Prop. 21 also includes vacancy control, which removes the incentive to force tenants out; landlords would only be able to increase rent on freshly vacant apartments by 15% a year for three years. Landlord with one or two properties would be exempt. "Nobody’s wages are going up as fast as the rent," Ruiz says. "We think this offers real solutions to the housing affordability crisis."

Opponents say Prop. 21 doesn’t solve the lack of affordable housing, and that it will stifle residential property development as well as lower the value of rental properties, which could reduce local tax revenues. The Harvard University analysis, however, noted that low vacancy rates and high demand have spurred new development along with robust increases in value for rental properties. 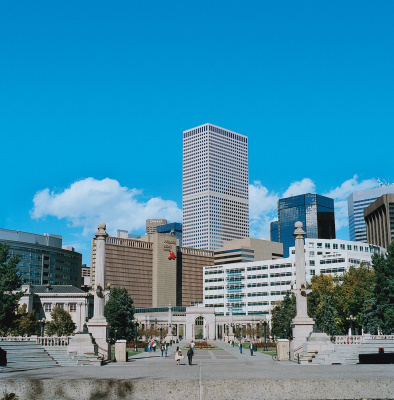 Colorado’s Amendment B attempts to repeal the Gallagher Amendment passed in 1982, which set the state’s tax revenue split at 45% from residential properties and 55% from commercial businesses. As residential development and values have grown, however, the state has continually lowered the residential property tax rate to preserve the 45/55 ratio. In the ’80s, homeowners paid 21% of their home values in taxes, and today that number is 7.15%. (Commercial property owners, by contrast, pay 29%.)

By nullifying the Gallagher Amendment, Amendment B would remove the requirement to rebalance tax rates in 2021, which proponents say will bolster local governments and school funding, and stimulate small business growth. Going forward, the state legislature will set tax rates. 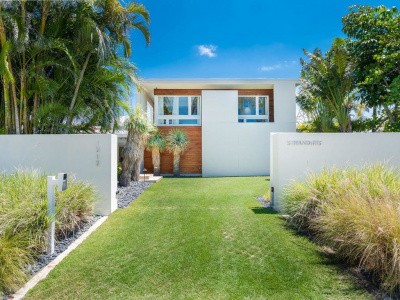 Homes in the Lido Shores neighborhood in Sarasota, Florida, have adapted to the sunny climate.

In the Sunshine State, primary residences are eligible for a $25,000 to $50,000 homestead exemption that lowers the taxable value—additionally, the Save Our Homes benefit, which first took effect in 1995, limits increases on the assessed value of these homes to 3% a year. In 2008, the state made the Save Our Homes cap portable, allowing people to transfer this homestead exemption from one primary home to another—but this can be tricky, depending on when the sale closes. Amendment 5, supported by the editorial boards of all major Florida newspapers, will extend the period for transferring the benefit from two years to three years. However, opponents like the League of Women Voters of Florida (LWVFL) say that the amendment will eat into state tax revenues by an estimated $1.8 million in the first year.

The closely related Amendment 6 transfers a disabled veteran’s tax benefits to a surviving spouse. That spouse can keep the tax break until they sell the home, remarry, or pass away (if they move but don’t remarry, the benefit transfers to the new primary residence). The entire Florida legislature supports this measure while LWVFL opposes it due to the belief that "no tax sources or revenue should be specified, limited, exempted, or prohibited in the Constitution." 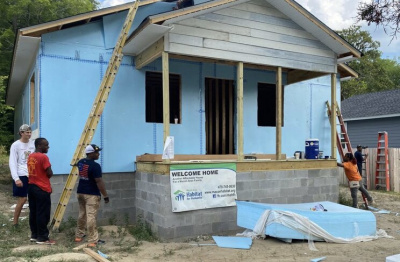 In 2019, Habitat for Humanity chapters across Georgia helped 450 families move into safe, permanent housing, says Ryan Willoughby, executive director of Habitat for Humanity of Georgia. As they’re working on lots, however, sometimes they end up paying property taxes. Referendum A would exempt Habitat for Humanity and similar groups from paying taxes on those parcels under development, as long as the people who buy them receive interest-free loans.

A "yes" vote will help Habitat for Humanity save on operating costs, funneling money toward renovating and building properties and adding to local tax revenue. "[Communities are] not going to lose money; they’re going to gain once we develop the properties we’re going to sell at fair market value," Willoughby says. "The homeowner will move in and make mortgage payments and pay taxes." 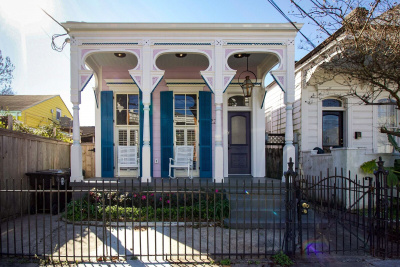 A classic Big Easy house with a fanciful facade renovated by Adamick Architecture. Cassidy Self

As ballot measures go, Louisiana’s Amendment 6 is pretty benign, says Kendrick Guidry, an attorney running for district court judge. If it passes, seniors, veterans, and people with disabilities can make up to $100,000 a year and retain their homestead benefits that freeze the assessed value of the home as long as no major improvements are made. The income level is capped at $77,000 currently.

"We take care of our veterans," says Guidry, who is a veteran. His only question is whether this needs to be added to the state’s constitution since constitutional amendments can be difficult to change. "First, do I think this is something I want to have in the constitution? And then I decide on the merits of the actual amendment," Guidry says. "Even if it doesn’t ultimately pass, guess what? The state legislature can pass the same law." 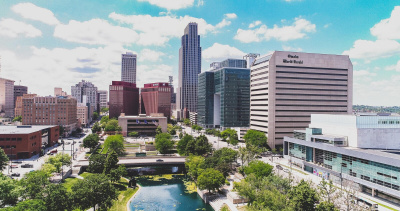 Tax Increment Financing has been used in busy areas of downtown Omaha, Nebraska. If it passes, Amendment 2 will refocus redevelopment on disadvantaged areas of the city and state, says Senator Justin Wayne. John Matychuk 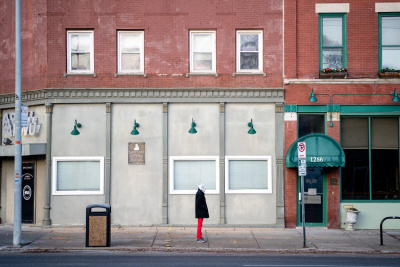 Northeastern Omaha is one of the areas that could be revitalized with the help of Tax Increment Financing. Tim Umphreys

Tax Increment Financing (TIF) is designed to help attract new development to underserved areas, says Nebraska Senator Justin Wayne. Developers who invest in these areas get a preferential interest rate on their projects.

But in recent years, that’s not how TIF has been employed. "These programs were designated for poverty areas, and they’ve been hijacked by other people," says Wayne. Developers with friends in high places have used TIFs for projects in bustling areas of downtown Omaha, such as at 72nd and Dodge.

Wayne sponsored Amendment 2 to concentrate development on poor pockets in rural areas and sections of Omaha that are overwhelmingly Black and Latinx. Under the amendment, the repayment period for TIFs will increase from 15 to 20 years for projects in "extremely blighted" areas that experience average unemployment rates at 200% or more of the state level, and poverty rates of more than 20%. Eleven developers already have contacted him about redevelopment projects.

Combined with a recent $10 million grant to support affordable housing and a $5,000 First Home Grant for first-time buyers with modest incomes, tightening up where TIFs are applied can transform communities across the state, says Wayne.

"Our overall goal is economic development and homeownership," he notes. "We’re not looking for a government handout. We’re looking to build and do it ourselves. We want the same incentives and tax breaks that everybody outside the poverty area gets." 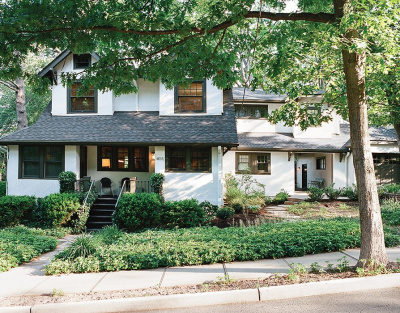 Veterans involved in military combat enjoy tax benefits in New Jersey, but peacetime veterans don’t get the same perk. Public Question 2 would extend the state’s $250 property tax deduction to peacetime vets—and any surviving spouses—as long as their service ended on good terms. Additionally, the 100% property tax exemption for wartime veterans with service-related disabilities would expand to peacetime veterans with the same, as well as surviving spouses. If the measure passes, state tax coffers will take a $13.6 million hit in 2020, according to the Office of Legislative Services.