The Sony Walkman. Big hair and bigger shoulder pads. Lines at gas stations. To these mementos of the early 1980s you can add one more: rampant inflation. For Baby Boomers, the scars they feel from the days of 18% mortgage rates remain so painful that it's easy to see why some gray-haired politicians and financiers have shown alarm at the possibility the U.S. economy will overheat as it emerges from the pandemic. Skyrocketing prices for lumber and many other building materials combine with worries about the impact of the $1.9 trillion stimulus package to make even a minor uptick in the 10-year bond rate cause for concern. 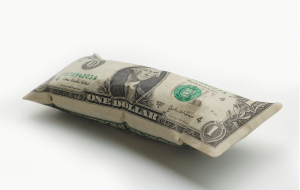 Fed Chairman Jerome Powell and Treasury Secretary Janet Yellen concede we might see consumer costs rise a bit this year, but they maintain any signs of bigger increases can be controlled without harming the economy. Indeed, only 12% of the respondents to a recent National Association of Business Economists survey predicted the Fed will raise the federal funds target rate this year, while 46% predicted no increase until 2022 and 28% expected it wouldn't happen until 2023. And while mortgage rates have cracked the 3% mark, they remain far below the norm that we've seen this past decade—and nothing like the 1980s.

Despite all of this, whispers of worry linger. So—as mainly an academic exercise now that could be useful to know later—let's look at how inflation can influence a merger or acquisition.

First, keep in mind that the price paid for a dealer typically is based on the value today of the future profits the buyer can expect to receive from the acquired company. Unforeseen inflation reduces the real (i.e. inflation-adjusted) value of future dollars taken in.

This means that buyers who expect inflation will return could seek to trim what they're willing to put in because they anticipate the ultimate payout won't be as good as it would be in a non-inflationary scenario. To counter that, you'll need to show your rate of profit growth will outpace the rate of inflation. You might choose to provide data in terms of units sold as well as the dollar value, as that takes inflation out of the picture. This can also come into play when buyers try to ascertain the impact of commodity price inflation over the past year.

Inflation also could affect a deal because of the way a Fed increase in borrowing costs ultimately would influence mortgage rates. Those more expensive mortgages presumably would tamp demand for homes and thus lead to slower business for dealers. However, consumers' desire for housing today is so strong that, according to a recent Evercore/ISI survey of major builders, most builders think 30-year mortgage rates would have to rise to at least 3.8% and perhaps even 4.25% before they would affect demand. We haven't seen such rates in a couple of years. Evercore also believes new-home prices could go up another 20% and demand still would be as strong as it is today.

In addition, studies indicate that lots people are using much of their stimulus payments to reduce debt and boost their savings accounts. As a result, analysts believe more people are in shape today to make bigger down payments, thus reducing monthly costs and making a mortgage affordable even if mortgage rates rise.

From all of this you can conclude that inflation matters in deals mainly when the inflation rate is high and the duration of the inflationary period is long-term. We're not at that point yet--indeed, we're only at the point where people are getting nervous about what might happen. That nervousness might show up in deal discussions you're having, but it shouldn't derail the sale process.