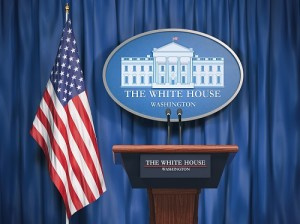 Several housing organizations, including the National Association of Housing and Redevelopment Officials (NAHRO) and the Council of Large Public Housing Authorities (CLPHA), d the plan’s recognition of housing as infrastructure.

“NAHRO has advocated strongly for a major infusion of funding to address the backlog of public housing capital repairs, so we are glad to see that the proposal makes a substantial down payment by targeting $40 billion to preserve and modernize public housing units,” said Sunny Shaw, president of NAHRO. “Also, we called for additional federal operating subsidies to support the expansion of affordable housing, as well as increased investments in local communities, so we are pleased to see language suggesting expansions in project-based rental assistance and the CDBG [Community Development Block Grant] program.”

As the plan is being deliberated, NAHRO will continue to call for at least $70 billion for public housing repairs, more funding for the HOME program, and an increase in tenant-based vouchers, according to Shaw.

“The $213 billion to produce, preserve, and retrofit more than 1 million housing units, with $40 billion targeted at the long-neglected public housing capital needs, is the size and scale that can move the needle on improving public housing infrastructure,” added Sunia Zaterman, CLPHA executive director. Her organization has called for a 10-year road map to recapitalize the public housing portfolio.

Zaterman added that CLPHA will work closely with Congress to ensure that the housing provisions are fully funded and remain central to the bill.

Earlier this month, the National Low Income Housing Coalition released “The Gap: A Shortage of Affordable Homes” report that reveals a shortage of more than 7 million affordable and available rental homes for extremely low-income renters, with no state or major metropolitan area has an adequate supply of rental housing for the poorest renters.

This also leads to excluding low-income renters from communities that may have better resources such as high-performing schools, he said.

The affordability issue is large and complex, and, while no single proposal will resolve the problem, “what the Biden administration has proposed should move the needle if adopted and embraced,” Benoit said.

The National Association of Home Builders also praised the housing component of the plan.

The NAHB noted that the administration is calling on lawmakers to pass the Protecting the Right to Organize (PRO) Act, which the association opposes.