Faceshields are ineffective at blocking small (0 to 7 microns) airborne particles caused by coughing, results of a recent NIOSH study show. 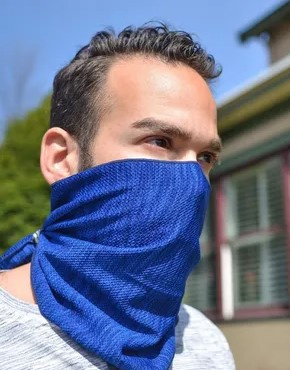 To gauge the effectiveness of facemasks, neck gaiters and faceshields as a source control and in reducing the spread of COVID-19, researchers used a device that simulates coughs to propel small aerosol particles through the different face coverings, which were placed on a manikin head, lead study author William Lindsley, a biomedical research engineer at NIOSH, said in the March issue of the agency’s eNews newsletter.

“We tested how well face coverings stopped cough aerosols from being expelled into the air,” he added. “We did not test these devices as personal protective equipment to prevent aerosols in the environment from being inhaled by the wearer.”

Lindsley noted the agency is testing other face coverings.

He added: “Our results indicate that any face covering is better than no covering, as also specified by CDC guidelines.”

The study was published online Jan. 7 in the journal Aerosol Science and Technology.