Rigidply Rafters Inc. is celebrating 50 years in business in Oakland this year. 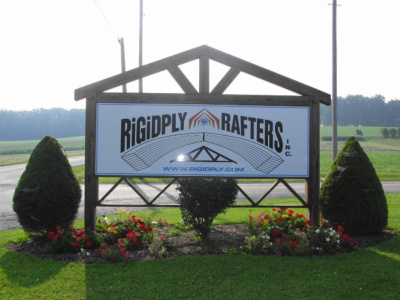 The company was first established in 1954 by Chester F. Shirk. The family-owned business manufactured glue-laminated rafters in the basement of Shirk’s home in Meyerstown, Pa.

Shirk’s unexpected death put the business in the hands of his 17-year-old son, Arthur Shirk. With the help of loyal customers and employees, he was able to build the business to what it is today.

In 1963, Rigidply introduced a new product of wood roof trusses and put its first crane truck into service in 1964.

Today the company is owned by two of Arthur Shirk’s sons, Vernon and Harold Shirk of Richland, Pa.

The business was established as a corporation in 1971. At that time, Arthur Shirk arranged an agreement with Emanuel Miller in Oakland to purchase and establish a plant there. 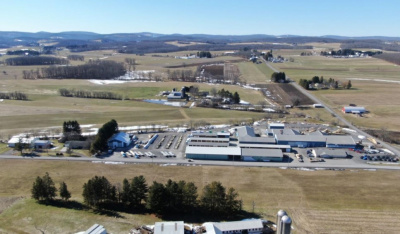 Rigidply Rafters of Maryland has three roof truss shops and one floor truss shop. One of these roof truss lines is automated with the most recent Mitek software, linking the saw and the table together to produce a precise fit.

All the laminated products are manufactured at the corporate plant in Richland.

Rigidply Rafters of Maryland currently serves West Virginia, Maryland, Pennsylvania, Virginia and Ohio with products and service. A number of stores are also supplied with its products, such as Lowe’s, 84 Lumber, OC Cluss and many other smaller lumberyards and contractors. 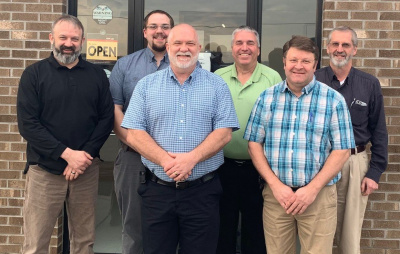 Laminated products are shipped nationwide and may be seen at Bass Pro Shops and Disney World in Florida. In the late 1990s, Rigidply manufactured some trusses in halves. They were then loaded into containers and shipped to Japan.

The Oakland plant was destroyed by fire in 1985. It was rebuilt and back in operation by 1986.

In October 2003, another fire in Oakland destroyed a large portion of the manufacturing plant. It was rebuilt and back in operation by March 2004, expanding the size of the shop that was destroyed.

In 2016, one of the truss lines was upgraded with an automated saw and table that allows for faster and more precise setup times at the table.

In 2020, another truss line was upgraded with a new truss system. This gives the capability of fabricating a truss that can span 100 feet.

Currently, Rigidply Rafters has 62 full-time employees and one part-time employee in Oakland. This includes five internal salesmen, four truss designers (with one of them being a professional engineer), two dispatchers, one production supervisor and three administrative assistants.

Of the current staff, 20 have been employed for over 20 years, eight for over 30 years, and three have over 40 years of experience in the industry.

Ronald Gnegy is the Oakland plant’s general manager. He started with the company in 1992 as a production laborer and worked on the production floor for nine years, serving as a line foreman for seven of those years.

In 2001, he was promoted to production supervisor, overseeing all of production until 2009, when he became general manager.

“I would like to express our personal thank you to all of the employees and customers who have made this great milestone a possibility,” Gnegy said. “It takes each one of our employees to work together to make us the successful company that we are today. To all of our customers, a thank you to you for years of loyalty and professional relationship. We look forward to continuing to serve all of you with many of your construction needs.”