Occasionally in the forefront of public attention since the COVID-19 crisis began has been America’s continuing challenge of dealing with the abuse of psychoactive drugs. This is because the pandemic is believed to have caused an increase in drug use among those vulnerable to the psychic stress caused by the disease and the social measures taken to combat it. 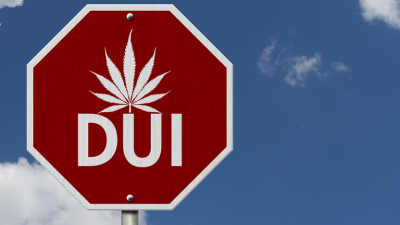 When it comes to essential workers like commercial truck and bus drivers, the stakes are higher than they have ever been, and the concerns are real. Because of this situation, reliable data about their drug use is needed now more than at any other time in the past. Without that data, effective public policy and management decision-making are hobbled before they begin.

More than 56,000 commercial driver violations were reported to the Federal Motor Carrier Safety Administration (FMCSA) Drug and Alcohol Clearinghouse during 2020—the first year of its existence—that it gathered from fleets operating in interstate commerce. A total of 182,124 truck and bus employers have signed up with the clearinghouse over the past year.

FMCSA reported that 45,822 of the violations were the result of drug test failures, 7,803 came from drivers’ refusal to take the tests, and 1,330 were based on the employers’ actual knowledge of recorded violations.

Of the total driver violations reported, the largest number—29,500—stemmed from drivers who tested positive for marijuana. The second highest number was for cocaine, 7,940, followed by methamphetamine, 5,187 and amphetamine, 5,953. (Opioid drugs are not reported as a group but individually by pharmaceutical trade names. That total appeared to be 5,389).

In contrast to the number of psychoactive drug violations reported, only 1,203 of the total were alcohol-related, and these were largely for drivers whose test results showed a blood alcohol count of 0.04 or higher.

Although the clearinghouse had been under development for three years before it went live on Jan. 6, 2020, since then truck and bus fleet operators have been required by law to report commercial drivers’ license (CDL) holders’ drug and alcohol testing violations. They also are expected to refer to it before allowing prospective and current driver-employees to operate commercial vehicles in interstate service.

Two roadblocks have diminished the usefulness of clearinghouse data. One is that in 2019, state licensing agencies were granted a three-year delay before they are required to file inquiries with the federal clearinghouse before granting licenses to interstate truck and bus drivers (although they may voluntarily request clearinghouse information).

The second problem with generating accurate numbers is the result of the federal government having granted a temporary exemption to pre-employment testing for drivers returning to work after being furloughed by truck fleets during the height of the Coronavirus pandemic last year. However, that exemption ended on Sept. 30, 2020.

Going by the Numbers

Of the grand total of 56,156 drug testing violations recorded by the clearinghouse, most—28.558—were uncovered during pre-employment testing. Among the others, 20,761 stemmed from random testing, 2,293 from post-accident testing and 1,120 were the result of reasonable suspicion testing.

Each violation was registered for a specific banned substance. Keep in mind that it is not unusual for drivers to test positive for multiple substances, so the actual total number of drivers who were found to be in violation was 52,000.

One discouraging part of the report was the revelation of how few of the drivers sought to embark on the steps necessary to be allowed back behind the wheel of a vehicle. Only 6,513 of the drivers placed in prohibited status were allowed to return to duty later on after taking appropriate rehab measures and then testing negative. On top of that, 34,769 had not even bothered to attempt the return-to-duty process.

The trucking industry has been seeking better methods for drug testing than urinalysis for years, and hopes that its proposals for acceptance of hair testing will gain favor in the new Biden Administration. With industry backing, Congress in 2015 called for carriers to be able to drug test drivers via hair sample in lieu of a urine test and charged FMCSA with developing the rules—which at this point have yet to surface.

Trucking industry advocates of hair testing also want to see changed what they believe are as unworkable guidelines in regard to hair testing regulations that were created last year for FMCSA by the Trump Administration’s Department of Health and Human Services.

Owner-operator groups oppose hair testing as insufficiently effective, and one study projects that almost 300,000 drivers would fail such a test and be taken off the road, worsening the already dire driver shortage. The technique also has been accused of being discriminatory against racial and ethnic minorities. A bill recently introduced in Congress would ban the use of hair testing in child welfare monitoring.

What remains clear is that employers of all sorts can expect to face an intensifying struggle to maintain a drug-free workplace. Reports on drug use in the population don’t make one hopeful. The most recent annual numbers reported were for 2019 and they showed that workforce positive drug tests in the United States hit a 16-year high that year.

Last September, Dr. Barry Sample, senior director of science and technology for Quest Diagnostics, which issues the annual drug abuse report, declared, “There is no question that before COVID-19, rates of workplace drug positivity were trending in the wrong direction, based on our data, The enormous strain caused by COVID-19 may prove to be an accelerant on this disturbing trend. Organizations will need to consider the impact of COVID-19 not only on workplace safety but also as a health concern for their employees for some time to come.”

Last August, the Centers for Disease Control and Prevention (CDC) issued a research report finding an increase in anxiety-based mental illness, and it showed a rise in thoughts of suicide and suicides blamed on the pandemic. Widespread reports also revealed a marked increase in alcohol sales across the country.

From Jan. 1, 2020 to when the national emergency was declared on March 13, and for the period from then to the end of May 2020, there was a spike of 32% in the use of nonprescribed fentanyl, 20% for methamphetamine, 12.5% for heroin and 10% for cocaine, accompanied by an 18% increase in suspected drug overdoses.

During that same period, marijuana continued to top the list of the most commonly detected illicit substances across all workforce categories. Some of the rise in drug use is likely to have been fueled by the nationwide wave of legalization and decriminalization of marijuana, and in some cases, other psychoactive recreational drugs like psychedelic mushrooms.

That trend sped up with the last round of elections in November 2020. This saw additional laws enacted in more states and localities, along with the passage of ordinances aimed at protecting the rights of employees who use legal marijuana and other drugs. In last year’s elections, the District of Columbia, Arizona, Montana, South Dakota and New Jersey legalized the possession and use of recreational marijuana. As a result, the number of states left that do not permit use of at least medical marijuana or related products are steadily dwindling.

Legalization statutes at the state and local level typically permit employers to prohibit marijuana use or intoxication on their premises or during work hours, point out attorneys Garrett David Kennedy and Alison Lewandoski of the DLA Piper law firm. Federal and state statutes also ban drug use by employees in safety sensitive jobs, including commercial drivers and train operators.

“This issue is made more complicated by the difficulties in testing for intoxication: There is no breathalyzer equivalent, and drug tests pose problems because traces of THC may remain in an individual’s system for weeks after use,” they say. “This creates a Catch-22 for employers: With no way to test for intoxication, an employer must either confront an employee who may be high and risk a discrimination claim, or else ignore the issue and risk potential safety and operational issues.”

The attorneys also observe employers can’t expect to rely on the defense that marijuana continues to be considered unlawful at the federal level. State courts increasingly have rejected the legal theory that the federal Controlled Substance Act preempts state anti-discrimination laws designed to protect the rights of marijuana users, particularly those prescribed the drug for medical reasons.

Kennedy and Lewandoski advise employers to make themselves aware of changes in relevant local jurisdictional law and ensure their policies and practices are updated accordingly. In addition, they say managers—particularly where employee and operational well-being is at issue—should be trained to proactively and tactfully identify and address safety and productivity risks.

Although employers generally may prohibit unlawful substances in the workplace, they should be aware that, based on local law, they may need to accommodate medicinal users, such as by permitting cannabis on company premises, even if prohibiting its use. The attorneys also stress that employers should routinely survey the ever-changing legal landscape to ensure they remain in compliance.