According to the AIA’s 2020 Firm Survey Report, the use of building information modeling software has increased significantly since 2005, with all respondents working in offices with 50-plus employees affirming the use of BIM in some capacity, including data sharing among project collaborators and stakeholders. The growth in BIM usage has been accompanied by increased interest in OpenBIM, a notion in which universal standards and benchmarks exist, and file formats enable interoperability in any BIM-compatible software. Currently, the country lacks mandated or widely used national BIM standards. Instead, BIM approaches are haphazard, varying by company, public agency, or client requirements. 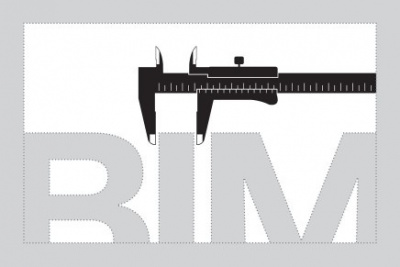 OpenBIM aims to provide uniform standards—such as Industry Foundation Classes (IFC), the BuildingSmart Data Dictionary (bSDD), and BIM Collaboration Format (BCF)—to limit the time designers spend ensuring their BIM model meets OpenBIM guidelines. On the other end of the spectrum is Closed BIM, in which project team members and collaborators exchange files in a proprietary format.

Studios typically work somewhere between OpenBIM and Closed BIM, meaning that not all project BIM data is shareable in a granular way—but that might be the goal. Sharing an entire building information model can create confusion, for example, when one area is ready for consultants to review its design, but others are not.

BIM Standard Prospects
The nonprofit BuildingSmart International has been working toward global BIM standards for years. Last November, BSI’s U.S. chapter was re-established with the goal to develop and encourage the use of open standards for interoperable digital data on national building and infrastructure projects. Just a month prior, Autodesk announced it had joined BSI’s strategic advisory council; the influence of the software developer, whose products include Revit, might help increase adoption of future OpenBIM standards.

Another organization promoting OpenBIM is the National Institute of Building Sciences BIM Council, which announced in December the next steps for its U.S. National BIM Standard (NBIMS-US). The current edition, Version 3, was last updated in 2015 and “cannot be implemented as a comprehensive standard, but instead is a compilation of content chapters covering various BIM-related categories, including the definition of standard information exchanges and practice standards to support BIM implementation,” says NBIMS-US planning committee chair John Messner. He expects Version 4 to be released by the end of this year.

NBIMS-US Version 3 contains the Construction Operations Building Information Exchange (COBie), an open data schema, or structure, to support the transfer of information from project participants to the owners. COBie establishes what data attributes are required in building asset descriptions in BIM documents; for example, a pump would be expected to have data on its manufacturer, model, serial number, and flow rate.

Public and private building owners, including the Army Corps of Engineers and General Services Administration, are increasingly requiring other portions of NBIMS-US, such as the BIM Project Execution Planning Template.

OpenBIM Benefits
OpenBIM standards can also improve the design workflow because the current “lack of [software] interoperability forces some stakeholders to work in tools not ideal for their needs to allow for greater collaboration,” says Claudia Cozzitorto, director of design technologies at Toronto-based Diamond Schmitt and a BuildingSmart Canada board member. However, she believes project owners will benefit the most from OpenBIM. “Their BIM data is stored and used in an open file format, which does not require updating or depend on any single software company to access their data,” she says. “It is future-proofed.”

OpenBIM also offers security advantages, Cozzitorto says: “We currently share proprietary format files, which means the receiver can open and edit them easily.” A Microsoft Excel file, for example, seems easier to modify and copy than a PDF file. Similarly, sharing a Revit file can seem less secure than sending an IFC file, an OpenBIM format. “That is why native files are typically shared within a collaborative group as outlined in the project BIM execution plan,” she says.

Is cross-disciplinary collaboration and engagement a universal goal?

Data Sharing
Sharing project data and drawings among team members has to overcome technical challenges, like the lack of standards. But the primary obstacle lies at the heart of our industry: Designers are often reluctant to share project information or don’t know when to do so. Is cross-disciplinary collaboration and engagement a universal goal?

Shane Burger, a New York–based principal and the global technology leader at Woods Bagot, believes OpenBIM could be advantageous during the design and delivery process. “With five offices in Australia, we have based our BIM delivery methods and documents on the Natspec standard and are now in the process of working through ISO 19650 as a new baseline across our 15 global studios,” he says. Yet he remains uncertain whether one standard will prevail industrywide or whether any firm working internationally will need to accommodate multiple standards by region or sector.

“There are some concerns regarding respect for intellectual property in sharing data using any open BIM collaboration method, and the understanding of [work-in-progress-] versus formal-deliverables submissions,” he says, but a standard contractual agreement can address these concerns. “For example, it is important for all parties to define proper immediate and downstream uses for model data, as well as ownership of [BIM model element libraries], especially [a firm’s] pre-existing intellectual property.”

OpenBIM in Practice?
In his book Think Like an Architect (RIBA Publishing, 2020), University of Illinois at Urbana-Champaign professor Randy Deutsch, FAIA, writes that some “architects are gregarious, independent thinkers, and they don’t like to follow rules.” Though Deutsch is an advocate for OpenBIM, he believes the required uniformity of software-agnostic BIM standards may be a concern, as is the expectation that the standards will be implemented irrespective of project or firm location, project type, or size. “Most designers would prefer to work as they have always worked,” he says. “They may feel that following rules—in this case, uniform BIM standards—would slow them down.”

Indeed, for OpenBIM to be successful, architects must overcome more than simple technical challenges: They must also be willing to learn and apply the new standards consistently and to collaborate in a truly open way.