The monthly gains are largely attributed to the strong growth of spending on single-family and improvements. Single-family construction spending rose to a $365.0 billion annual pace in December, up by 5.8%. It was 20.7% up from December 2020. This is in line with the strong readings of single-family housing starts. Remodeling spending, which include spending on remodeling, major replacements, and additions to owner-occupied housing units, inched up by 0.4% in December. Meanwhile, multifamily construction spending inched up 0.1%, reaching a new record high. It was 17.8% higher since a year ago. 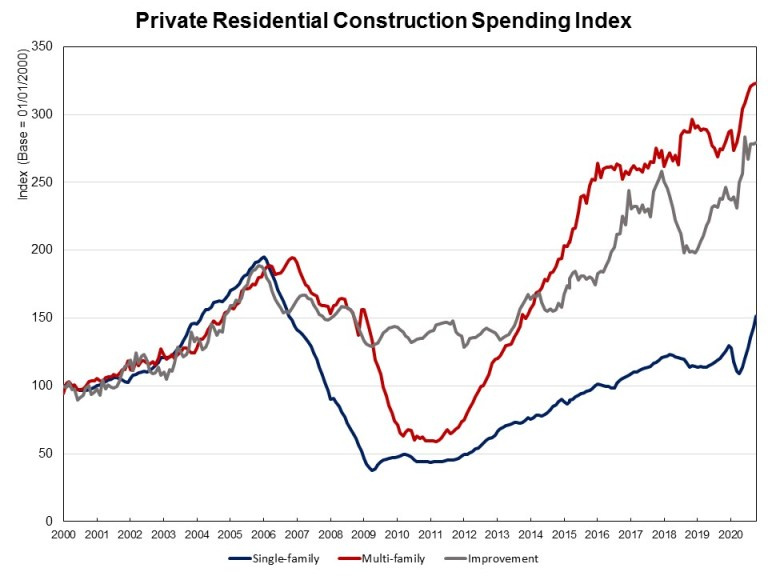 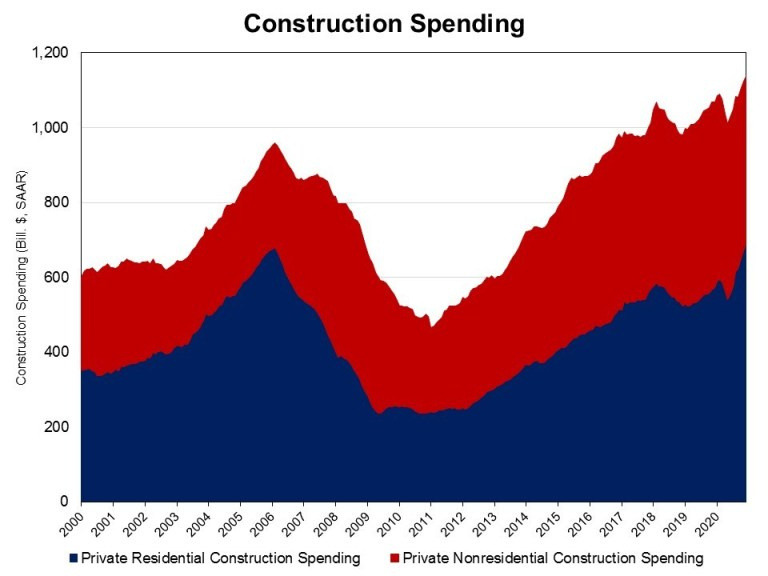