Norbord Inc. is being delisted from the New York Stock Exchange effective today, signaling the completion of its acquisition from West Fraser. 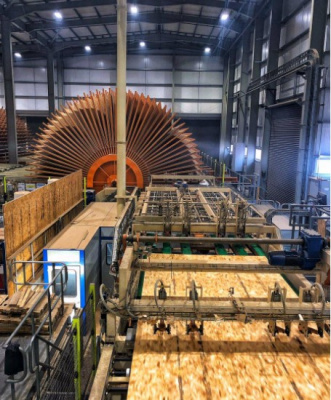 Norbord, the world's largest producer of oriented strand board, operates 17 OSB mills worldwide, including this on in the United Kingdom.

The two wood industry giants issued a joint press release on Feb. 1 announcing that “West Fraser has acquired all of the issued and outstanding shares of Norbord.” The all-stock deal was valued at C$4 billion (US $3.1 billion).

"Today marks a new era for all West Fraser employees and shareholders with the completion of the Norbord transaction,” said Raymond Ferris, president and CEO of West Fraser. ‘The combination of two top-caliber employee teams manufacturing sustainable products that are essential for a low-carbon economy positions West Fraser well going forward."

Completion of the merger announced in November was paved by a final order issued on Jan. 22 by the Ontario Superior Court of Justice approving Norbord’s sale to West Fraser. Three days earlier, the transaction was approved by 99.33% of the votes cast by Norbord shareholders and by 99.99% of West Fraser shareholders.

Posted on February 8, 2021 in Sponsored Headlines