An important consequence of the COVID-19 crisis has been a shift in housing demand preferences, with home buyers and renters favoring lower-density suburbs and exurbs over the core of large metropolitan areas. This suburban shift is seen in construction data, with the NAHB Home Building Geography Index showing that lower-density markets posted relatively greater growth rates for both single-family and multifamily construction during the middle of 2020. 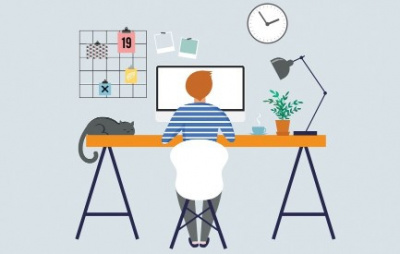 While this shift seems to be a result of individuals responding to the public health crisis, it is in fact an acceleration of housing demand changes due to long-run declines for affordability in overregulated, high-cost urban markets such as New York and San Francisco.

The shift has been greatly facilitated by the increase in working from home. While it’s unlikely that large numbers of people will be able to work in an entirely different metro area than that of their employer, it will be the case that workers will have the increased ability to work at home one or more days per week. Fewer commutes mean households will have a larger area from which to choose a home.

This is an empowering moment for buyers and renters. Consider a common response from policymakers, with entrenched interests in high-cost markets, to the idea of people living elsewhere: “Where are you going to go?” For these implicit proponents of densification, the idea that people might want to live elsewhere, if given the possibility, appears unthinkable. Economists have a word for this kind of assumed power over consumers: monopoly. In a political realm it means less competition, higher taxes, and lower-quality public services.

That is why the shift in buyer/renter preferences, and the ability to actually move, is good for housing and American democracy in general. When people can vote with their feet to fight back against inefficient government, ordinary families gain political power. And the lack of political power in high-cost markets in recent decades has no greater example than ongoing declines for housing affordability.

The U.S. has experienced an affordability crisis for much of the post-Great Recession era. Rent burdens increased and the ability to buy a home declined as supply of single-family and multifamily construction was throttled by regulatory burdens, expansion of NIMBYist policies, and a lack of developable land. For households looking for jobs, resigning themselves to the limited housing options in high-cost markets became part of the process of adjusting to a new city. When I moved from Ohio to Washington, D.C., a fellow economist told me my outrage-threshold over local home prices would decline by about $100,000 per year. She was not far off.

Thus, even partial persistence of work-from-home options will expand buyer purchasing options. NAHB data shows 61% of workers believe they’ll be able to telecommute on at least a partial basis after a vaccine is deployed. And while less than one-third of the workforce has been working at home, any reduction in traffic reduces the commute time/cost for all workers.

In response to where they’ll go, home buyers and renters now have more answers from which to choose. This is good news for them and builders, while representing a threat to policymakers and bureaucrats who have for too long taken their own residents for granted by driving up the cost of housing and limiting housing supply.

Posted on January 7, 2021 in Housing & Construction