Editor’s Note: The following is a post from Casey Verville, an attorney at Cotney Construction Law.

President-elect Joe Biden’s administration will no doubt bring changes to federal agencies, many with ramifications for the construction industry.

One of the most critical for contractors is the Occupational Safety and Health Administration, which sets and enforces standards that employers must follow in order to keep workers safe and healthy.

Without a doubt, the most pressing current occupational safety and health hazard is workplace exposure to COVID-19. Members of Congress and labor unions have petitioned President Trump's Secretary of Labor, Eugene Scalia, for an emergency COVID-19 standard without success. 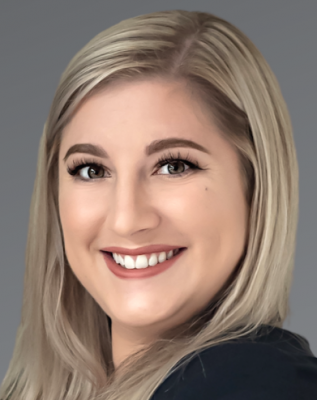 As President-elect Biden has vowed to focus on bringing a quick end to the pandemic, an emergency OSHA regulation for COVID-19 could be part of the administration’s public health response to the pandemic, although his list of COVID-19 priorities does not specifically mention an OSHA standard. Virginia, Michigan and Oregon have enacted state-based COVID-19 standards which are likely to provide a good indication of what requirements a federal OSHA Emergency Temporary Standard might look like.

There are several other construction-related workplace topics that could become front and center for OSHA this year. They include:

Members of Congress have become increasingly concerned about the effects of heat illness on American workers. Last year, the Occupational Safety and Health Review Commission vacated an OSHA citation in a fatal heat stress incident (The Sturgill Decision). In light of this, once Democrats regained majority of the House of Representatives, Rep. Judy Chu (D-CA) introduced a bill (H.R. 3668) to the House that would compel OSHA to establish an occupational safety or health standard on prevention of exposure to excessive heat.

OSHA under the Biden administration may receive renewed calls for a federal heat stress standard. OSHA currently cites employers for heat hazards under its general duty clause, which is generally understood as a “catchall” for hazards. The standard authorized by H.R. 3668 would require employers to provide hydration, scheduled and paid rest breaks in shaded or climate-controlled environments, acclimatization plan, training, monitoring, surveillance, and recordkeeping, as well as emergency response in cases of heat illness.

Under President Obama, OSHA also developed a robust practice of “regulation by shaming” in which it would issue press releases about enforcement actions intended to fear or shame employers into stricter compliance with OSHA standards. In fact, a Duke University researcher found that this policy under former OSHA Administrator Dave Michaels led to other facilities significantly improving their compliance.

The Trump administration has curtailed the practice, according to a departmental memorandum obtained by the New York Times. Regulation by shaming would likely return under a Biden administration, which would feature well-publicized enforcement.

OSHA under the Obama administration was developing a standard for comprehensive infection control programs and control measures to protect employees from infectious disease exposures. Measures being considered at the time included requirements for written worker infection control plans, medical surveillance and vaccination, and a medical removal protection (MRP) benefit paid to employees removed from duty due to infection.

The Trump administration removed the rulemaking from the Department of Labor’s regulatory agenda. The COVID-19 pandemic and a subsequent shortage of respirators have renewed interest in an infectious disease workplace standard. Currently, there is no corresponding federal workplace health standard. Infection control measures are specified by the Centers for Disease Control and Prevention (CDC) and industry standards set by the Joint Commission, which issues accreditation for hospitals and other healthcare organizations.

OSHA has many existing standards regulating various aspects of emergency preparedness and response. The Obama administration moved to address concerns in the emergency response community following an ammonium nitrate explosion at a fertilizer plant in Texas, in 2013 which resulted in 15 fatalities and more than 260 injured.

OSHA acknowledged that its existing standards failed to reflect major developments in the safety and health practices that had already been incorporated into industry consensus standards. This rulemaking remains in the pre-rule stage.