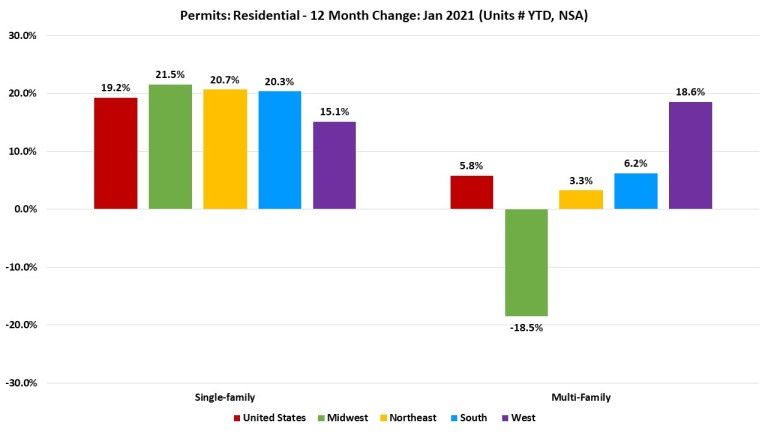 Year-to-date ending in January, single-family permits reported increases in all four regions. The relatively more affordable Midwest reported the strongest increase of 21.5%, followed by the Northeast (+20.7%), the South (+20.3%), and the West (15.1%). Except for the Western region (+18.6%), multifamily permits were sluggish across the rest of the country compared to January 2020; the Midwest saw a decline of 18.5% while the Northeast (+3.3%) and the South (+6.2%) reported modest increases. 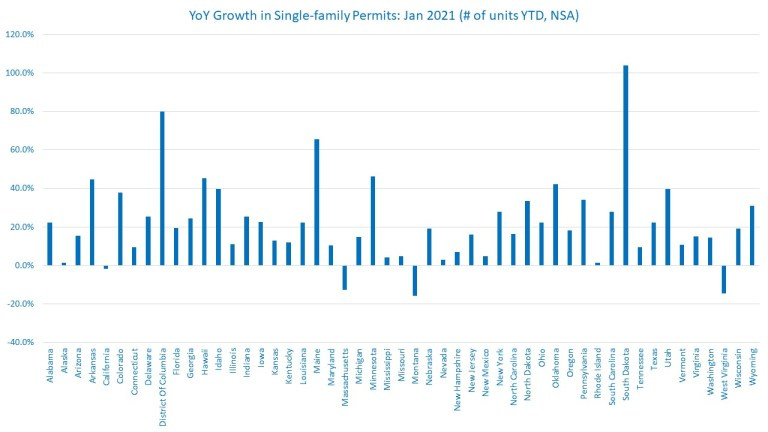 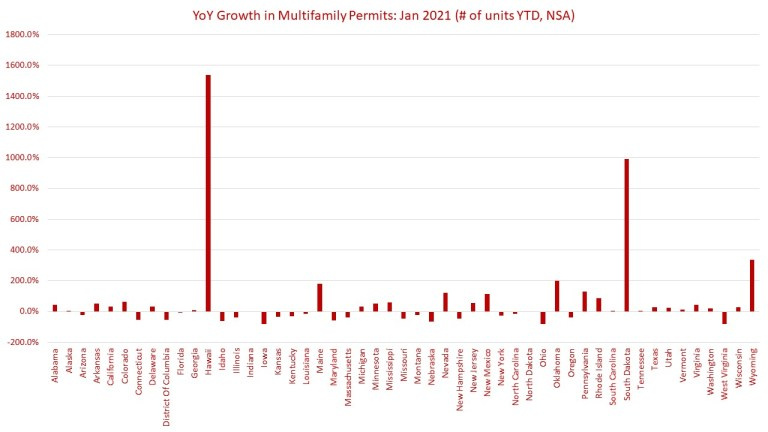 At the local level, below are top 10 metro areas that issued the highest number of single-family permits.

For multifamily permits, below are the top 10 local areas that issued the highest number of permits: