The monthly gains are largely attributed to the strong growth of spending on single-family and improvements. Single-family construction spending rose to a $376.2 billion annual pace in January, up by 3%. It was 24.2% up from January 2020. Remodeling spending, which include spending on remodeling, major replacements, and additions to owner-occupied housing units, rose 2.3% in January, and was 17.9% over a year ago. Meanwhile, multifamily construction spending inched up 0.7%, but still posted net gains, being 16.9% higher than a year ago. 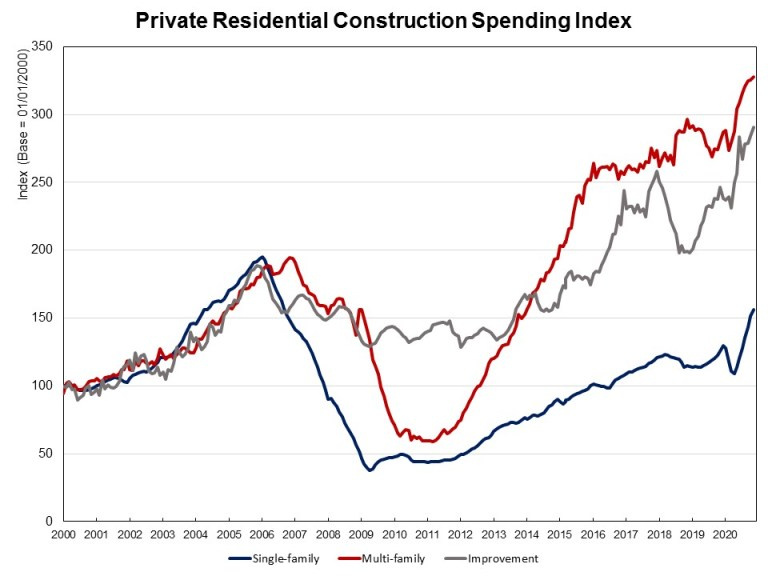 Private nonresidential construction spending edged up 0.4% to a seasonally adjusted annual rate of $447 billion. However, it was 10.1% lower than a year ago. The largest contribution to this month-over-month nonresidential spending increase was made by the class of manufacturing ($3.0 billion), followed by healthcare ($0.4 billion), and communication ($0.2 billion). 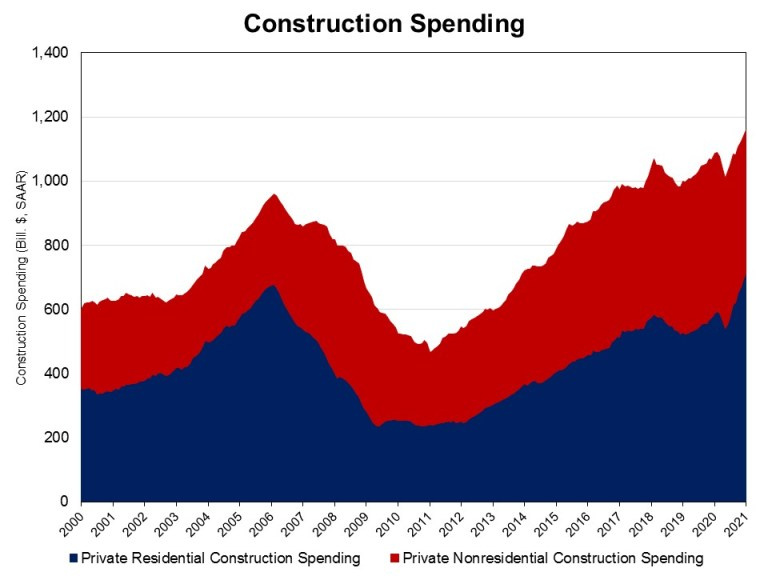